Kochs Build an Edu-monster (or "When Rich People Home School")

The son and daughter-in-law of Super Rich Industrialist Charles Koch have decided to get into the private school business. In Wichita. With a model that seems.... well, both confused and familiar.

You can read about it here in the Miami Herald (for some reason). The school is going to be called "Wonder" and while it is aimed only at 3-11 year olds, it still dreams big-- the motto on its website is "Find a calling. Change the world."

“I’m mostly just a mom that’s passionate about education for her kids,” said Annie Koch, 33, a mother of three children, ages 5, 3 and 3 months.

Well, a really wealthy mom. Who had this thought:

You start to realize, ‘Actually, my kids spend more time at school than they spend with me.’ 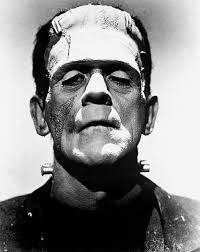 She's partnering with Zach Lahn, whose star began to rise when he was just a college student, and who ended up working for the Koch-backed astro-turf advocacy group Americans for Prosperity, then moving to the Koch's Youth Entrepreneurs program. How did he end up qualified to run a school? He and his wife have kids (ages 4 and 3). Anyway, he says, "We're not inventors. We're just parent catalysts."

So we're talking about one more school launched by amateurs. And like most edu-amateurs, they will borrow from other amateurs, some professionals, and throw in some re-inventing of the wheel. It will be built out of a whole wheelbarrow full of spare parts. The school will include mastery learning (an approach somehow credited to Sal Kahn), some Montessori pre-school, and eventually middle and high school, though they won't have traditional grade levels, either. The floorplan will have flexible seating, with glass walls and open spaces. No traditional grades or report cards or homework- just four to six week theme-based projects culminating in presentations to family and community members. According to their blog, each day will start with a Socratic discussion, followed by setting learning goals for the day. And there's this:

There won’t be any teachers at Wonder, but rather “guides” and “coaches,” Lahn said. The school plans to allow students more say in what, how and at what pace they learn.

And they mean it-- they want graduate students from MIT, not actual teachers.

If some of this sounds vaguely familiar, it may be because you are old enough to remember the Open Schools movement. It emerged in the sixties, and died by the seventies, and I probably wouldn't remember it except that my aunt started one in Connecticut.

Like the Kochs, she had young children whose education she was concerned about. Unlike the Kochs, she had an education background and not a great deal of wealth (her husband, my uncle, was a history teacher in Connecticut and my professional idol-- he stayed in the classroom for fifty years). And like many other pioneers in the open school movement, she gave it up within a decade.

The idea was that children would learn through discovery and exploration, following their own learning impulses without having their freedom hampered by the strictures of a traditional school system. It's an approach that involves a great amount of idealization of children, and my aunt soon reluctantly concluded that it didn't really work. If you give a small child the freedom to just follow their bliss, their bliss isn't very interested in studying stuff or learning new things.

Open schools mostly died out for a variety of reasons, not the least of which is that this is a system that best suits children of privilege. Children who have few of their basic needs met are not primarily thinking, "I wonder what I could learn today."

Of course, Wonder will have one thing my aunt didn't-- and you knew this was coming. When it's time to create those learning mastery skills goals thingies at the start of the day...

This is done using both traditional and proven tech-based learning platforms which utilize artificial intelligence, machine learning, as well as virtual and augmented reality to personalize and focus each child’s learning journey.

Bad news, guys-- there are no proven tech-based learning platforms.

“We think that children are not challenged to the fullest extent that they could be right now,” Lahn said. “We want to challenge them to take on new tasks and greater ownership over what they’re doing.”

One of the ongoing and kind of fascinating discussions in education is about the issue of challenge. There's general agreement that students could be challenged more; there's general disagreement on how to make that happen. But history suggests that the best way to address the issue is not to just count on the children to challenge themselves, particularly when we're dealing with young humans whose challenge plate is already heavily loaded. Now, some of the writing about Wonder suggests that it's the computer software that will challenge and engage the students. So maybe instead of an open school, Wonder is just the latest iteration of algorithm-selected mass-produced custom learning, aka the serving of worksheets by computer software.

Koch acknowledges that their model of school might not be for everyone ("People who are really passionate about having a college-prep academy might not be passionate about what we're doing") and she and Lahn both insist this will not be political at all (which may be one more indicator of what they don't understand about education), but Koch also genuflects at the altar of competition --"We want other people doing this. We want competition...because we feel like that would make us better." And the Not Political At All clashes with ideas like starting the day with questions like "Why do civilizations rise and fall? Does the past determine the future?" or the description of the afternoon project work which will be dedicated to "the solving of complex problems, and building innovative market-oriented solutions."

So 3-11 year olds will push themselves in a system withy no accountability measures and a teacher-free environment, and maker spaces and project based learning (but without teachers), and actually they won't push themselves but will be pushed by computer software. The article doesn't mention tech, but I'm struck by Koch's desire to have competition that will make the school better, because it's not clear what exactly the school is going to do. This is not what happens when folks decide to pioneer a new educational model; this is what happens when rich people decide to home school-- they hire some people to do it for them, sort of, based on what they imagine would be cool for their littles.

Challenging, yet students are free to set the agenda. Self-pacing, but all units will take place in a 4-6 week time span. No actual teachers, and yet somebody is going to have to design all these projects. Not political, but based on a free market ideology. It's possible that "Wonder" is short for "I wonder what the heck we're going to do here," but it feels more like a way for privileged parents to get their children out of public school, as envisioned by folks who don't know how school works (and whose children aren't old enough to have much of an opinion themselves.) Koch says she feels that the school-ish thingy she's launching "could have a big impact."

I'm betting not. This sounds like a Frankenstein's monster built out of parts of all the failed education ideas of the last fifty years, from open schools to learning machines, to the removal of teachers entirely, to indoctrination of children with right wing political notions. Maybe the school has a better plan than the write-ups suggest. The one thing we can be sure of is that this privileged home schooling project will not run out of money any time soon.