Most folks looked at the mass murders of students and faculty at Marjory Stoneman Douglass High and saw an unspeakable horror, a moment for national mourning and action. Unfortunately, some looked at it and saw a call to defend gun ownership against people who dared to think that human lives are more important than gun ownership. 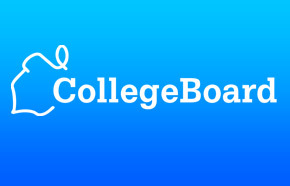 And then there's David Coleman's College Board. Somebody there looked at the loss of life in Florida and saw, apparently, a marketing opportunity.

Wednesday, the College Board reportedly sent out an email to admissions leaders over the signature of College Board president (and Common Core architect) David Coleman.

"The shootings in Florida reverberate throughout our halls, hearts and minds," the letter begins. Then it gets down to business. Coleman (or whoever wrote the letter-- I'll give him the benefit of that doubt) goes on to praise the speech by Emma Gonzalez, noting that "One of the things that makes Emma's speech so striking is that is infused with references to her AP Government class" AP tests, and the AP classes that lead up to them, are a product of the College Board.

Coleman (or someone) also praises David Hogg whose "words honor Advanced Placement teachers everywhere, for they reflect their power to open worlds and futures to readers."

I do not write today to endorse Emma's every word; her speech may have benefited from a less partisan approach and an attempt to better understand the positions of gun rights proponents.

So the letter not only tries to use the students as advertising props, but it simultaneously criticizes them and undercuts their position.

The letter hit twitter along with the less-than-impressed reactions of some admissions officers.

In all seriousness, who are the individuals at the @CollegeBoard that wrote and approved the sending of this message?! Absolutely disgusted with bthis horrible judgment.

It's an astonishingly lousy moment for the College Board; I'm not sure who needs to be fired and what kind of apology needs to be issued, but something sure needs to happen. We'll see if somebody there has enough sense to figure out what to do next.

[Update: Somebody did. An apology of sorts followed, although not from David Coleman himself, which adds fuel to the notion that he did indeed write the spectacularly bad original note. Which would not be a surprise.]

Posted by Peter Greene at Thursday, February 22, 2018
Email ThisBlogThis!Share to TwitterShare to FacebookShare to Pinterest