Everyone who has taught for more than ten minutes had heard this question-- why are we studying this stuff?

The question has several siblings-- what's the point of this, when am I ever going to use this, or this is stupid.

In fact, the question is implied by many modern ed reformsters who keep trying to reframe education as job training, so that the only acceptable answer to the question is "because someday someone will be willing to pay you for having this skill," which is a tiny, meager, small-brained conception of education. 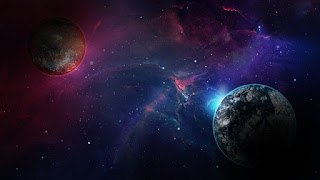 As a classroom teacher, you should always be able to answer this question in the specific. If you don't know why you're teaching something, or you don't have a better answer than "because someone told me to," you shouldn't be teaching that unit at all. I warn my own students to think twice about asking The Question because if they ask me, I will answer them. So if they really just want to complain, they should just complain.

But behind the specific answers about specific questions about specific content (quadratic equations, Spanish Inquisition, identifying gerund phrases, etc), there are some larger questions and answers that we should also be able to answer, because they are why we are in a classroom teaching at all. These broad answers speak to our fundamental values as educators in a broad yet personal way. Here's how I respond. It may not be your response, and that's cool, but it is mine.

First, nobody has ever been hurt by knowing too much. I've talked to hundreds of former students and thousands of grown humans, and I have never heard anyone say, "Damn, I wish I hadn't learned so much in school, because knowing a bunch of stuff has really messed up my life." Yes, in fifty years, I have used the quadratic equation very close to never. Yet learning it didn't hurt me a bit, and undoubtedly helped.

How? Well, consider this. Our football players spend a lot of time in the off season working out and lifting weights. Yet they will never play a football game in which play action stops while team members have a leg lift competition mid field. So why spend time on a skill that they'll never use in a game? Because, of course, they're developing muscles that they will use during in a game.

Math builds the muscles that see connections and relationships. Physical activities, whether phys ed or shop or home ec, help us better understand our own physical shells. The Arts help build the muscles of expression and understanding. The Sciences help us better understand how the world actually works (and, in the best programs, how to "know" something). History is our most fundamental human activity whether applied to the American Revolution or Pat and Chris's big fight at the dance-- what happened, why did it happen, what caused it to happen, what will it change about what happens next, and how do the people involved fit in? And English builds the muscles used to understand and communicate all our understanding. None of these are a waste of anyone's time.

There are folks who will suggest that some of this is unnecessary. The whole premise of the test-centered education concept launched by No Child Left Behind is that nobody really needs to learn anything except rudimentary reading and math. Sometimes it's about economics-- some folks just don't want to pay for a bunch of unnecessary frills for Those Peoples' Children. In the case of the corporate wing of ed reform, they would prefer that their meat widgets get any "extra" education because it might give them ideas-- just teach them enough to make them vocationally useful and reasonably compliant.

But if our educational mission (indeed, our human mission) is to understand what it means and how best to be fully human in the world, then what could possibly be "extra" or "unnecessary" learning? It's an educational mission that takes a lifetime-- at best we can hope that K-12 helps set the stage and teach the habits of mind necessary for the long haul.

Frederick Douglass tells the story of Mrs. Auld, a slave owner how at first taught him the alphabet and the beginnings of reading, but then had to learn from her husband that too much education for slaves was a dangerous and undesirable thing. His striking insight is not just that this was an attempt to diminish him, but that in denying him this human growth and connection, Mrs. Auld diminished her own humanity.

Treating any learning as "too much" is always diminishing, and while we can all see examples of people whose lives (and the lives of people around them) suffer because of their own ignorance, there is nothing more striking than seeing a man who deliberately cloaks himself in ignorance, who acquires great riches and rises to one of the highest positions in the world, and yet who is clearly miserable, overflowing with toxicity, because he does not understand himself or the world or how to be fully human in it. Yes, he's dangerous, but he's also a giant object lesson.

Yes, our time is finite and therefor to be spent thoughtfully, with an eye on what return we get from the spending. But do not tell me that there is learning which is simply a waste, useless, or too much. Everything is a piece of the world and human experience, and therefor everything is a piece of the puzzle, and every puzzle piece is worth acquiring. Why are we studying this stuff? Because understanding this stuff-- the world, our humanity, the business of making our way through it-- is everything.
Posted by Peter Greene at Saturday, February 10, 2018