Another charter school has A) left its students high and dry and B) turned out to be a money-making scam for some con artist. 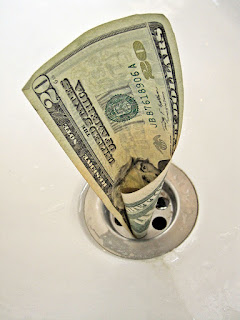 Yes, I know this kind of story is beyond repetitious at this point, but as teachers know, repetition is often a critical part of education, and people need to hear about these charter fails until it sinks in that they are the rule, and not the exception.

This time it's the Discovery Creemos Academy (formerly known as the Bradley Academy of Excellence) in Goodyear, Arizona. (just a little bit west of Phoenix). Here's the first part of the message on their website:

We are deeply sorry, and it is with a heavy heart, that we announce classes at our school are suspended indefinitely, effective immediately.  We are terribly pained to find ourselves in this unfortunate situation and, most importantly, the potential negative effect this may have on you, your families and our students.

Yep. Citing an "endless barrage" of financial "adversities," the school is "tragically" closing. Because it's a business, not a school, and so it has to make the business decision of giving up when it's not making enough money.

The school's financial troubles might have been related to financial success of its president and CEO Daniel Hughes. Hughes is the head of the academy, but he also owns and operates Creemos, the educational program contracting outfit that Hughes "hired" to provide various services for the charter school. According to LinkedIn , the Creemos Association "employs a variety of programs to improve the overall educational experience in it's [sic] academies and in the communities that our students call home." Danile Hughes also turns up as the head of Hughes Collaborative, whose only other listed official is Brittany Hughes. The blurb at their website says that "As a determined and successful entrepreneur Mr. Hughes has fostered and cultivated a long line of profitable, sustainable, socially responsible, and environmentally friendly businesses connecting and cultivating relationships in communities throughout the United States." That firm offers a variety of consulting services, and is high on "Gen C'dings" ("seedings-- get it?) though the companies listed are, again, more of his companies, including some of those that appear under the Creemos banner.

Which brings us back to the academy. According to reporter Morgan Loew, the academy paid almost $1 million to Creemos in 2015 alone. So while the charter school was struggling financially, Hughes other businesses are profiting nicely. And now several hundred students are left scrambling to enroll in a new school halfway through the year.  The academy's unsigned letter is effusively weepy ("You are loved and appreciated") as well as letting us know that they are suffering (some staff members have been receiving death threats), but it's not so much an apology as a rationalization ("this decision is the right decision, and in the bigger picture, we know that all will be better served by making this transition now.")

So, Hughes gets rich, the students and their families are abandoned, and a whole bunch of taxpayer money vanishes.

[Update: as noted in a comment below, Hughes carefully waited till the 100th day, thereby insuring that he would collect all the money for the students he enrolled. The schools that pick them up now will get nothing.]

This is not an abnormal story for Arizona, which has aggressively pursued charter school expansion. A three year study by the centrist thinky tank Grand Canyon Institute found that charter administrators are paid more, teachers are paid less, and self-dealing is rampant.

Arizona is full of this sort of baloney (and they, of course, are not alone). Operators, including some like Hughes who specialize in consulting argle bargle but who don't actually know anything about education, get rich, and students and their families and the taxpayers who fork over their hard-earned tax dollars in the expectation that the next generation of citizens will get a decent education-- all of those folks get shafted. Daniel Hughes wasn't the first to pull this hustle, and until Arizona gets smart about how it handles charters, he certainly won't be the last.
Posted by Peter Greene at Friday, February 02, 2018