Hess: The Promise and New Rhetoric of School Choice

Regular readers know that I have a measure of respect for Rich Hess (AEI) among the reformsters, and today he has published a defense of school choice in US News. It's articulate and thoughtful. 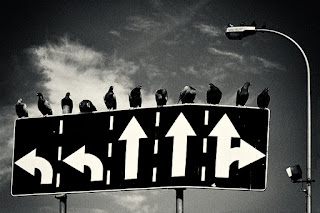 He opens with a concern that we might be arguing too much about outcomes. This is ironic, since the choice movement was launched primarily on the promise of better outcomes, coupled with the assertion that public school outcomes were terrible. Choice was necessary, we were told, to rescue students from failing public schools. But the rhetoric of the choice movement has shifted, and in Hess's piece, we can see the shift before our very eyes. Hess worries that "amidst these energetic debates" about outcomes, evidence, and cost, a larger point is being lost.

While choice advocates tend to talk mechanistically about the results of "randomized control trials" or the failures of "bureaucratic monopolies," the real promise of school choice is its humane, empowering and organic vision of educational improvement.

Choice is not an "intervention" or a "pill."

If we're being honest, the promise of school choice is not that, tomorrow, schools will magically be "better." The promise is that, over the long haul, things like charter schooling, voucher programs and educational savings accounts will create room for individuals to innovate, problem-solve and build. They can empower educators and families to create and choose better schools.

Remember when charter/choice advocates declared that students couldn't wait one more day for public schools to get better. Now that charter/choice schools have discovered they can't make magic overnight (well, except for that one trick where they make a whole school vanish overnight), the urgency has been dialed back.

But central to the new sales pitch is the story of parent empowerment. The new pitch is that if we just put the power in parent hands, the educational world will be better. That's an arguable point-- some parents are awesome, but every teacher has stories of students who would have been better off raised by wolves (my true stories include the father who spent the utility money on beer and the mother who tried to run over her daughter with a car). But let's agree that parents are by and large responsible and concerned.

More precisely, they only empower parents of Highly Desirable Children. Students with high ability, great test scores, and engaged parents are able to pick and choose the school they want (provided, in some cases, that they also attend the right church, follow a traditional gender orientation, and are born the correct ethnicity). But parents of Less Desirable Children do not get to choose a school to attend, because ultimately in a choice system, it is the schools that get to choose.

Consider what this means, for instance, to a parent of a child with special needs. It is true that public schools often are reluctant to properly meet those needs, and parents end up in court-- but parents end up in court precisely because the law does not give public schools a choice-- they MUST meet the needs of those students. Yes, it stinks that the parents have to go to court, but at least they have the leverage of the law. Any private school can simply show them the door-- if you don't think we're meeting your child's needs, your option is to vote with your feet. Charter and private schools can make their position clear right up front-- "You're welcome to apply, of course, but we don't hire any staff with the expertise to run a program to help your child."

Or consider the article today by Anya Kamanetz, showing how charters have learned to repeat the mantra "I trust parents," but use and manipulate those parents as political tools.

This is not parent empowerment.

When the school has the final say over whether a child can attend, or continue to attend that school, that is not parent empowerment.

A choice system also disempowers taxpayers without children. That means employers, neighbors, fellow citizens, grandparents-- it is the very definition of taxation without representation. Under a choice system, you can be a black citizen paying taxes to support a school that teaches you would be better off as a slave, and there's no place for you to complain about it. Do public schools include some horrifying pockets of inexcusable racism? Absolutely-- but taxpayers have a recourse in those cases. In a choice system, they have none. That is not empowerment.

But Hess is interested in empowering some other folks as well.

The logic becomes easier to grasp if you spend much time talking school improvement with principals or district leaders. Conversations are peppered with phrases like, "I'd like to do this but the contract requires..." or "I'd like to pay them more but HR says..." and "I'd love to move those dollars but we're not allowed." Educators wrestle with inherited rules, regulations and contract provisions that may no longer make sense but which can be extraordinarily difficult to change. Even when formally allowed to act, school and system leaders are hamstrung by ingrained customs and culture.

This is old school charter/choice rhetoric, linked to the Visionary CEO school of school management-- the CEO should be free to do whatever he wants to do. But the absence of rules does not always lead to vitality (ask the other Koch brother William, who discovered that his charter was a financial and organizational mess). There's no doubt that many schools suffer from government mandates that make life difficult for the school-- but then, as some charter/choice fans like to point out, the school isn't supposed to be organized for the convenience of the adults. See above example of parents taking schools to court over failure to meet requirements of state and federal law.

Laws can be changed for public schools as easily as they can be dropped for charter/choice schools-- unless, of course, it turns out that the laws provide important protections for students. The reference to contracts is a red herring-- nobody is operating under a teacher contract longer than a couple of years, meaning opportunities to renegotiate appear often. "Custom and culture" often exist for good reasons (though sometimes for terrible ones).

Few older organizations, in any sector, are good at managing change. Organizations grow rigid with time, which makes it difficult to take advantage of new technology or address changing needs. When we tell educators that the only path to reimagining schools or schooling is to "fix" aged systems or schools, we can put them in a nearly impossible position.

Well, when you talk about anything as the "only" path to better schools, we get suspicious, and certainly no less so when you are not actually educators yourselves. But generally speaking, those of us who work in public education eat impossible for breakfast. It's private and charter school operators who are more likely to say, "This is impossible. Therefor, we are closing up shop."

It's not like school districts never change. They change all the time. But the changes tend to be cosmetic and inch-deep, precisely because bigger changes create discomfort and require painful modifications to existing rules, contracts and routines. This can make it prohibitive to launch a new school or reconfigure an old one.

At least Hess doesn't embrace the ridiculous "schools haven't changed in 100 years" line. But I think he's skipping over something important-- schools are conservative about change because we are working with real live young humans. Ultimately I haven't been railing against the Common Core and the Big Standardized Test because those reforms inconvenienced me or made me uncomfortable or damaged my routine, but because they have been bad for the education of the young humans for whom I have accepted responsibility. "First, do no harm" is an implied portion of my teacherly oath, and these policies have been harmful. Too many days I have been "uncomfortable" because I feel like a surgeon told that the new protocol for heart surgery is to make incisions with a rusty shovel.

Before they can even get started, educators seeking transformative change have to exhaust themselves just battling for permission to act.

School choice makes it far easier to start new schools, which can settle on a clear and coherent purpose from the outset. New schools can adopt the kinds of instructional programs, calendars and staffing models they want without having to unwind what's already there or negotiate with skeptical stakeholders.

School choice also makes it far easier to launch new forms of educational malpractice without anyone in place to say, "Now hold on." And they can settle on a clear and coherent purpose-- or they can not. And as practiced in most states, they can allow any fraud or scam artist to bilk the taxpayers at the expense of students who can never get the wasted years back. And while doing that, they can also strip resources away from the students who are still in public schools (the same students that the charter/choice operators manage not to choose for their schools).

But because school choice is an opportunity and not a solution, its success rests on having the ecosystem in place to cultivate and support good new schools. Since they first entered the picture more than a quarter-century ago, charter schooling and school voucher programs have enjoyed real success, but far less than advocates anticipated. I suspect this is partly because many advocates spent so much energy insisting that choice "works" that they spent less time than they should have focusing on what it takes to make it likely that choice will work.

I sort of agree with this (except maybe the "real success" part), though I would add that in most cases, advocates know exactly what it takes to make charter success more likely-- they just don't like it. They have valued autonomy over accountability. They have placed business concerns over educational concerns. They have put dollars over children. Or they have refused to discuss the true cost of operating multiple school systems. Or they have placed more value on amateur-hour "transformative" ideas over the experience and knowledge of education professionals. Or they have put the entrepreneurial dream ($600 billion dollars just sitting there, ripe for the taking!!) over the public education dream of getting a decent education for every single child.

In the end, the right way to think about choice is not as Dr. Pendergrast's Miracle Salve but as an opportunity to empower educators, entrepreneurs and parents.

The problem is that at this point, only one of the three groups has been consistently empowered by the modern charter/choice movement. The language of empowerment is certainly a better sell than the old language of salvation and rescue, but as charter/choice stands right now, it is no more accurate.