Well, that, of course, was clickbaity, because there is no NFL shortage, no lack of players to put their bodies on the line to play football. And yet we continue to see pieces about how the teacher pipeline is drying up. So, since I'll be ignoring the Super Bowl today, I thought maybe I could be a little sporty in this space and ask the question-- what difference between these two endeavors could explain the differences in staffing issues? 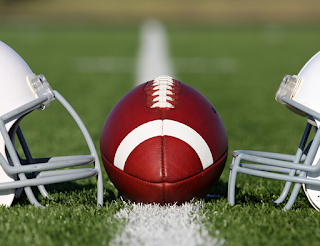 It's not like NFL play is all glamorous. It's physically demanding, often with consequences for the rest of the player's life. There's a ton of travel, and an entire industry devoted to second-guessing your every choice. So it's not like there's no downside.

Still, the pay is pretty good. Fabulously good if you are a top player. Nobody running an NFL tam says, "Look, we're just going to pay this salary, and if the players don't want to stick around, we'll just fill the spots with someone else. If we have to, we'll just drop all the usual requirements and hire some skinny small guys who think they might like to try it even though they never played in college or high school. They probably won't last long, but we can just replace them with some other warm body. I mean, who cares if we are turning over half the team every year."

Nobody in the NFL says that because nobody imagines you can just player-proof a team by coming up with a system so foolproof (developed by guys who never played the game) that you can just plug any warm body into any position and it won't make any difference. No, the NFL recognizes that it takes players with particular gifts, skills, and experience, and if you want them, you'll have to make them an offer they're willing to accept. Professional football teams are not composed of easily-replaced, highly-interchangeable widgets.

Nor can we underestimate the amount of esteem that comes with the job. Sure, there are folks who are unimpressed by professional athletes, and it is definitely concerning that you can be kind of rapey and still be a well-regarded hero. With that much money and attention on the line, there are a host of abuses that can become a problem. But just look at all the support they get-- a massive staff, spare-no-expense facilities, an entire infrastructure devoted to helping them be their very best.

I live in football country. One of my former students became an NFL pro, I work with a guy (substitute teacher and coach) who had a good career in the seventies, and one of our great home town heroes was a successful NFL coach. I always have students who aspire to a sports career, and very little seems to affect that front end interest in the Football Player Pipeline.

The bottom line is that the NFL doesn't have a player shortage because they work hard to make sure they don't. They don't try to devalue the job and players, and they don't lower their standards so that they can get by on the cheap. Yes, the comparison isn't perfect-- the NFL has fewer total slots of to fill, and their treatment of linemen is somewhat crappier than their treatment of a star quarterback. But when I hear someone else bemoaning the teacher shortage [sic], I'm always reminded of enterprises like the NFL where management doesn't try to pretend they want the best, but does whatever they need to do to get the best. This is markedly different from education, where our words indicate we want the best and the brightest, and we want to get them the best possible tools and support to do their job-- but our words say that we really don't care about any of that. Get in your room, settle for the salary we want to give you, stop asking for supplies we won't get you, if you're nice to the office secretary she might do you a single favor some day, and, yeah, maybe we'll get you a complete class set of current textbooks, someday.

When you really want champions, you find a way to attract and support them. Otherwise, you just have to hope that they love the game well enough to devote themselves on their own.

And because I know you've been thinking about it as you read this post, let me leave you with this classic Key and Peele sketch.