One more thing about the Gun Problem, and then I'll get back to other things. Probably. 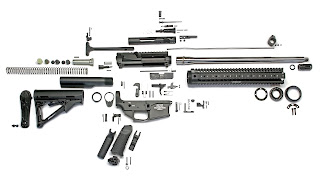 When guys like Marco Rubio say, "There's no point in doing any sort of regulation because these guys will still do their evil things," they are being what we could generously call "disingenuous." If we are feeling less generous we can call it "lying."

They know how this works.

Obstacles, even small ones, placed in the path of certain behavior can make that behavior far less likely. Locking the front door stop a moderately determined burglar, but it still makes burglary far less likely.

But as I sad, they know how this works. We know they know, because they have used the tactics of reduction themselves.

Look at voting. The GOP knows that it cannot entirely eliminate voting by blacks or college students (groups that traditionally skew Democrat), but they also know that if they can just put a few obstacles in the path of that vote, it will make a difference. Close some polls so that lines are long at others, or so that college students must take a buss cross town, or add ID requirements that are harder for some folks to meet. It won't end voting by your opponents, but it will reduce it.

Likewise, look at the work of anti-abortion activists. When they lost on the issue of flat-out outlawing abortion, they switched to the tactics of reduction. Just keep putting small obstacles in the path of pregnant women, and at least some of them would not have an abortion. Make it a little harder to open a clinic so that it would be a little bit harder to get to a clinic. Add a waiting period. Make the woman look at pictures and videos and ultrasounds.

Nobody added these obstacles to getting an abortion sayin, "Oh, yeah-- this will totally end all abortions forever." What they said was, "This will keep some abortions from happening, and if we stop even a few, that'll be worth it."

So when someone like Rubio makes the claim that lefties just ant to ban all guns because those lefties think a gun ban will end all school shootings forever, he knows he's full of baloney. That's not what folks are proposing, and that's not what they expect will happen.


"If we ban guns they will just find another way."

Then let them find another way. Let them try to kill dozens in a matter of minutes with a goddamn butter knife. Let them hurl stones. Let's force mass murders to get creative as hell. Because I'm tired of it being easy for them.
— Geraldine (@everywhereist) February 16, 2018


We made assault rifles illegal for a decade; it helped. We won't make school shootings impossible, but we can use the tactics of reduction to make them harder, and if that saves even a few children, well, that seems like a good thing. And GOP politicians know it's true.