There was a shooting yesterday in New Mexico. Two students were killed; the shooter is dead as well.

Hadn't heard about it? Or the shooting the day before in Colorado? That's understandable-- I just completed a cursory search of various news sites online, and only a couple included the story at all, and none included it as a major story. It's true that many sites use some form of click-based ranking-- the more people who click on the story, the more prominently it's featured on the page. I'm not sure whether that makes me feel better, or worse. Probably worse. 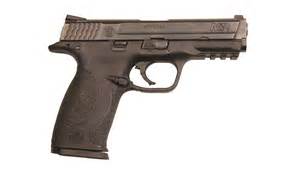 We have a new standard for coverage of school shootings in this country-- it's only news if it sets a new record of some sort. Usually that means highest body count. That's grim news indeed-- if your goal is to become famous as a school shooter, and you're paying attention, then you have to know that you'll only get there with a super-high body count. This may qualify as the most perverse incentive ever.

There was a time when any death in a school was news. It was shocking. It was alarming. Schools would shut down over the slightest hint that they might be targeted by some shooter.

We seem to have turned a corner. As many folks have noted, about the time we decided that the deaths of twenty children at Sandy Hook were sad, but not a reason to actually do anything. When we decided that the price of freedom is to occasionally have small children killed, their bodies violated by bullets-- well, after that point, there hardly seems any reason to make a fuss about it any more. Just another day. Dog bites man. Shooter kills students. Thoughts and prayers.

What seems most incredible these days are the conspiracy theorists who cry "False flag" for these shootings. Their concern is that the government will use the shooting as a reason to implement gun control. Which is truly ridiculous. The national debate about gun control is over, and the gun fans and the NRA won-- we're going to continue to do nothing, and we'll just write off the shooting deaths as the price of freedom.

Meanwhile, those of us who work in schools drill for active shooters as regularly as we drill for tornadoes or severe weather. Taxpayers will pay for door lock systems and camera surveiilance around the building. Occasionally we'll be subject to really alarming active shooter drills. And if we discuss solutions at all, it will be ridiculous ones, like arming teachers in the building.

I don't have any quick and easy answers to any of this, but I can't help noticing that this is one more sad commentary on how little we as a society actually value children. And if we can't even get serious about keeping them safe from harm, how can we get serious about giving them a decent education.

No, we've decided that a certain small percentage of our children are expendable, less valuable than my right to carry a gun around, to keep a firearm in my home or car or holster because, you know, if a man's not free to blow a hole in something or someone with a gun, then a man's just not free at all. And if the cost of that freedom is a few children killed every week, well, so be it. And in the meantime, we might as well adjust to this new normal by ceasing to make a fuss about it. IF it ain't a new record, it ain't news. Dog bites man. Shooter kills students. Thoughts and prayers.
Posted by Peter Greene at Friday, December 08, 2017