Who is he? An educational expert? A big name in the study of pedagogy? A guy with expertise in leading a school system? A person who's created a lot of valuable and successful educational material? 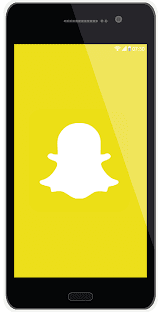 Nope. He's the chairman of Snap, the parent company of Snapchat, that social media app that your students love and you can't figure out how to work. Lynton is also the former chairman-CEO of Sony Entertainment. And he's not completely new to Pearson-- he worked for the publishing giant back in the late 90s as head of their Penguin Group.He has some other entertainment and publishing world credits as well.

Why Lynton? A plausible explanation is that Pearson has long banked its health on being able to conquer the digitizing and datafication of education, and Lynton fits that vision.

“The Pearson board and leadership already has strong digital talent and expertise, and Michael’s appointment augments that perfectly,” Pearson chairman Sidney Taurel said in a statement. “His experience and perspective will further strengthen Pearson and drive our transformation to be a more focused, simpler digital learning company.”

A fresh set of eyes may be called for, as Pearson's attempt to conquer US education via Common Core hasn't exactly gone as planned. Just last spring there was speculation they might be getting out of that market.  But Lynton is a believer:

Education is the next frontier in the digital revolution and Pearson is uniquely well placed to lead the way. I’m impressed by the major investment in the products of the future and the creation of a single, global learning platform.

A single global learning platform. There is no reason, of course, to believe that such a platform would be good for education. But, wow-- would it ever be profitable as hell, particularly with its ability to gather, mine, and crunch data, a long-favorite vision of Pearson honcho Michael Barber.

Snapchat made a name for itself as a platform for sending messages and pictures that would immediately disappear, but I'm not sure I see how useful that approach would be for education. But if my students are any measure, Snapchat has been hugely successful at reaching the teen market, and I'm sure Pearson would find that helpful.

If nothing else, Pearson's acquisition of Lynton is a reminder that in the world of corporate ed reform, education credentials are not only unnecessary, but not particularly desirable. It's a business, run with business values and business goals.