Are Two Tiers the Right Choice?

I have long argued against a two-tiered education system. I may be wrong.


I was thinking about the two tiers last night as I was busy hollering at my elected representatives on twitter and facebook and the phone (I would have dispatched pigeons if I had them). It has long been a political go-to line to talk about the Two America's, usually as part of a promise to bring them together. I don't recall ever seeing such a brazen attempt to take the Two America's and build a bigger wall between them. 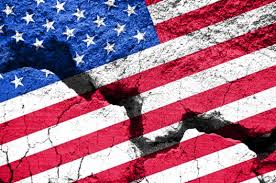 We could talk about the specifics of the Republic Tax Bill, but of course nobody really knows all the provisions (except maybe the corporate lobbyists who wrote them) because the bill was rammed through quickly without debate, discussion, or even being read first. But we know the broad outlines-- give more money to the rich. Give some pennies to everyone else, but only for a year or two-- and those pennies will be eaten up by all the other costs that the non-wealthy will bear. We will have a country where for some people $500 is lunch money chump change and for some people $500 is the difference between survival and financial ruin.

We could talk about the proven failure of trickle down economics, the approach that hasn't worked, ever. Nor does it make sense that it would. I don't spend more on my business just because I've got more money-- I expand my business because I think there's enough demand to support it. And demand does not grow because ten rich guys each have a few billion more. Demand grows because a billion poor and middle class people have more money to spend-- and the security to believe they don't have to hold onto it as a safeguard against unexpected disaster. Taking on a trillion or two in debt so that rich people can be richer doesn't help.

But wait-- you say-- aren't the Republicans eternally concerned about our Huge Deficit. How can they add a trillion to that already-huge gap? That, of course, will be Act II of this play. Some day in the not-too-distant future, the GOP will look around and go, "Holy smokes! Look at that huge deficit! We'd better start cutting things like Medicare and Medicaid and Social Security." Orrin Hatch has already stated that "we don't have money" to re-instate CHIP, the health insurance program for children.

Has the GOP horribly miscalculated, opening itself up to a blue wave in 2018? Maybe, but I'm not feeling very optimistic this morning, so I'm going to say that 1) the donor class will provide huge campaign financing, 2) the Democrats will nominate dopes and 3) the low-information voters who do get some sort of tax benefit in the first year will fail to notice that it disappears completely after the election.

So maybe we do need a two-tiered system of schools in this country. One tier for the wealthy, some nice private schools (complete with vouchers that give yet another kickback of tax dollars to the rich) that prepare them to be future leaders and well-off masters of the universe. And then another tier for those who had the misfortune to be poor and must be prepared to live on the bottom rungs of the ladder, because there is no hope in hell that they will ever get out. Oh, sure, a handful now and then will be found worthy, just to keep the fiction alive that we still have the prospect of upward mobility in this country (and always making sure to include a person or two of color so that it's clear, you know, that we aren't that racist). But mostly they will need the skills and training to survive in America's basement, because if they're born there, they will probably stay there, always living one health problem or bad accident away from financial ruin, never able to afford any education after high school, and condemned to a high school that is either an underfunded public school or a selective and possibly fraudulent charter school, established specifically to help them be more comfortable in their proper place (perhaps delivered through some half-assed software program that maintains their permanent personnel file for the convenience of their corporate overlords). Certainly this is what some people already envision; it's what Betsy DeVos means when she suggests that students should be "allowed" to go to school in a place that's the "best fit," like a snotty rich girl in an 80s comedy looking down her nose at lower class children and saying, "Dear, wouldn't you be happier somewhere with your own kind?"

Maybe asking one public school system to serve both Americas is too much.

Sorry to be so grim. I'm sure I'll rally. But this morning it feels as if the ed reform debates are simply the tail on a larger dog that is busily devouring some of the basic ideals that have previously driven this country. It feels as if somehow we've just lost the whole American plot, and the drive to bust up public education and sell off the pieces is just one more symptom.
Posted by Peter Greene at Saturday, December 02, 2017