The Failure of Test Prep Nation

Bill Gates said it would take us ten years to see if  "this stuff" (aka Common Core and its attendant testing baloney) would work  It's increasingly clear that we won't have to wait that long.

Right up front, I want to be clear-- I could not care less about the results of the PISA or the PIRLS or any other Big Standardized Test that pretends to measure the educational achievement and effectiveness of students, teachers, schools, or nations.

But this is the game reformsters wanted to play, the game at which they promised us a win, so by all means-- let's see if they delivered.

And the answer continues to be, "Nope." 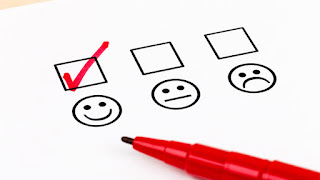 And yet, these are the students who have had a lifetime of test prep. They have been soaked in Common Core since Day One, and to an even greater extent, soaked in the discipline of using Common Core as directed test prep for each state's Big Standardized Test.

This was necessary, we were told over and over again, to keep the US competitive internationally. We were getting beaten by Estonia! Do you want to get beaten by Estonia? At one point, reformsters even tried to make our test-taking readiness, our best-of-show bubbling, a matter of national security! We needed Common Core and the attached battery of BS Tests to get the next generation ready to whip Estonia, to get the US back on top! We would become Test Prep Nation.

And so they arranged to hijack that next generation. Educational experts be damned-- kindergarten had better become the new First Grade (or maybe Second Grade) so that we could start cramming academics and test-taking skills into the brains of those little slackers. Third graders wouldn't even be allowed into Fourth Grade until they could prove they were willing and able to pass a standardized reading test (never mind their actual reading skills-- we need them to score well on that damn test).  Education experts and professionals and parents of all shapes and sizes said, "This is a bad idea. A really bad idea. Do you even have a shred of evidence that national standards and a test-based accountability system do any good, ever?"

"Hush up,' said (some) reformsters. "Just follow our plan and watch those scores rise."

And it hasn't happened. It hasn't even happened a little.

Not that we should brace ourselves for the apologies and walkbacks and reconsideration of these bold ideas. Ed Secretary Betsy DeVos offered this reaction:

Our students can’t move ahead – in school or in life – if they’re falling behind in reading. We must do better for students, parents & educators. We must #RethinkSchool

Sigh. Not entirely untrue on the necessity of reading skills, but there is a difference-- a deep, profound, significant difference-- between being able to read well and being able to score well on a standardized reading test (particularly a crappy one). And being able to read is a good first step, but it helps is the economy for poor folks isn't being trashed and the social safety net isn't in tatters and employers are paying a true living wage for work.

And teachers everywhere are bracing themselves for the inevitable "Well, the Core and the BS Tests are awesome. This should be working. Those damned public school teachers are screwing everything up. What we need are more vouchers and charters!"

Meanwhile, we have to watch our international standing. As (some) reformsters warned, low test scores are arriving at the same time that US international stature and leadership are decaying. Could it be that PISA and PIRLS scores really are the problem? Or could there be some other explanation that doesn't involve fourth graders?
Posted by Peter Greene at Monday, December 11, 2017