Why Churches Should Hate School Vouchers

It seems clear that the wall between church and state, particularly when it comes to educational voucher programs, is collapsing like a stack of cheerios in a stiff wind. This is not good for a variety of reasons, but those reasons do not all belong to supporters of public education. Even before I was a cranky blogger, I was telling folks that religious institutions should be right out there resisting vouchers, and that if school vouchers with no regard for the church and state wall ever became law, churches would rue the day just as much as anyone, if not more. 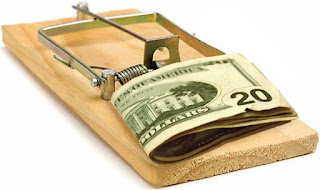 So what's my point? Why should churches want to get that stack of cheerios back up and fortified?

It's important to remember that the separation of church and state is not just for the state's benefit-- it protects churches as well. Once Betsy DeVos and Mike Pence get their way (I'm not convinced that Trump either knows or understands any of the issues here), here's how things are going to go south.

First, tax dollars for education will still be directed by the politicians in capitals. That means that churches will have to become experienced in the business of political pandering. And this is not my prediction for the future-- it is happening right now.Caitlin Emma at Politico is reporting today on the Catholic Church's are meeting with GOP lawmakers and administration officials to see if the Trump-DeVos voucher plan can be implemented in such a way as the be financially beneficial for parochial schools.

Let that sink in. Church officials are going to try to cut a deal, with politicians, for money. In a no-walls voucher world, churches and other religious groups financially dependent on the good will of politicians will have to make sure they stay on the good side of politicians. Church leaders will have to consider "This guy is odious and spits in the face of everything we believe, but we need him to keep the money flowing to us." Did I mention that Catholic Church officials are meeting with Trump administration officials? Once several different religions and denominations get involved, just how much religious lobbying will be required to argue how the education dollar pie is sliced up?

And these are critical issues to the churches involved. Parochial schools are in trouble, with too few enrollees to keep open. My own county's parochial high school just pulled out all the stops to convince the diocese to keep the school open despite low enrollment. The diocese finally said yes-for-now, and I wonder how much of that was in anticipation of DeVosian vouchers. But that means that government becomes the decider. What do churches do when government officials say, "Well, your enrollment has dropped, so the free market says to us that your school must close." How much control of their religious schools are churches willing to trade for money?

The second issue hasn't happened yet, but here's how it's going to go.

Somebody is going to try to cash in on voucher money or make a point or indulge in performance art, and taxpayers will be horrified to learn that their tax dollars are going to support a school that promotes satanism or pushes sharia law or teaches that all white folks are evil (I am confining myself to outrageous things that will outrage people-- the list of outrageous things that people will happily put up with is a longer list).

So in the storm of outrage, taxpayers will demand that government make sure not to send voucher dollars to That School That Teaches Those Awful Things. Politicians will ride that wave, and before you know it, we will have a government agency whose mandate is to decide which churches are "legitimate" and voila-- the Government Bureau of Church Regulation.

You can say that this would be fine with you because obviously such a bureau would concentrate on shutting down Obviously Wrong Religions, and I will say that you don't know your Christian church history very well. For instance, the wacky nickname that many conservative Christians used to have for the Catholic Church-- "the whore of Babylon". Today there are still folks who consider the Catholic Church a messed-up cult and not a decent Christian church. Do you suppose this debate will be improved by involving the government. And that's before we even start to look at thornier issues of American pluralism.

Where government money goes, politics follow, and when you mix religion and politics, you get politics.*  Will a church that wants those public dollars mute its religious character to avoid problems? A study of Catholic schools in voucherfied Milwaukee suggests the answer is yes. Will taxpayers rise up when they think their dollars are being spent on a religious group they object to? That looks like a yes, too.

That's before we even start to talk about regulations and laws and rules that may or may not contradict religious beliefs.

Vouchers are a bad policy idea for so many reasons, but many of those reasons have to do with protecting the very religious institutions that, in some cases, hope to profit from them.  And rReconsidering the church tax exemption is already being brought up-- what does a church do when a politician says, "I can keep that tax thing off your back as long as your political activity is political activity I like."

Religious institutions and church-related schools should beware. Vouchers are a trap, and bad news for everyone involved.


*I used to think I knew who first said this, but the internet has made me hugely uncertain. I can confidently report that this line did not 0originate with me.