The tension between individual freedom and collective action, between what the individual wants and what the community wants, between the needs of the many and the needs of the few-- that tension has been with us since Day One. Puritans came here to declare,"This will be a place where people are free to worship as they please-- as long as it's a form of worship we agree with." Southern colonists arrived declaring, "This will be a land in which every man's efforts can enrich him-- unless you're an indentured servant or a slave, in which case, your efforts are going to enrich me." 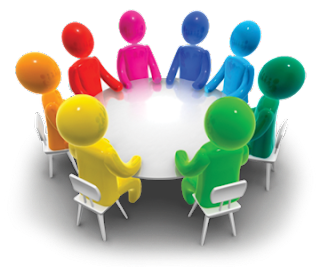 We have a Bill of Rights enumerating the rights possessed by every individual-- and a long and robust history of debate and case law determining where those rights actual stop in the name of the greater good (First Amendment does not cover yelling "fire" or even "elephant stampede" in a crowded theater, et al).

This, it should be noted, is not a tension limited to governance. To get married and become a part of a tiny family collective, you give up some of your personal freedom. That's how it works-- if you insist on acting as if you live in the land of Do As You Please, your little collective will fall apart (trust me on this). Membership in a group requires sacrifice of personal freedom.

As a nation we tend to lean toward individual freedom and away from collectivism. Even when we occasionally do Socialist things, we don't dare call it Socialism. Too much collective action and people start talking about the government "taking away my hard-earned money" or inflicting its will on our choices.

Some charter/voucher school fans like to frame the argument along these lines. The decry forcing students to go to "government" schools. Why shouldn't parents have the freedom to choose whatever school they like? Why be forced into some sort of collective (that, they claim, wastes a bunch of tax money anyway).


This framing is not accurate, and not just because no state has yet invested the kind of money or demanded the kind of accountability that would truly make all choices available to all parents. No, there's another reason this is a false characterization, a reason that charters and vouchers vs. public education is about the tension between freedom and society in a slightly different way.

Roadways. We could make every individual responsible for the roads that he personally uses-- building them, maintaining them-- but given the different resources the folks have and the interconnectedness required for roadways, we would end up with a higgledy-piggledy system that didn't really serve anyone particularly well. Back in the 19th century, folks in my community would get together and spend Saturday building a new road, a project nobody could have completed single-handedly. And it takes a national collective effort to create that marvel of the modern world-- the Interstate Highway System

Likewise, we could make every citizen form and hire her own personal army, but the resulting hodge-podge would not protect the country.

Education (surprise) is the other big example. Rather than just let each family locate their own personal tutor, communities decided that they had a stake in making sure that all children were educated (eg Puritans require a Godly community of Bible readers, therefor we need to teach everyone to read). Communities pooled resources and elected a board to manage those resources in response to community desires. The structure got stickier when we decided that since some communities didn't have sufficient resources, we would also pool resources on the state level.

Collectives require people to chip in, and they require some authority to decide how the various interests at play can be moderated so that everyone sort of gets something they kind of want. In some countries, that authority is some sort of emperor/beloved leader/tyrant. In our society, the idea is to elect folks for that job. Bottom line-- you put in some money, voice your opinion, and may or may not get exactly what you want.

Sometimes it takes the collective to get the job done. These decisions do not happen without debate. We're in the middle of an argument about whether or not health care should be such a collective effort or not. And there are always wealthy folks whose argument is something along the lines of, "We have no problem providing the roads and security that we need, and we provide it just the way we like it, so why should the government force us to be part of a collective effort by stealing our resources. And really, everybody should have the freedom to choose their own stuff the same way we do. What? They can't afford to? Well, wave this magic wand of free marketry at the problem; I'm sure those folks will be able to get what they deserve in no time at all."

Or to put it more succinctly, "I've got mine, Jack. Go pound sand."

There are several possible explanations for this. Rich folks are way hella rich. Super-rich. Buy your own city and run it the way you want rich. That and cooperation and compromise are taking a hit as shared values. Take music for a moment. Decades ago, we had to share air space. We listened to the radio station (one of only a few) we listened to music that the station believed the collective wanted. Decades ago when I chaperoned bus trips, negotiating the music we would all listen to was part of the challenge. Nowadays, we all curate our personal collection that we hear through our personal equipment. We get exactly what we personally want.

So is that all the charter/voucher revolution is? A bunch of parents just saying, "I want the school I want." And then just exercising their choice.

When it comes to bus ride music, we have done away with the collective. We don't pool resources or share decisions-- everyone just brings their own resources and makes do with that. No collective resources, no collective decisions.

But the charter/voucher revolution keeps the pooled resources part of public education. Everyone is still part of the collective resource pool. The collective decision-making is, however, gone.

Earlier this week I jumped off a post about Flat Earthers to ask charter/voucher fans how a charter/voucher system would deal with a school that was just wrong. I didn't get much of an answer. The public would never stand for it, one said-- but how exactly would the public's non-standing affect the charter school's existence? In a charter or voucher system, who steps in to say, "No, that can't be a school." I used the Flat Earth example because while we can all agree that the earth is not flat, we must also agree that there might be enough flat earthers out there to support a Flat Earth Charter school. Parents voting with their feet will not keep it from happening.

What charter/vouchers get us is collective resources managed in individual freedom mode (again, ignoring for the moment that the resources committed to such systems don't give parents anything remotely resembling the choices they are promised). By focusing on the individual parent decision, charteristas and voucherphiles try to make the argument that choice is super-democratic. It's not.

Choice advocates have long made the point that education tax dollars don't belong to the public school-- they belong to the students. Neither of those is correct. The money belongs to the taxpayers. To distribute it without giving them any voice is literally taxation without representation. What charter/voucher systems continue to lack (well, one of the things they continue to lack) is accountability measures that insure taxpayers that their money is not being wasted. Is that conversation about what constitutes "waste" going to be difficult and contentious? Sure. And I wonder if part of the push behind charter/voucher systems is a desire to avoid that discussion ("I want to send my kid to a flat earth academy and I don't want to have to go through a bunch of crap to do it") But if you're going to be part of a community, city, state and nation, you can't just Do As You Please and maintain your membership.