Why Are Entrepreneurs Special

Entrepreneurship has been trampling up and down the fields of education, like some beautiful windswept unicorn. 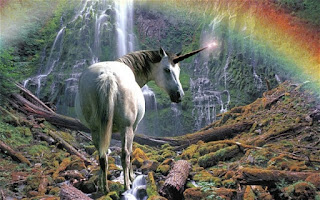 Read the work of reformsters like Jeanne Allen of the charter-loving Center for Education Reform and you will begin to imagine that the fallow fields of education can only be brought back to life by the magical poop of these silver-maned uni-edu-preneurs, but loathsome teachers and miserable unions and the loathed "status quo" keep trying to harpoon the beautiful unicorn and wrap it up in a net of regulations tied down with straps of resistance. We are a bunch of grubby ponies trying to force those beautiful unicorns to lower themselves, to be haltered and hampered and forced to roam with the rest of our ordinary, ugly herd.

This narrative would lead one to believe that entrepreneurs are somehow imbued with a special quality, a quality that people who merely devoted their entire professional lives to education sorely lack. These entrepreneurs, whether they are launching charter schools or unveiling hot new programs or building up their new models of education, have some sort of secret special awesomeness, a genius that must not be restrained.

Because, you know-- entrepreneurs.

So what is so special about these majestical creatures? If only we could unlock the secret of what makes entrepreneurs, in and out of education, just so entrepreneury.

Well, it turns out researchers have been trying to reverse engineer that special unicorn sauce. There's an older study from back in 2013:

University of California, Berkeley economists Ross Levine and Rona Rubenstein analyzed the shared traits of entrepreneurs in a 2013 paper, and found that most were white, male, and highly educated. “If one does not have money in the form of a family with money, the chances of becoming an entrepreneur drop quite a bit,” Levine tells Quartz.

Oh. That. Well how about a more recent study.

New research out this week from the National Bureau of Economic Research (paywall) looked at risk-taking in the stock market and found that environmental factors (not genetic) most influenced behavior, pointing to the fact that risk tolerance is conditioned over time (dispelling the myth of an elusive “entrepreneurship gene“).

What environmental factors influence risk-taking? Well, there's the 2012 re-examination of the famous marshmallow experiment (do some children have more ability to defer gratification than others) that concluded that the ability to defer gratification (a pretty simple type of risk taking) is deeply influenced by what history has taught you about how much of a risk you're taking. 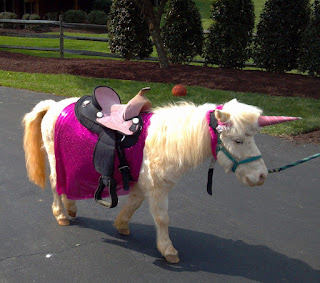 Bill Gates can go start a computer company in the garage because the garage is attached to a really nice house and no matter what happens to the computers, his life is still going to be safe and comfortable. And being an entrepreneurial unicorn has its price as well:

For creative professions, starting a new venture is the ultimate privilege. Many startup founders do not take a salary for some time. The average cost to launch a startup is around $30,000, according to the Kauffman Foundation. Data from the Global Entrepreneurship Monitor show that more than 80% of funding for new businesses comes from personal savings and friends and family.

My point here is not big or complicated. These entrepreneurial are not unicorns who are somehow born to greater abilities and wisdom than the rest of our ordinary herd-- they're just a few more ordinary horses who have the money to buy fake gold-encrusted horns to wear. Entrepreneurs are not wiser or smarter or better, certainly not gifted with a gene that substitutes for experience or training in a field like education. No, they're just richer.And somehow, that isn't enough for me to think their unicorn poop is magical.
Posted by Peter Greene at Sunday, July 30, 2017
Email ThisBlogThis!Share to TwitterShare to FacebookShare to Pinterest