At the Thomas Fordham, Mike "Ed Reporters Call Me First" Petrilli is engaged in a little summary, prognostication, and cheerleading for philanthropists, but mostly, a retelling of many favorite  reformster tales from yesteryear. "Education philanthropy and the unfinished business of policy reform" opens with what may well be a True Thought--

The era of hyperactive education policymaking is about to come to an end. 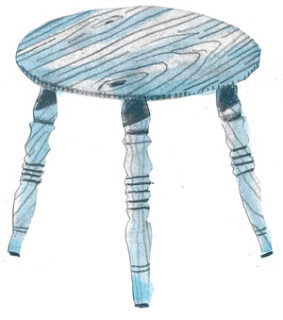 The states will take back power through ESSA plans. The DeVosian voucher dream will die in Congress. The USED will lapse into sleepy inaction. In short, Petrilli envisions the center of action to be shifting away from lawmakers (oh, please, let him be right this time), and so his eyes turn to the philanthropists.

Petrilli and I probably disagree about what constitutes philanthropy these days. Modern Phauxlanthropists aren't really giving gifts to Good Works, and their work is no more philanthropy than when I hand a tailor a "gift" of money in hopes that he will "gift" me with a pair of pants. If you expect some Quo for your Quid Pro, it's not philanthropy-- it's a transaction.

Yet over the course of the past two decades, generous philanthropists helped to build a robust policy infrastructure that rests on high expectations for students.

Emphasis mine. That is a great, great euphemism, and sounds so much more generous than, say,

Over the past two decades, some rich guys have spent a lot of money creating pathways for circumventing the democratic process in this country.

Petrilli is here to talk about the "three-legged stool" of standards-based reform, and what a stool it is. The three legs are standards, tests, and accountability. You know, I think I've seen this stool before. Let's take a look at those three legs of the stool that Petrilli declares "finally sturdy"

Petrilli notes that the Common Core are still out and about in some form, and if by "in some form" you mean "shambling decayed zombie version of their former selves" then, yes, they're still about, under new names and with far more alterations than the 15% additions that were originally allowed. They look different everywhere, but I think the most important thing to remember about the Core is that after several years, classroom teachers have performed their own adaptations to the original standards, throwing some things out and putting some things back that the standards originally called for. Everyone who says they think the standards are awesome is lying about following them.

Petrilli says that half of the Common Core states still use the PARCC and SBA, which is a clever way of saying that hardly any states use these tests, which turned out to be expensive and, again, junk. After all these years, there isn't a lick of evidence to suggest that doing well on the Big Standardized Test is indicative of anything except doing well on the test.

These are by far the most toxic byproduct of reform, as test-centered accountability has pushed every school in the country to teach to the test-- and even if the test was awesome (it's not) and measured really solid standards (it doesn't), teaching to the test is still educational malpractice.

Yeah, we don't have that, either. In fact, after years of throwing the word around, we still don't have any idea what we're talking about. Accountability to whom? Parents? Students? Taxpayers? Government bureaucrats? Politicians? Thinky tank guys? Philanthropists who want to see a return on their investment? And accountability for what? Growth? Ready for life? Meeting needs of students? Job preparation? Helping America? Helping the students? Helping the community? Teacher quality? School quality?

We don't really know what we mean by "accountability" and not surprisingly, we don't have any kind of measuring instrument that works. VAM is a ridiculous botch, and we don't really have anything else! Test scores. That's it-- the desired outcome of the great American institution of education is supposed to be a good score on a bad test.

Petrilli hears that Phauxlanthropists are looking for their next big investment opportunity, and his thought is that they should turn from "policy to practice." It's not enough to have Gates and Walton and Broad telling me what the underlying policies of my work should be-- they should now hunker down and tell me exactly how to do that work.

Mind you, Petrilli thinks they should keep their eyes on the stool because those legs are " under relentless attack from traditional education groups and libertarians alike" (so welcome, libertarians, to the resistance, I guess) and again, I can't say this enough-- those things are under attack because they are largely junk, and while a decade ago they were speculative junk, they are now tested-and-failed junk.

Now that we’ve got a set of stable, rigorous standards; challenging, honest assessments; and fair, transparent school ratings, the action is in helping schools help kids make progress. Funders are wise, then, to focus on new initiatives around curriculum development and adoption, student assignments and grading, next-generation professional development, and efforts to integrate technology and personalized learning into the classroom.

No, Mike. Just, no-- we don't now have any of those things. And no, I do not need some amateur hour philanthropist writing my curriculum for me or telling me what assignments to give or how to grade them. What in the name of God's green earth makes you think that Bill Gates or Eli Broad or any other deep-pocketed money-tosser knows anything at all about how to do these things?

But Petrilli is sure that teachers are handing out high grades "willy-nilly" and principals are just shuttling students through and Kids These Days are graduating all stupid and stuff. So as we fix education, we must be sure not to involve any actual professional educators, because they are screwing everything up (wow, it's like it's 2012 all over again).

Petrilli does identify computer-centered Personalized Learning as something fraught with all sorts of problems.

So what's the solution to all of this chicken littling?

And the only answer that stands up to scrutiny, I fear, is standards that are actually enforced. We need external assessments of whether students have demonstrated their competence and are genuinely ready for their next step. That inevitably means more testing—and real consequences linked to student performance.

But here's the thing-- we do not know which standards must be met in order for a student to proceed to her next step. We don't. And "real consequences" for failing the test can only mean one thing-- held back a grade and/or denied a diploma. Do we have any proof that such things help? Or is this just one more manifestation of that old Grumpy Old Fart impulse-- "Dammit-- these kids are going to do as I say, or else." Because any real teacher can tell you what a mistake it is to go down that road.

Notice, too, where we need more responsibility to land-- not on efforts to minimize the impact of poverty and racism, but on kids who need to suck it up. As with classic reformspiel, there is no acknowledgement that factors outside school matter. We just need to rustle up some standards and consequences and those kids won't be distracted by their poverty or hunger or the fact that their school is collapsing because the Powers That Be don't want to waste a bunch of money fixing up a school for Those Peoples' Children. Nope-- we just have to push the kids harder.

And what retro party would be complete without this classic:

That’s the sort of policy that other advanced countries take for granted, and that help to explain their superior student performance

Yes, once again we are reminded how a nation's students scores correlate directly to that nation's international success. That's why Estonia is a world leader-- because test scores.

I realize you can't raise money by announcing that a crisis is over, but this is just old rewarmed hash, a pile of "We need bicycles because a vest has no sleeves" and "If I keep saying something is true, that makes it true." Petrilli's stool is barely a frisbee, and it's long past time to toss that discus into the bay so we can go looking for a different stool.