The Economist Doesn't Do Their Homework

The Economist decided to offer its own special view of the newest wave of ed tech this week, and it's just further proof that when economists try to talk about education, it carries all the authority of Justin Bieber explaining quantum physics. It would not be worth the bother, except that this continued phenomenon of people who don't know education explaining education to other people who don't know education-- well, this is how bad ideas get into the world and keep flapping around loose. We need a new word-- maybe "economsplain"-- for when economists try to mansplain teaching to teachers. 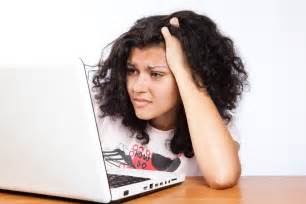 The piece starts well enough. Once upon a time B. F. Skinner decided to create teaching machines but after a burst of interest, they just kind of lost steam. But that mini history lesson is to set up the next paragraph--

Since then education technology (edtech) has repeated the cycle of hype and flop, even as computers have reshaped almost every other part of life. One reason is the conservatism of teachers and their unions. But another is that the brain-stretching potential of edtech has remained unproven.

Emphasis mine. I marvel sometimes at the awesome power of my profession. What is teh alleged narrative here-- ed tech people have come up with awesome programs that totally worked and were beloved by students and families and everyone was poised to make them a widespread hit, but teachers folded our arms and said, "I don't care if my students are learning, this shall not stand"? Is that it?

Or could it be the second part-- the "remained unproven" part. The "some ed tech amateur's idea of a great program for learning turns out to be a total dud with live students" part.

On some level, the Economist seems to sort of get this. They've bought the idea that Zuckerberg et al are now going to change the world with "personalized learning" (so you know they've been reading the press releases that come across their desk). Still, they can see at least part of the problem:

This could help hundreds of millions of children stuck in dismal classes—but only if edtech boosters can resist the temptation to revive harmful ideas about how children learn. To succeed, edtech must be at the service of teaching, not the other way around.

That is the perennial ed tech pitch-- "Teachers, this tool will totally help you if you just stop doing what you've been hired to do and do something else" or "Just change your whole job to fit the tool we want to sell you." Kind of like telling builders, "These revolutionary welding rods will help you build houses faster, as long as you stop building houses out of wood or brick."

But then we're back to the good old standard scare stats-- like only 30% of teens in OECD countries become proficient in science, math or reading. What does that really mean, and how do we think we know such a thing? Never mind-- just believe that you've got trouble right here in International River City!

And computers alone can't fix it! No, really! Many schools have computers, and the sky is still falling! Simply running school stuff through a computer does not make it magically effective! Also, in other news, water is wet and the sun will set in the West tonight. This is one of the unending dances of reforminess-- some edu amateur runs up to breathlessly announce, "I have a sudden insight!!" that they then share and teachers are just too generally polite to say, "No shit, Sherlock."

The Economist is excited about some of what's out there, from which we can only include they failed to do their homework on this piece. For instance, they toss out the Summit personalized education thing, noting that Facebook engineers created it "for free" but failing to mention that it is Zuckerberg's baby-- so they worked on it for free by working on it while Zuckerberg paid their regtular salary? Is that free? But Summit is troubling in many, many ways which highlight one of the problems of "Personalized Learning," because Summit does not resemble an education program so much as an education-flavored data mining program. And while The Economist later notes that PL cannot do away with actual teachers, Summit is designed to do just that (all you need is a "mentor").

The writers also declare that PL must narrow achievement gaps (which is problematic in ways that you can see if you just imagine education as a race between slow and fast runners-- how exactly do you close that gap) and then they cite Rocketship Academy or Achievement First. Rocketship is a great example of all the things that can be wrong with ed tech, and an example of how the initial bloom can quickly turn to blight.

And here's one of those ridiculous 99%-go-on-to-college stats, the easiest stat in the world to produce. If you want all your graduates to go to college, just make sure that any students unlikely to go to college never become graduates.

Finally, the Economist notes that success depends on teachers embracing ed tech. But they are still sidestepping the key issue:

They are right to ask for evidence that products work. But scepticism should not turn into Luddism.

False dichotomy. Because mostly what happens is we ask for evidence. Sometimes we even suspend judgment and see what kind of evidence we can collect in our own classroom. And then when the evidence doesn't appear, we move on. That's not Luddism. That's just doing our job, which includes doing our homework. And if the Economist wants to econosplain ed tech to us, they should do their homework first.