Florida has long struggled to take the lead in the State Most Hostile To Public Education contest, with North Carolina, Wisconsin and Nevada giving some real competition. But this week, Florida's legislature and governor took a decisive leap forward. 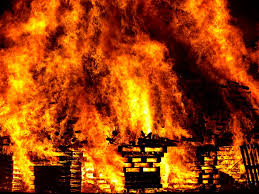 Let there be no doubt-- no state is more hostile to the very idea of public education than Florida.

Just a quick search through this blog will remind you of the many ways that Florida has spat on public education in the past. They tried to undermine the teaching of science. They have remained studiously devoted to the idea of the Big Standardized Test, even though they can't seem to get one right (and even to the point of cancelling actual education and requiring students to pledge allegiance to the test). But their devotion to the BS Test is so great that they hounded the mother of a dying child and went to court to keep children out of fourth grade who had demonstrated mastery of reading-- but not on the BS Test. They have committed to a merit pay plan (well, with every kind of commitment except funding) that is one of the dumbest and most insulting versions of the oft-disproven concept of merit pay ever seen. They have turned recess into a political football. They have stood in a courtroom and declared that teacher-given grades are meaningless.  They implement bad retail management practices in their education system. They serve as the home base for FEE, the astro-turf edu-group that was supposed to help propel Jeb! Bush to the White House (as well as other failed astro-turf for the Common Core failures). In the face of a teacher shortage, they got rid of tenure and have since used it make the shortage worse by purging teachers who speak up about abuses they see. They host some of the research in How To Replace Teachers (and Students) With CGI Avatars, as well as some disastrously failed Gates "research" about teaching. They are pioneers in the destructive and not-remotely-useful A-F school grading system. And while they have pursued these new horizons in the destruction of public schools and the teaching profession, they've also kept the door open so that good old-fashioned racist underfunding of public schools can continue unimpeded.

But then, letting terrible crap happen without standing in its way (well, unless it's those third graders trying to avoid passing the Big Standardized Test) is what Florida does best. They have left the field for charter schools wide open, while doing their best to hamper public schools so that charters would look by comparison. Which is a challenge, because in Florida we have so many awesome charters to choose from. How about the charter that fired an English teacher for assigning actual reading?  How about a charter organization making money for a former model, but not actually educating anyone? Or a charter that's run only to enrich a family, but which fires its whole staff. Or a charter that abruptly closes mid-year.  Here's an entire report that captures pages of Florida charter frauds and scams, because none of these examples is unique within the state.

And Secretary of Education Betsy DeVos regularly holds Florida up as an exemplar.

But for some of Florida's education-- well, "leaders" isn't exactly the word, so let's call them Buckaneers, after the brave pirates who used to raid Florida in days of old, and yes, I spelled it with a K on purpose-- anyway, those guys didn't see enough destruction happening fast enough, and so, HB 7069.

Florida HB 7069 is everything there is to hate about the legislative process. The Miami Herald figures there are pieces of 55 old bills stapled together in this ugly dog.Cobbled together in some collection of dark back rooms, it offers a giant poop sandwich with a pickle on top, in hopes that people who like pickles will buy it.

Except that, in the end, the Florida GOP didn't make any real effort to sell it to anyone, though some of the charters that stood to profit from it assigned letter-writing duties to their parents. And some newspapers played along-- the Orlando Sentinel, in a truly amazing display of journalistic malpractice, covered the story as a bill "to scale back testing." The whole business came down to an 11th-hour hope that if enough opposition could be mustered to the bill, Gov. Rick Scott would accidentally follow his naked self-interested into doing the right thing and veto this unholy bastard of a bill.

That did not happen. In fact, because simply signing the bill wasn't enough of a big fat "F@#! You!" to all supporters of public education, Scott signed the bill in a Catholic School, like the faithless jerk who cheats on you with some loose sleazebag, and then brings the sleazebag to the family picnic, just to rub it in your face.

The bill includes hundreds of pages, but opponents and supporters agree on what it does-- the bill shifts millions of taxpayer dollars from public education to the charter industry. Senator Linda Stewart summed it up pretty well here in her comments:

Opposition to the bill was widespread, and the cause for its support was not hard to figure out. Check out some of the leaders of the initiative. There's House Speaker Richard Corcoran, whose wife runs a charter school in Pasco County. (He's also the guy who reportedly insisted on the "poop sandwich withy pickle" political strategy for creating the bill). There's Rep Manny Diaz, who runs a pretend college that lets charter students pretend they are taking college course. There's bill co-sponsor Rep. Erik Fresen, who works as a $150,000-a-year consultant for Civica, an architectural firm that specializes in charter school buildings. Diaz and Fresen also work for Academica, a big time Florida charter chain. And the legislators did consult some folks as well, according to Gary Fineout, an AP reporter who has covered many Florida crazy-pants education stories:

Voila! HB 7069 gives charters the ability to just go ahead and suck up tax dollars for purposes like buying or building facilities.

The bill also provides the cynically-named "Schools of Hope," which is an unbridled license for charter schools to expand in markets where the public school has been sufficiently weakened-- and no requirement to accept the students from that community. The state's voucher program has been expanded. And a charter no longer needs the permission of a local district to expand-- just its money.

There are yet more amazing features (after all, it's almost 300 pages). Charter schools get to "grade" districts (but not, of course, vice versa). Title I funds are up for redistribution. New charters may ignore local zoning laws. Charters may of course hire any warm body they like, regardless of qualifications. And in a particularly baldfaced unsupportable move, HB 7069 says that if Chris does a lousy job as a student at Gotrox Charter Academy, then goes back to public school, the public school has to count all of Chris's failure in their public school grade.

It is true that HB 7069 does stop short of, say, allowing charter operators to take the food from in front of students in public school cafeterias. Nor does it allow charter operators to attack public school buildings with tanks or bazookas. But charter advocates are peeing themselves with glee. It is absolutely open season on public education in Florida, with the traditional system to be replaced with a corporate marketplace with a single purpose-- to make a bunch of money while pretending to sort of educate a select few students, kind of.  Students will be at the mercy of whatever the market wants to offer them, while the children of the rich will head off to private schools. What happens when the state burns down your public school and no reputable or competent charter wants you? Some Floridians are about to find out.

There is no pretending this will serve students. Florida's education system has already been failing masses of students by gutting public schools and replacing them with unregulated, unqualified, unscrupulous charter operators, and this bill openly and deliberately accelerates that process. North Carolina has been trying hard to show us what one-party rule with no regard for democracy or the rights of citizens looks like, but it turns out they are just wanna-be's compared to the money-hungry back-room operators of the Florida GOP. I have seen on the twitterverse that some legislators may have voted for this abomination thinking that Scott would veto it (which-- really? Have you met your governor) and that other folks failed to speak out because they really like pickles and didn't believe the poop would be that hard to choke down. Shame on all of them. I know there are still good schools and good teachers left in Florida, but after this week's action, I wouldn't send my worst enemy to teach in Florida, nor their children to go to school there.

And do not forget--

This is what Betsy DeVos thinks is an example for us all. This is what she thinks the whole country should look like.
Posted by Peter Greene at Friday, June 16, 2017