SAT & ACT Go for the Gold

Well, the New York Times wrote about it this week, so it's now officially a thing-- the SAT and ACT are mounting what Scott Marion, the executive director of the Center for Assessment, calls a "land grab."

The ACT and SAT, America's long-standing "you have to take that if you want to get into college" tests have been sliding steadily over the past few decades. Fairtest lists over 850 colleges and universities that no longer require the tests, and research has repeatedly shown that high school grades-- not the venerable tests-- are the best predictors of college success. SAT and ACT scores correlate best to family income, not academic skill or achievement.

The College Board, under new jefe and Common Core architect David Coleman, has aggressively remarketed itself as more student-friendly, more real-worldy, and packed with more free (in exchange for all your marketing and tracking data) test prep. Well, not test prep, exactly, because the New! Improved! SAT is also supposed to be impervious to the kind of coaching that is historically part of SAT success (and if you believe that, keep your eyes peeled for Coleman's announcement that the College Board will soon be selling the Brooklyn Bridge).

But that is peanuts, because a much larger opportunity has presented itself. Thanks to ESSA (the new body of federal education law) every state must give a Big Standardized Test. And over the last few years, states have become disenchanted with the cost and quality of the PARCC and SBA tests (developed, it should be noted, with lots of tax dollars). So out with the old tests and in with the...?

"Hey," say the SAT and ACT folks. "You need a Big Standardized Test! We've got a Big Standardized Test. I'll bet we could help each other." And now, as chronicled by the NYT, the Big Two of the BS Test business are working their way into the state-level market. Hey, kids-- excited and relieved that the University of Delaware no longer requires you to take the SAT to get in? Bad news-- the state of Delaware is going to require you to take the SAT anyway. 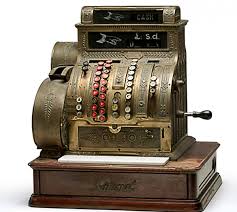 But it is also impossible to overstate just how large a multilayered dumb cake this is, complete with a big stupid cherry on top of big dope icing.

First-- understand what is happening. States have to give a BS Test because the feds want to know that every student is college and career ready. Colleges and universities are announcing one by one that the SAT/ACT cannot predict if a student is ready for college. So states will now adopt a test widely known to not measure college readiness in order to test all students for college readiness.

The SAT/ACT are designed to show if a student is ready for college level work. There is no reason in the world to believe that those exact same tests can determine if a low-functioning student with learning disabilities is reading, writing and mathing at grade level.

The SAT and ACT are norm-referenced tests. That means they do not measure students against some objective, pre-determined standard, but simply rank students from the highest to the lowest. That means that a certain percentage of students will always fail. Always, as in we know before the test is even given. (If that made a horrified light bulb go on for you, I have bad news-- the current crop of BS Tests do exactly the same thing).

And here's the second part of that stupid-- the SAT and ACT have always been given to students who considered themselves college bound. The SAT/ACT folks have never had to crunch numbers for the entire student population of a state. They have never had to build their grading scale with all of the non-college-bound student results folded in. Will that flooding of the bottom end of the bell curve create what amounts to score inflation on the top end? Does anybody at either company have any idea what effect the new score base will include?

Will states buy into the whole package? Will SAT states also buy up the PSAT and the new PPSAT, the 8th grade PSAT-- and if so, will they also buy into those pre-tests' prodigious data-collecting features. The PSAT starts with students volunteering a ton of data, and results have now been tweaked to include recommendations for AP courses (another product of the College Board). In short, will the state now be selling both the students' personal data as well as access to the students for marketing other products?

In the hands of these folks, a standardized test is just a blunt tool to club students over the heads. And there are salesmen just lined up to tout the magical properties of these testing unicorns because having to market to fifty state capitals for the entire possible market is a hell of a lot easier than having to market to every single set of parents, one by one-- particularly when the colleges that have always backed your play have finally decided to stop helping you run the con.

This sort of foolishness is going to keep happening, because there is no smart way to implement a stupid idea-- and the idea that we can give a single standardized tests to every student in the country and by its results know how the state education system is doing, how the school is doing, how the teacher is doing, and whether or not the student is ready for college and career-- that is a supremely stupid idea, and so every attempt to implement that idea is going to be stupid, too.

This particular stupid idea is just hugely profitable for the SAT and ACT folks. You would hope that somebody in power could hear the thudding sound of this big fat dope of an idea slamming into high school students across their state, but I'm afraid that sound is being drowned out by the sound of cash registers. Ka-ching.
Posted by Peter Greene at Saturday, April 09, 2016
Email ThisBlogThis!Share to TwitterShare to FacebookShare to Pinterest