QUEST is an organization that has dogged Boston Mayor Marty Walsh and his reformy friends for quite a while, and they have recently shaken loose, after long attempts via FOIA, the McKinsey BPS Operational Review Steering Committee Working Draft (turns out that when the government buys something with taxpayer dollars, even stamping "Private and Confidential" on it doesn't necessarily keep it under wraps). While a version of this plan was released in December of 2015, the original document is considerably more detailed.

So now, over a full year later, we can see what McKinsey thought the Bostonian Powers That Be should be doing with their school district. McKinsey is one of the biggest management consulting firms in the world, and long intertwined with the education reform movement; Sir Michael Barber was a partner there before he went to run Pearson, and David Coleman worked as a consultant at McKinsey before he spearheaded the Common Core. McKinsey has also plucked some employees from the world of Eli Broad-- a McKinsey manager was in the first class of the Broad Academy. McKinsey actually pre-dated Broad in the practice of embedding their own people in the Los Angeles school district.

Boston itself has been solidly in reformster cross-hairs, with everyone from MA Secretary of Education Jim Peyser to the Center for Reinventing Public Education floating a plan for "remaking" the Boston schools in a new, charterier image. 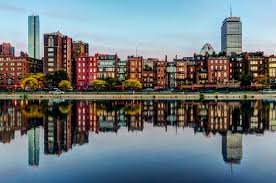 So what did the super-secret consulting plan have to say?

The plan notes that it is a draft, not a final, exact product. The items are not necessarily for factual true. This is just for starting discussions. My friends and colleagues in Boston will remember all the open, transparent conversations that Mayor Walsh has held about the future of BPS. The plan is over 200 pages long, and I have no intention of dragging us through the whole thing. But just by glancing at the executive summary, I think we can get the gist of their drift.

The overview lists some of the "opportunities" that exist in BPS. They include

If there is ever a doubt that these guys are corporate money guys and not educators, their language choices make it clear. The plan suggests that BPS can right-size by "consolidating" 30-50 schools.

It is so worth noting that this report is dated March of 2015, which would roughly nine months before Boston Mayor Marty Walsh was whining about all the dirty liars accusing him of wanting to close 36 Boston schools-- exactly what the McKinsey plan calls for.

Special education is really expensive (they figure about 11-18% of total BPS budget, depending on how we figure). Also, though they don't quite say it directly, McKinsey appears to believe that there are too many students with special needs and that probably a whole bunch of them aren't special at all. McKinsey sees an opportunity to just stop doing special ed. Inclusion for everybody. Phase in inclusion, mainstream all those students with special needs, outsource some paraprofessional supports, and just generally get rid of the whole expensive business.

Whenever I encounter a McKinsey report, I'm always impressed at the thoroughness. McKinsey sees an "opportunity" to raise bus stop distances from 0.16 miles to 0.25 miles. They predict a savings of $6 to $19 million per year. Also, students with stronger legs and a hike in regional shoe sales.

Let Them Eat Something Else

Also, centralize food preparation, which in my experience means cook all the food in one place and then send it out by van to various schools, so that each student has the chance to eat a sort of warmish meal. I'm not sure how this helps you target meal participation.

Subcontract maintenance and night work to an outsourcey company.

This encompasses several "opportunities," and as always, "reorganize" actually means "whack away with a machete." McKinsey sees a chance to cut central office staff, and of course closing all those school buildings will also allow lots of reorganizing.

Trivia and Other Departments

As I said, we're not diving into all 200-and-some pages today, though there are interesting pieces of trivia (21% of BPS teachers have no evaluation on file??!!) as well as data that are...um... likely to prove to be counterfactual, like the continued assertion of 93,000 available seats in Boston. The report is certainly worth digesting, but I'm drawn to something at the very beginning.

Ultimately, improved student outcomes is the goal of any effort to reduce cost and inefficiency and reallocate those funds where they can do more for students.

Were I inclined to see shifty plans behind these sorts of maneuvers and business plans, I might see this as a pretty clear statement of the ju-jitsu behind a public school system takeover, particularly in a place like Massachusetts where some folks are agitating so very hard for increased charter school numbers.

First, start with a premise that many of us have asserted over and over again in the face of people who argue that we can offer charters and choice for, basically, no extra cost:

Premise: You cannot effectively run two, three, four, or more schools for the same money you spent on one.

Step One: Open a bunch of charter schools.

Step Two: Watch as many schools collapse and fail because they lack sufficient resources to do the job.

Step Three: Declare loudly, "Why, this is terribly inefficient, and some of these schools are doing a lousy job. Let's reduce cost and inefficiency, and let's reallocate those funds to where they will do the most good."

Step Four: Close the "bad" schools. You may have to sacrifice a few charters, but mostly the public schools will be the failing ones. Close them in the name of educational efficiency. (Note: you can build some charter cushion here by rounding up investors and contributors for your charters to tide them over until their public competition is shut down and they can have the market to themselves).

I'm not saying that this plan is for factual true. But we can certainly use it for discussion purposes. Good luck, Boston.


Posted by Peter Greene at Saturday, April 30, 2016
Email ThisBlogThis!Share to TwitterShare to FacebookShare to Pinterest