What Ever Happened To AltSchool?

You remember AltSchool, the miraculous Silicon Valley technoschool that was going to Change the Game. We've checked in on them from time to time, and it's time to see what has happened since the Altschool ship ran aground on the shores of reality a while ago.

After two years of tinkering and tweaking, AltSchool burst on the scene with a flurry of PR in 2015. Founded by Max Ventilla, formerly of Google, and Bharat Mediratta, also a Googlite, it was going to bring technology and personalization to new heights. Like a wired-up free school, it would let students and teachers just sort of amble through the forest of education. Teachers would capture moments of demonstrated learning on video, students would do work on modules on computer, and it would all be crunched in a back room full of IT whizzes who would churn out personalized learning stuff for the students. The school set up some branch schools, lab schools, hither and yon. All the big names wanted to invest-- Zuckerberg, Powell Jobs, etc. 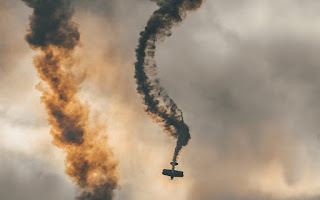 But by 2017, it began to look as if Ventilla was not so much educating children as using them as lab rats for market research. Rather than expand the chain of schools, Ventilla proposed to scale them back and to focus energies elsewhere. Here was how Bloomberg reported it:

In Silicon Valley fashion, Ventilla broke the news to parents with a touch of misplaced enthusiasm. He wrote an email to families in Palo Alto, California, saying the school there would close at the end of the year due to business “challenges and opportunities,” according to a copy of the message reviewed by Bloomberg. Ventilla said AltSchool will only run classrooms near the main offices in San Francisco and New York. “We know this is tough news that will have a big impact on your family,” Ventilla said. But the moves are needed, he wrote, given AltSchool’s “strategy, path to growth and finances.”

In other words, AltSchool was not so much a school, as a business venture. Did I mention that Ventilla has no actual background in education?

By 2019, things were looking bleak even for the business. In place of those glowing profiles from 2015, AltSchool now appeared in profiles like the July 2019 Fortune article, "How an Education Startup Wasted Almost $200 Million."

But even as things were circling the drain for Altschool, it was adapting and changing and becoming Altitude Learning. Because nobody in the ed tech universe ever just gives up and goes home.

The announcement noted that the "lab schools" would continue, though at this point "lab school" strikes me as a rather on-the-nose name for a school set up to beta test software. Then there's this--

First, I'm sure the parents who paid a big pile of money to send their kids to Altschool may have thoughts about having their children's education called "R&D focus." Second, if my notable achievements included burning through a couple hundred million dollars, I'd be careful about using torch metaphors.

The lab schools were handed over to Higher Ground Education, a company dedicated to "mainstreaming and modernizing Montessori education." It seems like standard technohubris to lookl at Maria Montessori's work and think, "Yeah, I can improve this." This outfit was founded in 2016. They've brought on Michael Strong, "educational entrepreneur" to handle high school development-- The Academy of Thought And Industry. Really. Their leadership team involves a lot of jobs that make my head hurt, like Director of Compliance, Director of School Success, Talent Specialist, Director of Community-- a "diverse team of educators and entrepreneurs." The "educator" portion of that is not awesome, and of course TFA is represented (and speaking of ouchy job titles, a former Head of Real Estate for KIPP LA), but at least at the coaching and project managing level you find people with actual Montessori training. From their website, it's not clear how that takeover of the lab schools stands.

But we do know a little about the Altitude Learning portion of the new venture.

About the two guys who ended up in charge. Devin Vodicka was the Chief Impact Officer for Altschool--well, sort of. He held that job from May of 2017 till the end, so only after the wheels were starting to come off, so maybe he was brought on to run this spin off business from the start. He was an administrator in Carlsbad Unified School District for ten years; his linkedIn account shows no hint of what he was doing before gaining a principalship in March of 2002. His BA is in History, University of California, Santa Cruz, 1992. In 2012 he moved on to Superintendent of Vista USD, won awards, visited the White House. Rick Hess talked to him in February of 2019, and he said the five-year-out vision was "to be in hundreds of schools."

Ben Kornell is the President/CEO, and he's one more TFA education expert. He graduated from Harvard in 2002 with an AB in History and Literature, taught for one year in the Bahamas, then joined TFA. He did put in two years in the classroom after his two year TFA commitment was up. Then a couple of years managing dialysis centers in Denver, then four years with Envision Learning Partners, a reformy consulting charter-managing group, where his job was tio help tem expand their market; then to Altschool in 2017 as VP of Growth, where he "launched Altschool's partner program to spread our platform and practices."

Altitude uses the term "learner-centered" a lot, breaking it down into items like "foster learner agency" and "personalize learner pathways." In this Education Dive "sponsored content" that Facebook insists on showing me daily, Vodicka gives a clearer picture of what they're up to. I have two major takeaways. First, there's this quote:

As the world continues to evolve and change, our education system must adapt and improve as well. I believe that measuring learning is a key lever for systemic change and that we are long overdue to make meaningful shifts in this critical area of need.

There's more like this, both in the article and on the website. These guys speak fluent corporate baloney, the kind of argle bargle that is meant obscure meaning rather than clarifying it. Maybe they know how to speak plain, useful English to classroom teachers, b ut I have found no evidence that they're inclined to. This is the language of c-suiters looking to make a sale to other c-suiters.

Now is the time to think about new and better models of assessment. Competency-based learning is the foundation of a learner-centered approach to assessment.

Yup. Once you cut past the smoke, what you find is another pitch for competency-based learning.

Well, I've been down that road a few times, and like it's close sibling Personalized [sic] Learning, it's mostly a way of approaching education that just happens to also be an approach that can be simply and profitably computerized. Like Personalized [sic] Learning, it doesn't have to be awful-- but the folks who are intent on monetizing it and selling it at scale are, once again, educational amateurs with an eye on the bottom line, and so what they keep coming up with is awful. Here's a tip-- if someone approaches your school with one of these programs, ask this question-- "Can we implement your program without a single computer in the building?"

Even without a computer, CBE has pitfalls. It's easy in a CBE system to reduce learning to training and rich curriculum to a checklist of rote tasks. But when you take those issues and add the notion that an algorithm will design the checklist on the fly and measure student competency on the screen, it just gets worse.

So that's what has happened to Altschool. Fish gotta swim, birds gotta fly, and reformy reformsters gotta pitch their new entrepreneurial education product. And Ventilla, the self-described "serial entrepreneur and product manager with deep experience in finance"? According to his LinkedIn account, he is "enjoying the time between AltSchool and my next project." Mediratta moved on to a job as Chief Technology Officer at Dropbox.

Ventilla says something else about AltSchool on his LinkedIn page. Under AltSchool, the top bullet point is "conceived of a new model of how to open and operate 21st century schools delivering highly personalized education without resorting to screen learning." Nothing there about the process of reducing that lofty goal to a simple "set up a software and consulting firm" or "execute one of the great demonstrations of technohubris in the education space." Who knows what the next chapter will bring.