Charter fans like to say that charters will improve public education by pushing public schools to compete. Here's a story that proves them half right-- some public schools apparently feel compelled to compete, but not in ways that have anything to do with educational quality.

The public school system of Bethlehem, Pennsylvania, has, like many Pennsylvania school districts, has been hit hard by money being drained by charter schools-- last year the district lost about $26 million to charter schools. So the board accepted Superintendent Joseph Roy's recommendation that they take this "opportunity" to "better market" themselves. The board had previously hired a firm to help manage its social media accounts; now they have decided to hire Imagevolution, a marketing firm, to help get the word out about the public school system's successes. The goal, says Imagevolution's Randi Mautz, is to win students back from the charters. 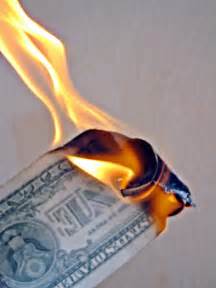 The only vote against the proposal was from a board member who was unsure that Imagevolution is the firm for the job. Their website is under construction, but they've been around since 2006. But you can see some of their work on their facebook page. They are apparently run by a quartet of school district parents, so they're invested. They've worked with the Bethlehem Area School District Foundation, Lehigh University, and the Downtown Bethlehem Association-- so they know the territory.

They are not going to get filthy rich. The district has contracted for slightly over $3K a month for marketing help. The social media management contract (with Lehigh Valley With Love Media) was for $2K a month.

The students of Bethlehem will pay an opportunity cost, because that money will not go to make their education better. It will not go to improve their school. It will go to compete in marketing with charter schools. It's a waste of the money, and I'd get on my high horse and bleat "How dare the district spend tax dollars on marketing" but of course, in the world of charter competition, marketing is a new necessity. Because, of course, the charters will also be spending public tax dollars on marketing that will in now way improve education for the students.

That's where we are now. Paying taxes for marketing. Tell me again how this competition is improving education?
Posted by Peter Greene at Monday, July 03, 2017