You probably remember the Vergara lawsuit, the California suit that was intended to destroy teacher tenure. You may even remember that a sequel was filed in New York.

The Vergara suit was simply beaten. The New York suit turned into a circus, starting with competition to see who could be out in front of the suit-- Campbell Brown or Mona Davids.Then Andy Cuomo floated his own plan for kicking teachers in the face, rendering the lawsuit mootish. 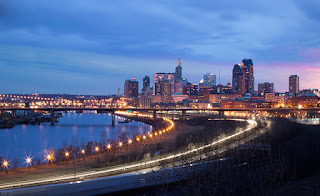 The original Vergara was brought to us by David Welch, one more unelected tech gazillionaire who wants to force parts of society to work the way he wants them to. In New York, the mantle was picked up by Campbell Brown's Partners for Educational Justice, a group fronted by Brown and funded primarily by the Waltons and Eli Broad (though for a long time Brown was adamant about not revealing that info because the poor frail dears would have been Made Real Sad by such public exposure).

For the Minnesota suit, PEJ was joined by Students for Education Reform, a younger-faced sock puppet group for the Democrats for Education Reform (DFER) the group of hedge-fundie privatizers and profiteers. It was filed about a year ago, and I called baloney at the time. The plaintiffs are concerned that during budget cuts, the wrong teachers will be fired-- but they're not concerned about budget cuts. And they toss around the old lie that tenured teachers can't be fired.

The Minnesota lawsuit was thrown out last October when Judge Margaret Marrinan ruled that a clear connection could not be made between academic achievement and due process for teacher tenure laws PEJ and SFER were back in January to appeal. Perhaps they were waiting for the holidays to be over, or perhaps they were waiting for the results of the Presidential election so that they'd know what the chances were once they drove this bulldozer all the way to the Supreme Court (the preferred result in these cases, as these folks generally would like to use a suit to punch teachers in the face all across the nation and not just in one state).

The plaintiffs are four moms from Minnesota (you get a picture here of how PEJ "found" them), including lead plaintiff Tiffani Forslund, a charter school teacher currently running for a seat on city council. Since the days of Vergara, the people crafting these lawsuits have learned to angle more toward Saving Poor Children, because it's much easier to attract teachers to underfunded schools with tough populations when you can promise those teachers that they will have no job security at all. The lawsuit wants to implement a solution of "protecting our best teachers and replacing low-performing teachers with effective teachers" which seems magical and simple and completely unrelated to whether or not teachers have tenure.

Just last week the cause was joined by our old friends TNTP (sister organization of TFA), and the National Council on Teacher Quality (NCTQ). TNTP has long agitated for the end of tenure and the use of test scores to make employment decisions about teachers. They are also that guy in the bar who will corner you to tell you about this one cool thing he did years ago; in TNTP's case, it's a "report" called "The Widget Effect," and it's not that cool. NCTQ-- well, I have heaped a lot of abuse on a lot of reformster organizations over the past few years, but there is no group I take less seriously than NCTQ, a group that has at various times evaluated teacher programs that don't exist, judged course difficulty by looking at commencement programs, and just generally cranked out the laziest faux research ever generated.

Anyway, these two reformster groups have sent along an amicus brief just last week, offering their two cents to the court that's hearing the case (because when it comes to the law, folks get to vote, I guess). Elizabeth Ross (NCTQ) and Daniel Weisberg are here to say that the suit is all about "Minnesota students' fundamental right to an education," which as always makes me wonder when they'll be filing a lawsuit about fully funding schools or developing better ways to attract top teachers. Nope. Just got to get rid of tenure. 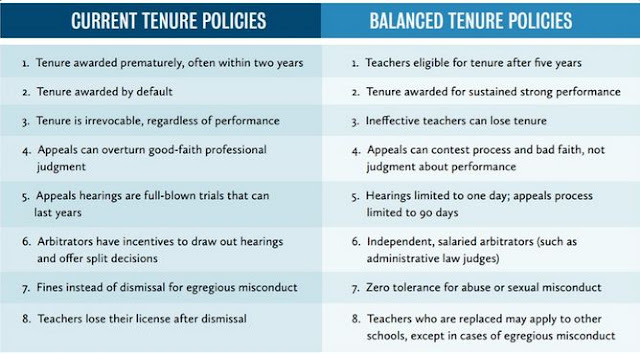 Current tenure is premature? I've never understood this exactly, but the anti-tenure stuff want to make it take longer, presumably so that more teachers are fireable and staff churn can be maximized. New York tried a sort of tenure twilight and proved that if you really underline for someone that their job is not secure, they'll leave for one that is. What they didn't prove was whether they knew how to target good and bad teachers. Saying that tenure is irrevocable is meaningless-- your job is always revocable, and that's the point. They're correct that appeals can drag on forever.

But their alternative? "Tenure awarded for sustained strong performance" means good students Big Standardized Test scores, which means that schools serving poor communities will turn over staff regularly, because you know who gets low test scores? Non-wealthy non-white students. This is not because those students are less capable or smart-- it's because BS Tests are crappy, and schools that are underfunded and underresourced face greater challenges. Maybe TNTP would like to comment on a lawsuit about that. In TNTP's version you can't contest the conclusion of your evaluation-- you just have to prove it was bad faith. Good luck with that. And while I agree that drawnout hearings are bad for everybody, maybe we can come up with something fairer than putting someone's career on the line in just one day.

At this stage of the game these folks are barely pretending that these lawsuits have anything to do with helping schools do a better job of meeting students' needs. But apparently the reformsters are calling in some buddies to help and they're all going to keep trying to undercut the teaching profession some more, despite their lack of evidence to support their case. It's like having a bull at cheerleading tryouts; you can't take it seriously, but you can't afford to ignore it, either.