Many of us spend huge amounts of time discussing and debating education policy. But where the synthetic rubber meets the recycled asphalt, policy is not the most important thing. In every school, in every district, what really matters is the character of the leadership. 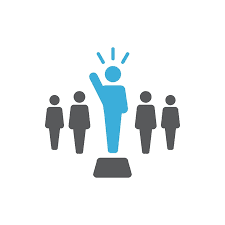 Put another way, a sudden implementation of actual good education policies by state and federal governments (boy, what a dream that is) would not suddenly transform a bad building principal who makes staff miserable into a great principal with a happy staff.

In fact, a good principal, given the chance by her superintendent, can seriously blunt the impact of bad policy choices. In Florida, a state that is a champion producer of bad education policy, there are schools where principals actually find reasonable, humane, decent solutions to problems created by stupid policies.

A good manager in any business or institution really has just one job-- to create conditions in which her people can do their best work. If it's raining, a good manager is out there holding an umbrella over the front-line worker; not yelling at that worker for being wet.

It's important to have an administrator who has classroom experience, who knows the regulations, who has a broad understanding of education, and all the other things search committees look for. But one of the most critical issues is character.

At this point in my career, I've worked for many administrators, and I don't remember the various policy decisions and implementations nearly as well as I remember whether they were decent people or not.

A principal might not be the brightest bulb in the chandelier, might not be on the cutting edge of education, might not even have a clear picture of what's going on in the classroom, but if he's a decent person who treats his teachers with respect, listens to what they have to say, and puts the needs of the students first, I can be happy working for him. Even if he wants to implement or support policies I disagree with, we can work things out. I can advocate for my students without having to watch my back. On the other hand, if he is mean, vindictive, selfish, distrustful, and spiteful, it doesn't matter what policies he supports-- every day is going to be miserable, and I am going to use up a chunk of my energy just deciding which battles to fight and how to fight them and what to do when I lose.

Of course a leader-staff relationship is a two-way street, and teachers can make things better or worse by their own choices. But administrators decide what rules we'll play by and will ultimately decide whether to share power or grab onto it with both hands. Administrators have a huge hand in setting the tone, in creating an atmosphere for their schools.

I write all this to remind myself-- I read and read about schools where things really suck, and often the administration is an invisible hand in that picture-- because I'm privileged to work for a principal who's a decent guy, and while he's not perfect and we don't always agree and I've worked for some pretty not-good examples of the breed in my career, it is easy to forget just how grindingly rough it is to work in some school buildings in this country. It's easy to forget how hard it is to work for a powerful jerk every day when you aren't living it.

Bad policy certainly arms and enables bad administrators, but one of the great undiscussed questions of both ed reform and resistance to it is the question of how to get good people in those front offices. Certainly some reformsters have some cool ideas about how to make a buck putting any warm body in there, as long as it shares their same bad values (looking at you, Relay GSE and Broad Academy), but all of us need to remember that without a decent person in the administrator's seat, it's really hard to drive the education bus anywhere productive and useful. And while we're talking about all the big picture issues, all across this country there are schools whose Number One issue is that they've got a dysfunctional jerk behind the steering wheel.

Can this be addressed on the policy level? Sure-- some. Being a principal and superintendent kind of sucks these days, in that you have all the responsibility for everything short of the weather, and very little power to control any of the outcomes you're responsible for. We talk about the teacher shortage, but mostly smart and capable people in education know better than to get into administration, and so a vast pool of people who could be good at it avoid it like the plague because what ethical decent educator wants to be responsible for implementing state and federal mandated malpractice? So we end up with a handful of good, decent folks, some others who figured they'd like a raise, another handful who just don't understand what the job is, and a bunch of peripatetic egos wandering the country collecting big bucks before they end their three-year local dance.

In the meantime, it takes local action to find local solutions for the problems of bad administrators. It is perhaps a conversation that more people should get involved in.
Posted by Peter Greene at Friday, April 21, 2017