If you're on the USED mailing list, this weekend you received a "Friend" e-mail from John King, the latest in a series best entitled Let's Keep Throwing PR Spaghetti At The Wall Until Something Sticks.

The theme, as with his Vegas speech a few weeks ago, is that gosh, we just have to get the focus back on a well-rounded education because somehow, some way, we've just gotten all twisted up with this testing stuff. 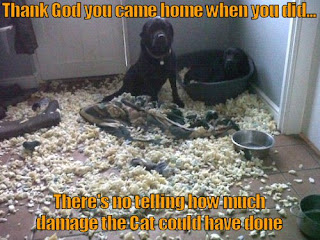 The most powerful thing about John King is his story, so he pulls that out again and seriously, there is nothing that anyone can mock about King's story. His mother died, and he was raised for a few years by a very sick father who then also died, and King was an orphan at age 12. He credits his teachers in general and one, Mr. Osterweil, in particular, for saving his life. And in this letter's retelling of the story, he also credits how involvement in and exposure to the arts also made a huge difference. That's a new feature; the moral of King's story is usually that great teachers and an orderly school can turn a student's life around. Now they also need exposure to the arts to open up the world.

The most intriguing thing about King's story has always been that he fails to draw any of the obvious lessons from it, like that fact that Alan Osterweil saved King's life without the benefit of Common Core Standards or a Big Standardized Test. King has never publicly considered whether the reforms he has championed would have helped or hindered Osterweil, or if Osterweil would have approved of the aggressive, excessive suspension policy at King's Roxbury charter.

But King plows on, with more thin-sliced baloney:

I hear frequently and passionately from educators and families who believe that the elements of a great well-rounded education are being neglected because of a too tight focus on reading and math.Well, yes. I'm sure you do. But do you have any idea how such a thing happened?

Sometimes, that's because of constraints on resources, time, and money. Often, teachers and administrators describe how No Child Left Behind and its intense focus on English and math performance left other subjects under-attended to or even ignored.The mystery here is whether King is incredibly dense, or he thinks the rest of us are. First, the constraints of resources, time and money would not necessarily affect the arts except the federal government mandated that reading and math must be the focus of all education. And that didn't just happen under NCLB-- it continued and was intensified under the Obama-Duncan administration and Race to the Top along with Waiverpallooza, which required states to tie math and reading scores to teacher and school evaluations.

And King has to know that. Arne Duncan can claim ignorance from being safely esconced in the beltway bubble, but King was out there trying to sell this mess to the people of New York in meetings so contentious that King canceled them and had to be forced back out there to meet with people.

The narrowing of the America's curriculum did not just mysteriously happen. It was the direct and completely predictable result of the policies pursued by the last two administrations.

I’ve been clear, as has the President and my predecessor, Arne Duncan, that in many places in the country, testing has become excessive, redundant, and overemphasized.

We're committed at the Department of Education to changing that reality, but we need your help. We need to work together to make well-rounded education a priority for the benefit of our students.Great. I look forward to the department calling for the end of Big Standardized Tests. I look forward to the department demanding that teacher and school evaluations no longer be linked in any way to such tests, so that no system of perverse incentives continues to twist education out of shape. If all that happens, I will even be willing to move forward and stop waiting for the day when USED wailing and moaning about too much testing and narrowing of curriculum is accompanied by a secretary saying, "We did that. We did that. It was our policies. Our ideas. This is totally our fault."

But none of that is going to happen.

Done well and thoughtfully, assessments provide vital information to educators and families, but this shouldn’t come at the cost of those subjects that spark passion and inspire the joy of learning.Y'all keep testing. Just, you know, do it more thoughtfully.

King goes on to say that a well-rounded education is now the thing, and that many non-wealthy non-white students are missing out on this swell stuff, and that's a huge bummer. Then we reach the money sentence (I know because it is in bold, underlined text).

We’ve got to see this as an urgent social justice challenge for the country. Help me share the message far and wide: we must work together to give every child the well-rounded education they deserve.

That's what a well-rounded education is all about: that inextricable intersection between what our kids learn and who they become.

I think the inextricable intersection here is between denying responsibility for past policy screw-ups and attempting to co-opt movements that are already going on. I mean, does King think that the rest of us do not already know that a well-rounded education is important, or that such roundedness has been a casualty of the last fifteen years  worth of reformsterdom.

What audience is he imagining here? Who on the USED mailing list is smacking themselves in the forehead, saying, "Why, damn! That's right! A well-rounded education IS important! How have I not seen this??!!" We all already knew this. We've been trying to tell the USED this for years!

No, this is the fine political process of figuring out where the crowd is headed and trying to run out ahead of them so you can pretend you're the leader. And it's a weak attempt. King would get so much further by saying, "We've made a lot of mistakes. We meant well, but we screwed things up, and now we would like to sit down and listen to you. We know you've been trying to tell us for years what public education needs, and now we are ready to hear what you have to say." But of course, listening has never been King's strong suit.
Posted by Peter Greene at Monday, April 25, 2016