John King Still Doesn't Get It

News comes that today in Vegas, John King will try to use his bully speaker's podium to lay down some words about education. Here's the short version of his message, from Emma Brown at the Washington Post:

The nation’s schools have focused so intently on improving students’ math and reading skills that, in many cases, they have squeezed out other important subjects, such as social studies, science and the arts.

Close. Actually, the nation's schools have focused so intently on improving students' math and reading scores that the squeezage has occurred.

But throughout his comments, King shows that, like his predecessor, he just doesn't get what has happened.

For instance, Brown reports that King plans to say that No Child Left Behind had the unintended consequences of narrowing the curriculum. I can believe that, at least for some people, the consequences may have been unintended. But they were completely predictable, and in fact people on both side of the ed reform divide predicted it.

Brown reports the criticism, including the observation that what NCLB made bad, the Obama administration made worse, "especially by pushing for teacher evaluations tied to those test scores." But King objects to that criticism, "saying that the administration’s efforts always emphasized a more holistic approach to teacher evaluations than the political rhetoric suggested."

No, sir, they did not. At best you can say that the administration paid lip service to a more rounded view of education. But their efforts were always toward emphasizing results of the narrow Big Standardized Test. The administration spent a ton of money to develop what were supposed to be the two national tests (SBA and PARCC). And at every turn, the administration demanded that teacher evaluation be tied to "student achievement," which always and only meant "test scores."

In fact, this administration made an example of Washington State by yanking their NCLB waiver because they refused to link teacher evaluation to student test scores.

King's speech opens with a personal story from his teaching days (he does not mention that those teaching days were in a charter and few days indeed) and then moves to an impassioned call for wider education. Then he starts slinging baloney.

I’ve been clear, as have the president and my predecessor Arne Duncan, that in many places in this country, testing became excessive, redundant, and overemphasized, and our Department is serious about helping states and districts to change that.

No. The USED is not serious about helping, and they never have been. If they had been, they could have done away with the federal mandate for testing every child every year. If they had been, they would have done away with the federal requirement that teacher evaluations be significantly linked to test results. What they have been serious about is maintaining that federal level of testing, making it really count, and when called on the over-testing of US students, shifting focus by claiming that it's all those other tests that are the problem.

King makes an attempt to somehow link NCLB to social justice and civil rights. And he admits that maybe emphasis has shifted from classes that are important. He gives a single-sentence paragraph emphasis to the statement, "And the research is clear that a well-rounded education matters."

You understand a reading or a lesson better when it touches on knowledge or experiences you’ve encountered before – which is why students with wider knowledge read and learn more easily. 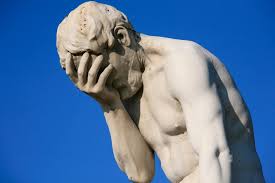 King is correct-- and yet what he's saying runs contrary to the whole reading philosophy of Common Core, which treats reading as a group of discrete skills that exist in a vacuum, independent of any content. It is also contrary to the BS Tests, which are designed to use reading excerpts specifically chosen to level the playing field by being obscure (so no prior student knowledge) and boring (so no student interest).

Then he goes on to talk about how science and STEMmy things can stimulate math ability. So King is telling us that math and reading aren't the only important areas of study. Other areas are also important-- insofar as they help with math and reading!

King is excited because he believes that ESSA will let states redefine what "education" means so that it includes non math-and-reading things.

And then. Then King talks about how he sees all this through his daughters' eyes. You know-- the daughters that attend a Montessori school where none of the reforms of NCLB and Common Core and BS Testing are followed. Yeah-- their school does really awesome stuff?  Shouldn't all schools be that awesome, wonders John King as if he is not sitting in the head office of the government agency that has worked for over a decade to insure that all schools are not like that.

King shares one other characteristic with his predecessor-- he can occasionally say the right thing (even if it has nothing to do with the department's actual policies). Here's his finish, spinning off from his daughters' education:

Their education will shape the people they will become, not just what they will achieve academically. Both of them have studied music, dance, and theater. I don’t know if either of them will become a concert pianist or a famous guitarist or a professional ballerina. But I do know that they are developing a kind of aesthetic appreciation that will bring them joy and widen their world for the rest of their lives.

And really, that’s what this is about: that inextricable intersection between what our kids learn and who they become. I am who I am because a teacher and a school believed it was worth the time and effort to widen my horizons.

That’s what every student in this country deserves. Let’s work together to make it possible.

One of the things that has always puzzled me about King is that his story is powerful and moving and real-- yet King himself does not seem to understand any of the lessons that story teaches. It appears that this policy-level blindness has followed him directly into the secretary's office. How the cognitive dissonance between his messages and the policies his office supports and approves-- I don't know how that doesn't make his head blow up.