North Carolina continues to slowly dig deeper and deeper holes in which to bury public education and public school teachers. They've just launched another piece of their bad ideas, but in order to look at what just happened, we need a little context.

Our story so far

North Carolina has spent about a decade chipping away at public education. Here' are just some of the lowlights. 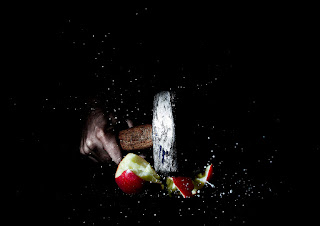 NC implemented one of those flunk third graders if they don't as the Big Standardized Reading Test laws. They froze their already-lousy pay schedule for teachers (in NC, the state sets the pay levels) even as that pay was shown to be Very Not Good.. When a report showed charter schools not doing so great, the Lt. Governor ordered it rewritten to look less negative; then a few years later they did the same thing again. Maybe it's because they are a great haven for charter profiteers. They decided to shovel even more public money into the voucher pipeline, while cutting millions from public ed funding (for Democratic areas). They tried to follow the failed Tennessee model of a state-run achievement school district (but it failed). When the legislature tried and failed to end teacher tenure, they told teachers they could have a raise if they gave up their job protections. They've set up rules to enable white flight. NC legislature is one of the ones that decided to fight on the hill of denying transgender bathrooms. And last year the Lt. Governor decided to organize a task force to catch any schools or teachers doing any naughty indoctrinatin' stuff--a state sponsored with hunt. This in a state where county commissioners can take school districts hostage if they don't like what the schools are teaching. And the legislature has been so determined not to fully fun public education that the court finally ordered the state to fork over $1,5 billion to education funding to settle a court finding from 1997 that required the state to stop farting around and fully fund its public schools (which it has been refusing to do ever since).

Posted by Peter Greene at Friday, November 11, 2022
Email ThisBlogThis!Share to TwitterShare to FacebookShare to Pinterest