CT: Darien Gets It

It's a small local story, but I want to highlight it because it shows that some school districts can figure it out.

Darien Public Schools are located in Darien, Connecticut. According to Niche, they're a top-rated district with A and A+ rating for everything except diversity (C-). The district serves a little under 5,000 students, and was singled out by the state for excellence in managing its way through the pandemic. Darien is a costal town on Long Island Sound with a median household income of $232,523, a preponderance of Republicans, and low taxes. Median home price is $2.2 million. Both film versions of the Stepford Wives filmed in Darien. 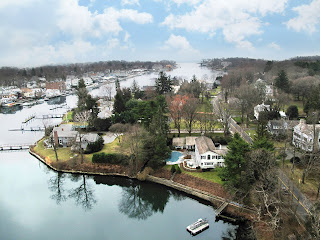 But in 2021, more than 70 teachers left the district (double their pre-pandemic rate). Only five of those were retirees. The board and the teachers union agreed--some sort of action had to be taken. What to do?

Darien didn't lower the bar by deciding to hire any warm body that could stand up in a classroom. They didn't shrug and say, "Well, just jam more kids into the classrooms we still have teachers for." No, they did something radical:

This week, the school board approved a three-year contract with Darien educators that will cost the district a total of $6 million but gives teachers the biggest increase in salaries in more than a decade and the highest starting salary among districts of comparable size and affluence.

That's right. They got competitive. They recognized that the high cost of housing in the district means it's an expensive place to teach, even if the expense is measured in many hours of commuting. They extended maternity leave, to twelve weeks plus five days.

Or they could just shrug and say, "Well, there's a teacher shortage. Nothing we can do about it." Darien's approach seems more useful.

Posted by Peter Greene at Friday, November 18, 2022
Email ThisBlogThis!Share to TwitterShare to FacebookShare to Pinterest