Do Education and Urgency Mix?

Is urgency a critical element of education?
Rachel Skerrit, writing for Education Next about the experience of leading Boston Latin School, thinks so. She puts "culture of urgency" top of the list of critical elements. What does she mean?
What I mean by “culture of urgency” is to unite all constituents around a mission and to be clear about where we currently fall short. Urgency does not mean to place so much pressure on teachers and staff that their longevity in the profession is unlikely.
She argues that urgency in urban education "is created from an incident." Something happens, and leaders respond to an urgent need the incident revealed.
Her piece sparked a response from Martin West (Harvard Graduate School of Education), and as I would expect, the guy who suggests that students should get "caught up" by spending more time in school, he agrees that urgency is key. There's a whole side argument about whether or not urgency is racist, as some report they have been told, and I'm inclined to agree that it's not, with the usual caveat that as an old white guy, I may be missing something. 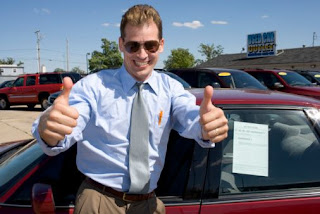 Urgency has also been brought up in various discussions of "catching up" after the pandemic pause, and in all this discussion, there are some shades of meaning that matter.
Some folks seem to be using urgency to mean "treat this like it is an important thing," which is just another way to set things as priorities, and that's fine. Where I start casting side eye is when urgency is used to mean "You have to do something RIGHT NOW!"
This is salesman urgency, the whole pitch of "you'd better lay your money down right now for this fabulous deal because if you hesitate it will be gone." This is the urgency that's applied to make sure we skip any kind of meaningful thought, discussion, or reflection.
Martin quotes writer Tema Okun: When a sense of urgency “makes it difficult to take time to be inclusive [and] encourage democratic and/or thoughtful decision-making,” it can be oppressive. When a sense of urgency produces “unrealistic expectations about how much can get done in any period of time,” it can become self-defeating.
You may remember back to the days when Common Core was being rammed down everyone's throats, and the argument to many objections was that we can't possibly roll this out slowly or carefully because the schools are burning and we have to fix it all RIGHT NOW! Likewise, school choice advocates have argued that their policies must be implemented RIGHT NOW because students can't wait another minute. While some folks making the urgency argument may have been sincere, there were certainly many who were simply trying to force the sale and get things moving before anyone could think much about it.
It is a match with the Silicon Valey ethic of move fast and break things. And unfortunately it can trickle down to the classroom as well.
The Big Standardized Test (and many other tests as well) harness RIGHT NOW urgency, insisting that students not take time to reflect or consider answers, but crank them out RIGHT NOW before the buzzer sounds. It's a particularly odious approach to writing on tests; I wonder how many scholars who created their masterworks over a period of years would flunk a test requiring them to crank out insights in essay form in the next thirty minutes.
And it's easy to let urgency work an unhealthy path into the classroom. Lord, but I know this one. I always felt that 180-day limit breathing down my neck as I contemplated everything I wanted to get done. It was a regular part of my professional self-care to stop, take a deep breath, and just take my foot off the gas pedal before I drove my class right into a wall. RIGHT NOW urgency is the enemy of careful, thoughtful reflection, and I had to regularly remind myself that that kind of meaningful depth was more important that getting to everything on my list.
RIGHT NOW urgency is the enemy of quality. Let me tell a professional development story. The session leader had us divide ourselves into groups based on decision-making style--whether we had to think it through first, or move quickly and ask questions later, or some other combinations. One relatively small group that resulted was the move fast and break things group; when asked what the advantage of their approach was, one participant said proudly, "We get shit done." In my group, the approach deliberately crowd, someone muttered in response, "Exactly. Shit. You get shit done."
Currently folks want to apply RIGHT NOW urgency to Learning Loss. Specifically, they want to apply it to the matter of getting BS Test scores back up there, and in fact that is where West is going with his article--parents don't understand just how behind their kids are and we've got to convince them so they can panic properly and help us implement and pay for all these programs that will get student achievement test scores back up! Beware papers like this one, trying to make an academic case that we need to accelerate learning (somehow) and increase hours and push push push students to hammer every little iota of education out of every precious second, as if those seconds could not be used for other precious pursuits.
It may be a shortcoming that I am not a Get Shit Done kind of guy, but when the salesman starts trying to make me feel an urgent need to give him my money RIGHT NOW, what I actually feel is a certainty that it is time to walk away. Urgency is to often the enemy of sober thought about choosing the best path forward; in fact, it's often an attempt to short-circuit any meaningful discussion about what the path forward should be.
Set priorities? Excellent idea. Treat important things as if they are important? A critical idea. Letting somebody stampede you by hollering RIGHT NOW before you've finished deciding right now what? A terrible idea.
Posted by Peter Greene at Saturday, November 26, 2022
Email ThisBlogThis!Share to TwitterShare to FacebookShare to Pinterest