So, some things will happen today. People will be voted into office, and some of them will bring good news for public education and some will bring not such good news. In some cases the choices aren't all that encouraging (there is no pro-public ed candidate for governor in PA--just bad and way worse) and some choices that should seem clear cut probably aren't (Ryan Walters is a posturing tool, a fatuous dudebro who shouldn't have a hope of getting elected, but it's Oklahoma, so we'll see).

But before we start sorting through the results (and the challenges to results), I want to remember a few things.

Most of all, I want to speak in favor of the long haul. 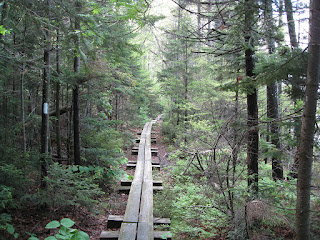 This is what the folks over on the right have always good at. The long march toward dismantling public education arguably stepped of with that made-to-order condemnation of public ed, A Nation At Risk, and there's been a slow steady tread in that direction ever since. High stakes testing, by which we can "prove" that public schools are failing. Bad top-down standards, by which we hobble public ed and sow distrust of it. Continued attacks on schools for teaching Bad Things, by which we further convince folks that public ed cannot be trusted. Charter schools, by which we move the Overton Window to where the idea of multiple many-tiered privately owned and operated schools don't seem so far fetched. (And some of this has been on the move since long before even A Nation at Risk--some of these folks are very patient).

All of these (and others as well) were pushed and supported by some people with a sincere belief in their value, but the anti-public ed crowd made use of the opportunity that was presented. Because opportunism is a critical element of the long game.

Consider the central irony to the Moms for Liberty push to get their kind of folks on school boards around the country. Justice and Tescovich were both school board members elected for their pseudo-conservative credentials; then once the voters saw them in action, the electorate rejected them. The M4L was hatched.

One need look no further than the 2020 election to see how folks on the right can make the most of what they're handed by keeping their eyes focused far ahead. Trump's defeat could have crushed the movement, a decisive drubbing of a sitting President by a candidate who did not exactly represent the Democrats A game. The GOP could have banished MAGA to the hinterlands and quietly licked their wounds; instead, the Big Lie has become a huge rallying cry, a generator of energy that is driving a ridiculous number of votes to terrible candidates today.

Some folks are lazy in victory and resigned in defeat. Others keep their eye on the goal, hitch up their pants, and keep playing the long game of a slow steady march toward their goal. It has worked for a variety of issues on all sides of the spectrum.

Defenders of public ed can--and should-- do that, too.

I know it's tough. For one thing, there are far too few elected officials in our corner standing up for public education. For another, the ballsiness of the attacks can put one back on their heels (did Moms For Liberty really just say they wanted to ban a book about seahorses for being too sexy??!)

Being vocal also means being repetitive. "American schools are failing" did not gain a foothold in the culture because of any well-reasoned arguments or a single effective speech or a careful presentation of supporting data--it entered the culture through the sheer force of repetition. It was repeated so often that people began to accept it as a piece of conventional wisdom that they were sure they heard somewhere. Repetition, repetition, repetition.

It means putting ideas out there to "just lie around" until the moment comes to pick them up. Voucher fans were able to seize the pandemic moment because the idea of vouchers, the shape of voucher bills-- even after years and years and years of repeated defeats, the whole package was already put together and ready to go at a moments' notice.

Elections happen, elections matter, and elections have consequences, but in and of themselves they are rarely the beginning nor the end of something. They bend--sometimes dramatically--the trajectory of a policy or an idea, but that trajectory continues after the election is over and the New Guy is in office. It is an epic mistake to, in the wake of an election, declare either, "Well, we've won so now we can relax" or "We've failed, so time to go home."

Education exists at the intersection of a myriad of ideas and goals, always in tension with each other, always pulling and pushing in a dozen directions. There is no victory. Nobody ever wins because the debates and wrassling are never over. Nobody ever loses, either, but some give up.

When I started teaching, the prevailing idea (which I shared) was that public education was a stable world, an institution that pretty much everyone supported and mostly left alone. You entered teaching thinking you could just go to your room, shut the door, do your job, and that was enough. By the switch of millennium, the model was more like guerilla warfare-- you did your job, but you had to be prepared to be feisty and agile enough to do it in spite of many people that should have been your allies.

It's not complicated. A publicly owned and operated system that provides every single child a quality education that helps them as they strive to become their best selves while learning to be what it means to be fully human in the world. Not a system that only serves some. Not a system that indoctrinates young citizens with a cramped and meager vision of their nation, their history, their own potential, their humanity and the humanity of those around them.

This seems (in fact, I think it should be our custom on the occasion of every election) like a good time to revisit Amanda Gorman's inauguration poem from 2021. You can read the full text here, but I'll remind you of how it finishes:

Posted by Peter Greene at Tuesday, November 08, 2022
Email ThisBlogThis!Share to TwitterShare to FacebookShare to Pinterest