North Carolina has not been a great state for education for many years, and as the fight over all the things lumped under the banner of "critical race theory" has heated up, they've been doing their part to fan the flames.

Lt. Governor Mark Robinson set up a website to collect reports of naughty indoctrinatin' going on, then issued a report that seemed more interested in buttressing a pre-selected agenda than taking a look at what they had actually collected. Bad stuff, the task force alleged, was rampant out there. 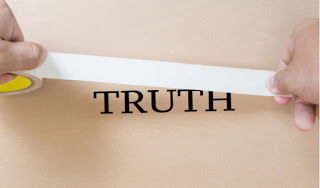 So the Johnston County Board of Commissioners decided to take action. That matters because in North Carolina, thanks to a Depression-era law, the state pays for operating the schools, and the county pays for the buildings and other facilities. School districts cannot levy taxes or raise their own money. Which means that state and county government have considerable say in how schools are run.

In June, Johnston County's Board of Commissioners decided they had thoughts about the teaching of indoctrinaty stuff in the county schools. The board decided they would withhold $7.9 million in funding until the school district banned critical race theory.

They tried. In July the revised the code of ethics to say “instructional staff and other school system employees will not utilize methods or materials that would create division or promote animosity amongst students, staff and the community." Johnston County school board meetings were hit with protests, including a "visit" from Rep. Madison Cawthorne urging them "to stand up to [Governor] Roy Cooper" and reverse their mask mandate. Cooper has been blocking legislative attempts at gag laws for schools.

So they tried again. And came up with one of the more repressive, China-re-education-camp-style policies in the country. Here's how it comes across in the News Observer

The new Johnston policy tells teachers not to undermine foundational documents, which include the Declaration of Independence and the Constitution.

“All people deserve full credit and recognition for their struggles and accomplishments throughout United States history,” the policy says. “The United States foundational documents shall not be undermined.

“No employee of Johnston County Schools will make any attempt to discredit the efforts made by all people using foundational documents for reform.”

The policy also tackles the sensitive topic about how to teach about historical figures. “All people who contributed to American Society will be recognized and presented as reformists, innovators and heroes to our culture,” according to the policy.

Every historical figure is a hero??!! Andrew Jackson? Great guy. Aaron Burr? Heck of a fella. Presumably all of the founders were very heroic in how they held slaves. What possible educational benefit can there be to requiring schools to teach two-dimensional versions of our very human forebears?

The policy says “teachers will instruct and educate students about legal policies and avenues of actions.” The policy also says its goal “is to foster positive relationships between our students and the local government entities who provide services to their community.”

“Any group who encourages students to act outside of the law, places this relationship in peril, and is not productive to the goal of Social Responsibility,” the policy says.

Two thoughts. First, I am repeatedly amazed at the magical powers that some folks believe teachers have. Second, what requirements will be placed on local government entities to help foster these relationships.

It's worth noting that not all of the commissioners were on board with this extortion-based curriculum development plan. Said Commissioner Tony Braswell, "We were outside what I think our lane is." Yes, that's correct. And it's worth noting that this sort of propaganda, this Only Good Stuff version of history that the commissioners dragged out of the district in the name of promoting patriotism, and which Commissioner Ted Godwin called "as basic as Mom, the flag, and apple pie," is the kind of thing we would expect from China or North Korea. It's bad education, bad history and bad patriotism. It's terrible policy, and a terrible way to get policy implemented. Here's hoping that teachers in the district ignore it.

Posted by Peter Greene at Saturday, October 16, 2021
Email ThisBlogThis!Share to TwitterShare to FacebookShare to Pinterest