The right wing Heritage Foundation has an education wish list for the next session of Congress.
And who can blame them? Their last wish list was a list of right wing judges they hoped to have installed, and Trump was their big ole Santa Claus.
But this is a list we should pay attention to, because it's what the next Congress is going to get lobbied hard for. So let's see what these folks want to find under their tree next year.
Early childhood education and care
I actually don't entirely disagree with their very first item, which is a safe harbor for household employee child care. Currently, if you are spending more than $2,400 for a sitter/nanny in your home, you are required to do all those employer things like withholding taxes and submitting quarterly payments to the IRS and I know rich folks who have inhouse nannies could just suck it up, but I know a few not-rich people for whom this stuff is a real issue. Of course, there's also the supreme hassle of being a gig worker with a stack of 1099s at tax time. There has to be a better way, but it needs to be one that protects the rights and livelihood of the workers on this low end of the scale. 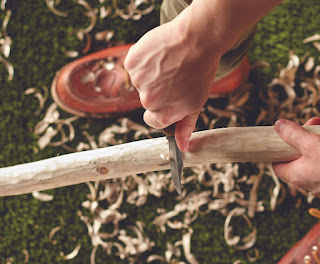 Next, Heritage wants to burn down Head Start, and "although the federal government should not be involved in the provision of early childhood education and care in the first place," Heritage would settle for folding Head Start money into the Child Care Development Fund, which is a childcare voucher program for the littles that hands over some money and lets parents pick the provider.
Remember the 529 savings programs that let parents "invest" money for college funds. Back in 2017, Congress expanded the program so that it can now be used to pay for K-12 expenses like private school tuition. Heritage would like to keep right on expanding and letting folks use the 529s for preschool and child care. Folks on the right like 529 plans because they set up all the structure needed for a voucher program.
Elementary and Secondary Education
Two goals focus on the DC school system. Heritage would like Congress to expand eligibility for the DC voucher program. They would also like DC schools to become a "model for the rest of the nation" by instituting a gag law, "rejecting the application of 'critical race theory' and 'queer theory' to school lessons and activities." They're using the argument that things like requiring an appropriate pronoun would constitute "compelled speech." That argument also extends to having educators "acting in a way that violates objective biological facts and, potentially, their personal beliefs and values." So, compelled speech is bad, but compelled silence is appropriate.
Heritage would like a national "Parent's Bill of Rights," though not one that expands the federal government's "footprint in state and local education policy." Just something nice a vague that "concisely confirms that a parent is a child’s primary caregiver." Well, that and "provisions about parents’ right to direct the upbringing, education, and religious and moral instruction for their children."
And in the continuing attempt to get voucher feet in the door, Heritage would like Congress to make IDEA and Title I funds "portable," as vouchers for things like micro-education savings accounts. While we're at it, says Heritage, lets also institute federal vouchers (education savings account style) for military families and students on tribal lands.
Higher Education
Put a stop to all that student loan forgiveness stuff, including the Public Service Loan Forgiveness, which is a bad program because it "prioritizes government work over private-sector employment."
Also, Congress should get busy phasing out federal student loan programs entirely "to make space for a restoration of the private lending market."
Also, let's put a stop to the current accreditation system for higher ed and replace it with accreditation by whoever the state feels like offering sponsorship to. There's already a bill for this--the 2019 Higher Education Reform and Opportunity Act , sponsored by Senator Mike Lee (R-UT) and Heritage quotes him:
Imagine having access to credit and student aid and for a program in computer science accredited by Apple or in music accredited by the New York Philharmonic; college-level history classes on-site at Mount Vernon or Gettysburg; medical-technician training developed by the Mayo Clinic; taking massive, open, online courses offered by the best teachers in the world from your living room or the public library.
Yes, that would be paradise for privateers. For ordinary students, not so much.
Heritage has a beef with research funding, arguing "that taxpayers end up cross-subsidizing the research agendas of woke billionaire philanthropists, but universities use this indirect cost windfall to fund growth in diversity, equity, and inclusion (DEI) staff, country club–like campuses, and administrative systems of questionable value." That's an odd argument, as at least one university I'm familiar with does that kind of over-expansion because some corporation or regular unwoke millionaire wants their name on a new building.
And Heritage would like higher ed to have "skin in the game" by carrying some of the cost of unpaid student loans.
So there you have it.
When Congress gets back to work, look for these choice ideas to crop up, as Heritage continues its tradition at whittling away at any kind of taxpayer-funded services for other people in hopes that someday there will be nothing left but a sliver that rich folks can use to pick at their own teeth. Here's hoping Santa decides they've been very naughty.
Posted by Peter Greene at Tuesday, November 29, 2022
Email ThisBlogThis!Share to TwitterShare to FacebookShare to Pinterest