Searching for something to add momentum for their proposed teacher gag law, North Carolina Republicans rallied behind Lt. Governor Mark Robinson last March when he announced the Fairness and Accountability in the Classroom for Teachers and Students (FACTS--get it?) task force, with the stated purposes of 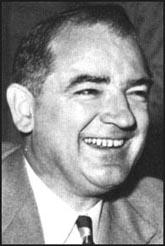 There was a form to submit any damn thing that burnt your toast. And at least 580 people did. I know that because the task force released a report earlier this week, and it includes all of the reported items. Let me tell you about it.

The short answer is that it is just as awful as you think. For one thing, the 580 items have the reporter identity and contact information redacted. Names of teachers in the items? Those are still there. We'll get into it ion greater detail in a second.

So who was on this witch hunting panel, this unironic tribute to McCarthyism?

We've got Judy Henlon, president of Classroom Teachers Association of North Carolina, one of those "alternative" professional groups. There's Olivia Oxendine, who's listed as an Associate Professor at UNC Pembroke and a member of the state Board of Education; the FACTS report doesn't mention that she's also with North Carolina's very conservative John Locke Foundation and failed political candidate.

Two politicians. Senator Kevin Corbin, who sits on the Education Committee, and whose sponsored bills from this year include one to make sure that students and their parents could enjoy live high school sports and the state's Punish Third Graders For Failing the Reading Test law. Also, Representative David Willis, who has sponsored a bill to use COVID relief funds for vouchers, and who owns a Kiddie Academy franchise.

If you think you've guessed which way the wind is blowing here, meet our last three members.

We've got Terry Stoops, director of the Center for Effective Education at the John Locke Center where, among other things, he has argued that North Carolina should not pay teachers for having masters degrees because it doesn't raise test scores. Yes, that makes two reps of the Lockers, who are part of SPN, tied to ALEC and all the usual suspects.

And finally, Baker Mitchell. Mitchell has been a leader in charter school profiteering with his conservative "classical education" charters.

So if I were a betting man, I'd suspect that this GOP-laden commission is maybe partly about weeding out evil indoctrinators and maybe part about finding one more way to kneecap public schools in North Carolina. But let's look at the report itself.

The report says that they've attached all the submitted reports, and I'm inclined to believe them (Submission #578: "Gehehsidhdbdud"). It's an interesting cross-section of grievance, despite its unfortunate resemblance to the comments on any heavily-trolled online article. Here are just a few highlights.

The one time I got on the phone with the Vice principal she made me feel like she thought she knew better for my son and when I asked her if she personally has look at the CDC website to see they published this so called virus is no more then the common cold she told me the info has not been passed to them. How hard is it to look for yourself? These kids need schools open an no mask. Wearing a mask when not necessary will do more harm to your body then this virus will.

My grandson has to watch CNN NEWS every morning in his class. (There are multiple complaints about watching CNN.)