If you have not already caught the story breaking today, you may want to take a moment and read about how Cambridge Analytica harvested a giant mountain of data from Facebook in order to help Trump win the election. And by giant mountain I mean, apparently, something like 50 million people.

There will be a bunch of noise about the "helped Trump win the election" part of this, but for the education angle, I'd like to focus on just a couple of things. 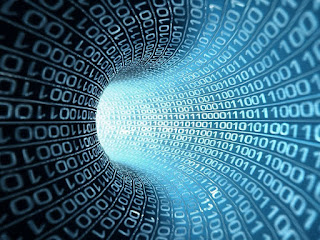 First, the how. The company got a bunch of people to take a personality test and have their personal data collected. Cambridge Analytica went ahead and used that "in" to hover up data from all their friends. This is a violation of Facebook rules, but fat lot of good that does anybody after the fact. Strands of data are interconnected all over the place-- someone picks up one strand and just starts pulling and heaven only knows where it ends. But it's worth noting that this was not a hack, exactly-- just a willingness to ignore the rules in pursuit of profit.

Also, every time you take one of those "Which condiment are you" or "We can guess your IQ by how you answer these questions about fish" quizzes, the main point is not the quiz-- it's the permissions you give to the quiz app creators without even noticing it.

Second, the who. Facebook is a giant pile of data, and that means that people will attack it for the same reason Willie Sutton supposedly robbed banks ("That's where the money is.") Facebook should have the biggest, baddest data vault in the world. They don't. And this is all important because Facebook is the point of origin for Summit schools, a data-grabbing charter system that now aims to scale up by putting their software in schools all across the country. Can parents expect a bundle of education software to have greater data protection than Facebook? Or will students who get involved in such edu-programs become vulnerable to anyone who wants to chase their data through legit or illegit means? I'm betting the second one.

And note-- Facebook knew the violations were happening, and they kept their corporate mouth shut and did nothing. Not exactly a data watchdog.

Third, the what. Cambridge Analytica didn't just use data for straight-up analysis on the order of "Do most people like lox on their bagels?" They crunched that data in order to generate behavioral profiles that would allow them to nudge and manipulate the behavior of millions of people. They used that data to try to throw the election for the President of the United States. The lesson is clear-- a whole bunch of data is worth a lot of power and money, and therefor provides ample motivation for bad actors to do bad things. Do you think the massive pile of students data gathered by educational software will work any differently?

Fourth, my ex-wife's junk mail. I can't say this hard enough-- on top of all the Big Brothery things we worry about Big Brother doing, we should also worry about Big Data's tendency to get things wrong. It takes not one, but a whole series of mistakes, to send my ex-wife's mail to my current address (particularly under her subsequent married names)-- but it still happens. And there isn't a thing anybody can do about it, because once a mistake (or twelve) makes it into the Great Data Swamp, there's nobody with the power to fish it out or fix it.

We have not even begun to wrestle with the practical, legal and ethical issues of Big Data running loose in society. We sure as hell aren't ready to deal with Big Data in the schoolhouse (which, I suspect, is precisely why Big Data is in a hurry to get there before we can really think about it). Every one of these data adventures is one more reminder of how not-ready-for-big-data-in-schools we really are, and how careful we should be before we let the Big Data harvester mow down fields of students.