The official heading for Title I is "Improving the Academic Achievement of the Disadvantaged" and so Title I money has been distributed from the feds as a way to equalize educational opportunity for students in poor schools, with each state generally taking its own approach. This has involved some fairly opaque distribution methods and not everyone is convinced that the money actually does anyone any good.

But now, Betsy DeVos has added a new wrinkle to Title I distribution. 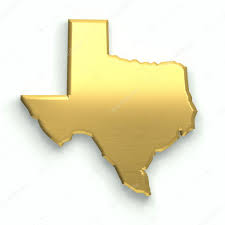 Mike Petrilli (Fordham Institute) picked up the wrinkle, tucked away in the nether regions of the Texas plan for ESSA. (Because being employed full time at a thinky tank gives you the time necessary to study the wrinkly nether regions of education plans).

You may recall the School Improvement Grants that existed under the Obama-Duncan USED. They handed out money under very specific guidelines with the intent of improving struggling schools, and they were notable in that they pretty much utterly failed. I argue that they failed because they came with strict federal rules about how the money could be used; Betsy DeVos argues they failed because the feds shouldn't give anyone money.

Whatever the case, ESSA replaced SIG with a 7% set-aside, in which the state must take 7% of its Title I money and put it in a lock-box, to be used to fix sad schools. So, can you predict what Texas proposed that DeVos and Petrilli would both be interested in?

On page 31-32 of the Texas plan, we find a list of Ways To Improve Schools using that 7% pile of money. These methods include:

Replicating an existing successful school model into an identified school, including as a charter school;

Closing the identified school and consolidating the students into a higher performing or new school, whether charter or district managed;

Notice those last two. We're not just talking about converting a public school to a charter school, one of the "turnaround" techniques previously allowed. USED is now saying that Texas can just go ahead and open a new charter school and then shuffle students into it. This plan doesn't call for improving a low-performing school-- it calls for setting up a competitor. As Petrilli notes, not everyone agrees with DeVos's interpretation of the law, but DeVos gets to make the rules right now, and it would seem she likes this rule just fine, which means we may see this idea crop up in other states.

7% of the full federal Title I outlay is $1.1 billion. That's a large pile of money now technically available to launch new charter schools. No doubt lots of folkswill be more than happy to let federal tax dollars underwrite the launching of their education-flavored business. And states like Texas will have one more tool for dismantling public education.
Posted by Peter Greene at Tuesday, March 27, 2018