Matt Barnum at Chalkbeat has a new profile of a new (sort of) program for personalizing (not exactly) teacher training following the competency-based (allegedly) model.

We can see some of the fundamental problems right off the bat. Barnum opens with a scene from the program. Proto-teachers are being given a scenario-- you hear someone in your classroom slam Black Lives Matter protests, and you're worried about damage to your classroom culture.

“What are you going to do in the exact moment? What do you do in the next month to make sure your classroom is a safe environment?”

Asking those questions is Rupal Jain of the Woodrow Wilson Academy of Teaching and Learning, a soon-to-launch graduate school of education with a new approach to teaching teachers. The Academy’s goal is not just to challenge them with scenarios like that one, but to ensure they master them, with prospective teachers moving at their own pace and graduating when they demonstrate more than 40 specific skills.

So let's unpack some of the assumptions here. 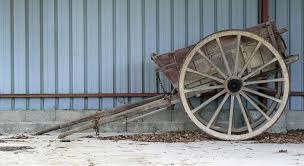 You can't "master" these scenarios, any more than you can "master" being married or "master" parenthood. For one thing, every situation is different. For another, the ground continuously shifts under your feet as you and your students get older. This sort of thing absolutely falls under one of my own Rules For Life, which is that you must always keep growing and learning, and if you aren't going forward, you're going backwards-- there is no standing still. If a teacher were to tell me, "Well, I've completely mastered that aspect of my classroom practice," I would immediately conclude that I was talking to someone who isn't a very great teacher.

So, no-- you aren't going to teach anybody to "master" this scenario, or any other one.

Second, someone has apparently achieved the magical trick of narrowing the entire rich, complicated teaching profession to a list of (more than) forty specific skills. This belongs on a shelf next to some magazine article entitled "Twelve tricks to being the perfect wife" or "Become a perfect parent in just ten days." It's ridiculous. If someone walked into a teaching job interview and said, "You should hire me. I'm a great teacher, because I have mastered these forty-two skills," my thought would be that nobody should hire this person for a teaching job, ever, because the only person who could say something like that would be a person who does not understand the teaching profession. At all.

But we're only three paragraphs into the article. I've never known Barnum to completely miss the mark when he covers a subject, but hey-- maybe subsequent paragraphs will reveal that he just made these folks look worse than they really are to spice up the opening.

The future of education will “move away from focusing on what you’re being taught to what you’ve actually learned,” said Arthur Levine, the former president of Teachers College and the head of the Woodrow Wilson Foundation, the organization behind the Academy. “We thought, let’s create an institution that does it and can model it.”

That's good competency-based education boilerplate, and I don't want to take a long side trip on why that's concerning. The short explanation for why CBE is a problem here-- Levine's goal can be read as "Let's just focus on the things that we can test." Now I'll ask you-- as you think back on the important educational experiences and lessons of your life, are the majority of those memories related to the tests you took?

The Academy is getting big bucks from the Chan Zuckerberg Sort-of-philanthropic-but-not-really Initiative. It will focus on science and math teachers, and it will get help from MIT. And if you want another giant red flag to plant in the Academy's front yard, consider this:

It’s unclear if it will work: “Competency-based” teacher education has a thin track record, and though research has been done on the teaching fellowships the Woodrow Wilson Foundation has run for the last decade, the foundation has not released it. But the Academy has the funding, prestige, and handle on the zeitgeist to suggest that its approach will influence teacher education in the years ahead.

Imagine this. Your friend runs into the house with a great new product. "This will totally help your plants grow," your friend yells. "I'll show you." And your friend goes into the next room where the plants are, and you hear some noises, and then your friend comes out, shuts the door, and tells you, "You know what? Don't look in there." Do you deduce that the product worked? No, neither do I.

But hey-- who cares if your idea works, as long as you have money and prestige and the zeitgeist on your side.

So this really isn't looking good so far, but Barnum is still writing, so let's see if anything starts to look better.

What is the Academy?

Well, it's a project going back to 2015 as a partnership between Woodrow Wilson (the foundation, not the dead President) and MIT. It raised $22 million from Chan Zuckerberg, the Gates Foundation and the Bezos Foundation, among others, with their eyeballs on another ten mill. And they've grabbed up ten "design fellows," recent college grads to work out how this program should work.

Alex Trunnell, one of the fellows, recognizes there's no one right way to set up a classroom, so the Academy is setting up a teaching "gym" for practice, with 3d software for designing space and a simulation program from Mursion, a company that promises "customized training simulations for any workplace." Also, the fellows work in after-school programs.

So, unless I've missed something, we've got a program to train people how to be teachers, piloted by people who have never been teachers. Augmented with software written by other non-teachers.

I learned, in part, classroom management by sitting in class with Dr. Robert Schall. While we presented our prepared lessons, Dr. Schall "simulated" the behavior of Bobby, a realistically uninterested student. Those session were invaluable because, as someone who had worked for years in a classroom, Dr. Schall had a good grasp of exactly what that kind of behavior looked like. He was not computerized, but he was in 3D.

One of the features that has emerged as a defining quality of education reform is an absolute ignorance of decades of work by millions of professionals in the field they want to revolutionize. What better exemplifies that than a teacher preparation program that does not involve or consult actual teachers?

To work, the Academy will need to successfully assess the skills it expects prospective teachers to master. That’s a tall order, particularly before teachers actually have their own classrooms.

Indeed, that is the second of two huge hurdles (we'll get back to the first in a second). How will they meet this challenge? The short answer is, they don't know. Or as Pam Grossman of the University of Pennsylvania puts it regarding "context-specific" skills like developing strong relationships with students, "We don't have assessments yet that really assess the quality of those kinds of practices."

The third hurdle is money. The program wants to charge about $25K for an open-ended (you just stay in the program until you've checked off the forty-odd items) program that may or may not make a real teacher out of you.

The first hurdle? Barnum didn't ask a critical question here-- where did the list of forty-some specific skills come from, and what basis is there for believing that the list is correct? This should be the biggest, reddest flag of all....

Particularly because Woodrow Wilson has been pursing away at teaching for a while, and there is zero evidence that any of their attempts to "transform teacher education while preparing future leaders in the teaching profession" have actually yielded useful results. Levine says they have research results and they are totally going to release those some day, but it's worth remembering that the foundation has an ideological axe to grind.

The dream is that the program will be hugely successful and then it will become a resource center and the approach will scale up and spread like educational kudzu. They don't want to compete-- they want to become partners with all the other programs whose expertise they're ignoring as they build their new program.

As Barnum notes, Levine makes an odd poster person for this approach, as he has not been a fan of all those future partners (his paper about teacher prep includes chapter titles like "The Pursuit of Irrelevance" "Low Admission Standards," and "Insufficient Quality Control.") But he insists that he's totally not that guy, and wants to be a helpful bud to all the teacher prep programs that he has previously ignored and/or dissed.

I'm thinking we're worrying about the cart when the horse hasn't even been born yet. The program is up and running, missing only a justification for their approach, an effective way to deliver it, and a valid means of measuring its success. They don't know if they're doing the right thing, how they're going to accomplish it, or how they'll know they've accomplished it, and their are red flags waving brightly around all three of those issues. Outside of that, though, they're right on track for some prestigious zeitgeist funding.