How To Pass for Human

I love this video


When you’re a teacher about an hour away from vacay and take off the professionalism for a minute pic.twitter.com/6AYlvfDznP
— José Luis Vilson, NBCT (@TheJLV) December 22, 2017

I am not always a fan of dancing teacher videos. The viral ones where a teacher or principal steps out at a student event, stealing focus from the students and turning a bunch of cheerleaders into his or her anonymous backup squad? Not a fan. But this sort of open, human moment done for the students and not for a camera-- I love it. And I was particularly struck by this response to it.


This made me smile. Do we need a hashtag of teachers acting human just to remind people that we are? We've all done a little dance or sang a song or done something "silly" to engage our students.
— Bree BarnettDreyfuss (@BarnettDreyfuss) December 24, 2017

It is true that students don't generally view us as actual human beings. It's unfortunate because viewing us as something other than human has a couple of drawbacks. 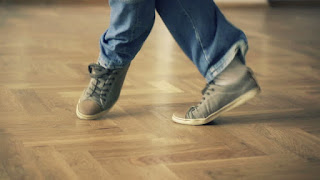 One, it adds to the notion that school exists on some plane separate from the Real World that human beings (specifically our students) live in.

Two, it can lessen our impact as role models. I often say that education is about learning to be human in the world-- if our students don't see that we are doing that very thing, they won't see any examples we set about how it can be done.

Three, if they see us as coming from some other planet, they will trust us less when it comes to what we teach.

Those of us who teach in small town settings have an advantage in the Passing for Human arena, though sadly some of my colleagues actively toss that advantage away. But if you'd like to create a convincing illusion that you ate a full-fledged human being, here are some ideas you can act out.

My students are often astonished to run into me in a restaurant or grocery store. When I taught middle school, they would feel compelled to call me out the next day. "Hey, Mr. Greene. I saw you in the grocery store. It's true. I saw him in the grocery store." It was as if I'd been caught giving unicorn rides to fairies. Never underestimate what it means to your students to know that you perform some of the most basic, simple human functions.

Teachers Know People and Places Outside of School

I have friends and family who work in not-school settings. I have spent some summers working in such places myself. For my high school students, many of whom are already holding down a job, that's a valuable connection. My lessons about communicating to others and speaking to customers are better lessons because I can connect them to, for example, my time at a catalog call center. Knowing what it's like inside local employers because I have friends or family there is useful for me, but it's useful for my students, too. When they get on the bus at the end of the day, I don't just fold up in a closet until tomorrow.

This is tricky, because it is possible to go too far. A detailed description of your dating life is probably over-sharing. I once had a teacher who depended on their students for the kind of emotional and personal feedback and support that should come from friends-- that's problematic, too. But to hide your personal life as if it's something shameful is also problematic. You have to know your audience and choose your time carefully and never demand approval or support for your life from them. But if your students don't know whether you are married or single, childless or a parent-- well, you can't be surprised that they think you're a robot.

You come from somewhere. You've done things. My eighth grade history teacher told us all these stories about growing up in the Depression and the jobs he worked and at the time we thought, "Ha! We got him to wander off topic again." Only later did it dawn on me that he had taught us some basic history-- things have not always been the way they are now, and they won't stay this way forever, either.

You were not unpacked, fully formed, by a principal who plopped the completed you into a classroom. You grew up. You went places. You saw things and did things.

Teachers Do The Stuff They Teach About

All right. Some don't, and that's unfortunate. I don't know how you teach writing well if you don't write yourself. I've been fortunate to have a weekly column n the local paper for twenty years, so I not only write regularly, so when I talk to my students about writing, they know what I'm saying comes from some place other than the mysterious teacher planet where teachers receive curriculum they just pass along because they're expected to. All of my local choral director friends perform in community theater. Don't you think it makes a huge impression on them when they look up on stage and  see their teacher appearing as Captain Von Trapp or Velma in Chicago.

Teachers Are Passionate about Things

Again, this can be carried to an unhealthy extreme. But one of the great complaints about students is teachers who act as if the students don't have anything else going on in their lives, which leads them to conclude that we don't have anything else going on in our own lives (because we are robots who never leave the school building). Do your students know what you care about? Do you like to make music? Do you like to paint water lilies? Do you collect  ceramic frogs? It doesn't matter-- let your students know that you have a passion in life other than teaching (because live humans have more than two dimensions, so to pass for a live human, you must have at least three dimensions as well).

So put a ceramic frog on your desk or use you paintings as the background image for your website.

Yes, there is an art to all of this. You aren't trying to pass for human so that your classroom can be all about you, and you aren't trying to convince your students to give you a round of applause for being a special snowflake. You can't force it, or drag it our purposefully because it's in the social-motional learning program script for today. It has to come naturally out of your own humanity. You are trying to pass for human because

Four, part of education is learning to recognize the common threads of humanity that bind us all., and we ought to be able to practice that with the adult human in the room with us for 180 days.

Teachers dance and laugh and other impromptu explosions of feeling and heart and care. These at not just silly moments; they're as important as anything else we do, because our students see in them just how they can be human in the world. It's a big deal. That's why they think to record it.