For the moment, Mr. Trump has turned attention toward rural areas, and Jeanne Allen at the Center for Education Reform has taken the opportunity to beat her same old reform drum:

That's a lot or argle-bargle that seems to boil down to "more charters and cyber schools will make everything magically better." But the idea of charter schools in rural areas is problematic at best, despite CER's deep love for corporate reform and privatized education.

There are more thoughtful takes on the rural charter idea among reformsters, as witnessed by this thirteen minute "conversation" between Andy Smarick (AEI, Bellwether, Fordham, etc)) and Juliet Squire (Bellwether). 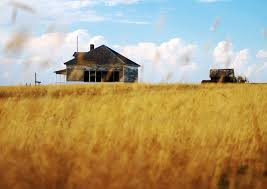 The clip is worth a look because it acknowledges some of the extra-thorny problems of charters in a rural setting. They start by noting that rural charter are a tiny sliver, and not for the last time I'm going to wish that they talked about cyber-charters specifically because in some states (including mine) cybers are the big charter players in rural areas. But rural charters are, generally, a tiny sliver both of the public ed and the charter school pictures.

Right off the bat, Squire acknowledges that it's hard to do rural charters well. (Charter schools are largely a big city thing.) For one, in some states it's a regulatory thing. For another, what Squire refers to as "economies of scale" and what I would call "lack of market opportunity." There are a million school age students in New York City; there aren't even a million human residents of any age in the entire state of Wyoming. Recruiting enough students to make your break-even point is harder in a rural area. Recruiting and retaining rural teachers is a challenge for public schools; charters, which generally have business plan based on "pay teachers less" have the same problem. The charter biz also depends a great deal on contributions from rich folks, and again the rural landscape is at a disadvantage.

Smarick asks, rhetorically, why even try to start a rural charter, and Squire says some things I not only agree with, but would actively applaud.

First, folks often make the mistake of assuming that an urban policy can be translated to a rural setting. And that is exactly right. Everyone gets that a person who was Rotary Club President in Podunk is not automatically ready to be a mover and shaker in New York City, but every couple of years in my small town somebody turns up who thinks that because he was kind of a big deal in some urban center, he can just waltz in here and Make Things Happen.

Charters, Squire says, are an example of a policy that might not translate well to rural settings. "There really are limits to choice and competition in communities that are small..." she says. Few students means a limited number of options that can be supported. Start pulling students from the public system, and you can have a large financial impact on that district-- which is exactly what is happening to districts like mine thanks to cyber-charters.

Says Smarick, "Couldn't someone reasonably say, 'Yeah, chartering might be great for some number of kids. But essentially what you're doing is undermining every other public school and the district and you're doing way more harm than good." Which has been one of my main arguments against charters all along, and I'm surprised to hear it come out of Smarick's mouth. Next he asks, "Why even bother?"

This prompts yet another surprising admission. Squire says that the data shows very mixed outcomes for rural charters-- in other words, many are terrible. "In no way are rural charter schools always a good idea, and in some cases they are probably a very bad idea." And as glad as I am to hear that admission, I'll note that we're really talking about Big Standardized Test results, and I categorically reject BS Test results as a measure of how well a school is doing. But Smarick underlines by this preferred reform metric, rural charters do not outperform other schools, which he notes is different than the urban setting, where some charters do outperform other schools.

As it turns out, I think I can explain that. It goes back to the pool of student customers in which charters can fish. An urban charter can, with care, fill seats with students from the top of the city-wide bell curve, but in a rural setting, that top of the bell curve describes a vanishingly small number of actual students, making it difficult to fill your rural charter with the cream of the regional crop.

Squire and Smarick now discuss some successful rural examples. The first matches exactly my own local experience-- a community loses a school because the public district shuts it down for financial reasons (ironically, this can include losing too much money to cyber-charters) and so the members of that community start up a charter as a way of keeping their own community school. Squire cites a Colorado school founded this way, but there's another right up the road from me.  They also discuss some Oregon charters that formed to, basically, circumvent state ed laws in favor of local autonomy for things like hiring and firing ands collective bargaining practices.

Smarick acknowledges that while charters are conquering the urban world (e.g. New Orleans and DC, and those have worked out super great), rural resistance has made sense-- but maybe it has been overdone and there are ways to bust into that rural market (I am paraphrasing prodigiously here). How could we do that?

Squires says that first, states could rewrite laws to lift restrictions on rural chartering. She also pushes the idea of "investing in the capacity of authorizers" to be able to tell when a rural charter makes sense. At this point, Smarick asks what an authorizer is, which makes me wonder who the intended audience is for this video, because he certainly knows and Squire certainly knows and anyone who's been looking at charter issues for more than fifteen minutes knows. Is this video a pitch to casual conservatives, or a laid-back prospectus for those philanthropists who aren't throwing money at rural charters? But Squire not only explains it, but offers up the DC authorizers are paragons of charter viability measurement. And they argue that the rules for determining the financial viability of a rural charter would have to be different, somehow. Philanthropists must also understand that the rules for rural charter success are different, and invest accordingly.

And that's a wrap. It's a reasonably frank and nuanced "conversation,' but it does miss a couple of significant points.

First, they've ignored cyber charters, the internet failure factories that have been preying on rural districts for years in some states. Because they can pick up students here and there without having to really scale, cybers can drain students from even the smallest districts, and in many cases, the financial results are devastating. Pennsylvania is a particularly rough case-- cybers get paid based on the sending district's cost per pupil and not their actual expenses, which makes them as good as printing money. Meanwhile, as is the case across the nation, the cyber schools do a uniformly terrible job.

Second, rural schools are tied up in the identity of the community. That's why my county includes four districts when their should be just two-- because even though everyone recognizes the sense of it, nobody wants to give up their district identity. The biggest question about a merger is not "How will we best merge differing pedagogical and curricular priorities" but rather "What would the sports team mascot be?" Squire alludes to this briefly, but we're talking about a fairly hefty barrier to charter implementation. This identity feature is, in fact, why the Colorado communities started charters to keep their schools.

Third, while I appreciate that they've admitted some of the problems, like the huge charter financial damage to public schools, I want to go back and talk about why they think these are not also problems in urban systems? Erie, PA, is getting hammered by state underfunding and charter incursions, and they are no rural school system. If the "doing more harm than good" argument is reasonable in some rural settings, why is it not also reasonable in urban settings?

Fourth, they've not acknowledged the folks on their own right flank. Implicit in this conversation is the idea that charters and public schools would exist side-by-side in a larger choice system. But for some charter-choice fans that is not enough; they want to see the public system dismantled entirely and replaced with charters alone. How do they fit into this discussion.

Fifth, and final, and maybe most important, yet unaddressed by this conversation-- why do rural communities need charter schools? It's nice to talk about obstacles and overcoming those and when we can or can't expect charters to take root in rural areas, but all of that skips what should be our first question-- why bother looking at any of this? Other than the "need" of entrepreneurs to push into another market space, what actual need is there for rural charters? What unmet need do they meet? What problem do they solve?

Choice? Nope. First, rural schools are adept at providing multiple choices under one roof. Students can switch their career goals without having to withdraw and register elsewhere. And the real estate barriers that exist in urban environments are less of an issue here-- I could choose to live in the cachment area of several different districts without any real difference in what I'd spend on real estate.

If I'm in a rural area, I have no trouble looking around and thinking, "For all the many reasons discussed above, I see no reason to even think about bringing charters into this community."

In fact, rather than looking at charters and asking, "Are there ways to overcome these barriers and problems so that urban charter solutions can be brought to rural areas," I'm more inclined to think, "These rural issues with charter schools are not only a good reason not to bother with charters, but are also suggestive of the reasons that modern business-model charters don't belong in urban areas, either."