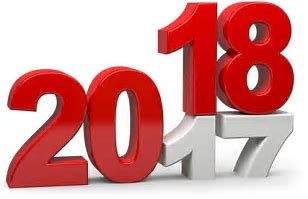 Every year brings fun new stories in the education world, and I'm sure there are some surprises lurking over the horizon, but as 2018 unfurls, there are several stories I think are worth following. Who knows-- maybe even some legitimate education reporters might cover some of these.

What does ESSA really mean?

So states are sending in their plans and Betsy DeVos is happy tom sign off on most of them, and we could talk about the policy implications and thinky tanks can do all manner of reviews and white papers, but the more important question is "Will ESSA have any realm effect on real teachers in real classrooms?"

One of the most influential pieces of reformster policy has been the elevation of the standardized test; real teachers in real classrooms now get to experience near-constant pressure to get those test scores up. ESSA kept testing front and center, so in that respect, it will make no difference on the classroom teacher level. Will some states create policies that actually affect the classroom beyond another batch of bureaucratic hoopjumping and paperwork schnozzlin?

Call it what you like-- the movement to create Summit-style program-in-a-software-box computer driven data-gathering education-flavored program products continues to gather steam, in no small part due to its attractiveness to investors. Its appeal is multipronged. First, it's an actual product you can move to market. Second, by its very nature, it reduces the education biz to nice near numbers. None of this wiffle-waffle teacher drivel-- push a button, and your screen shows you good hard data, the kind that can be used to delineate clear-cut success or failure (which h in turn is helpful for social impact investors).

It also has the advantage of marketability-- people ;love the idea of personalized learning programs sculpted to student needs, and while that's not what anyone is actually truly selling at this point, it makes a great pitch.

Education professionals aren't generally excited, but since when did that matter. Will this edufad continue to spread and delight corporate privatizers, or will it finally collapse under the weight of its own unfulfillable promises?

Will the standards movement continue to survive under ground?

Common Core is the policy that dare not speak its name, and as a set of national standards, it's dead, and good riddance. But on the state and local level, that standards movement is alive and well and undermining good teachers across the country (while also emboldening bad ones).

What new crap will the ed tech industry try to foist on schools?

This has been a story every year for decades now, but it's still one of the more entertaining questions to cover every year. 2018 should be no different.

Have we seen the worst of the teacher pipeline problem?

We've been hollering about the problem of being able to hire enough teachers (not really a teacher shortage, but a shortage of states and districts making the job attractive enough to draw applicants). College teacher programs are drying up and people are leaving the profession by the busload. Has the problem reached its worst yet? Will some states actually do something about it, or will some legislatures continue to use this issue as an opportunity to lower the bar on what it takes to fill a teaching job (and in so doing, make the pipeline problem even worse)? And will anyone implement some actually useful policies for addressing the huge problem with the shortage of teachers of color?

We've talked a lot about the issue of school segregation this year. Will we keep talking next year, or will somebody actually try to do something about it? Because some days, I have to say, it seems a little like the gun issue-- some folks would much rather talk than act, and some other folks really rather like things the way they are.

Will anyone elevate teacher voice?

In 2018, will we finally see journalist who get a quote from a teacher before they call Mike Petrilli?  Will thinky tank panels about Some Issue or Other in Education include actual teachers? Hell, I'd settle for retired actual teachers, just because they have more free hours for this crap. Will education journalists make a real effort to give teachers the same kind of amplification they provide for policy wonks and bureaucrats?

And as always, will anyone address the fundamental issues involved in the ed debates?

So much of the debating misses the underlying points. For instance, the debates about public schools versus corporate, privatized education are not about which methods are best for meeting the country's educational goals-- they are about what the country's education al goals should be. And the focus on "college and career readiness" has not been about how to best fulfill education's promise, but about changing-- lessening-- what that promise should be. And much of the ed reform movement is inextricably bound up in a belief that democracy sucks and we should get rid of it.

But coverage never looks at those foundational issues. Or as I often put it when I am waggling my fist at the computer screen where someone has suggested, vis-à-vis the ed debates, "Aren't we all after the same thing?"-- no, no we're not. But we never talk about that.

Conversely, can we identify areas where we do agree? I believe such conversations are possible with some folks, and I believe they're worth having. I will continue to look for those in 2018.

Man, this is the story I would most lie to see this year. Charter schools will continue to be a point of discussion, particularly as individual charters continue to find ways to embarrass the brand. But there's really nothing less debatable than the fact that cyber charters have proven to be an utterly failed experiment. Unregulated, unaccountable, and unsuccessful, cyber charters are all the worst features of charter schools wrapped up into one giant money-sucking mess. I would like to see the ugly truth hammered at with such regularity that the uselessness of the cybers is common knowledge and so many parents vote with their feet that all their millions of lobbying dollars in state capitols will not save them.

Hey, a boy can dream.
Posted by Peter Greene at Wednesday, January 03, 2018
Email ThisBlogThis!Share to TwitterShare to FacebookShare to Pinterest