The Postal Service, the Free Market, and Education

President Trump took a shot at both Amazon and the USPS, providing the opportunity for another lesson in free markets and privatization.

First, Trump' suggestion-- that the postal service charge Amazon extra just for being Amazon-- is a great analogy for why the loss of net neutrality is such a bad idea. USPS essentially functions with "mail neutrality"-- if you pay the going rate for a particular service, the USPS doesn't care whether you're shipping lima beans or coffee beans or beanie babies. 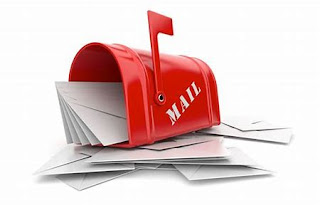 Second, the USPS is a great reminder that there is no such thing as a free market. All markets are created and maintained by governments, and all we're ever really arguing about is which way the government will tilt the field. "Free market" just means "market  maintained by the government to favor certain interests that I like." The USPS is an unusual example in that the government has established a set of rules that are hugely tilted against the postal service-- in their budgeting and accounting, they are responsible for retirement benefit costs for the next seventy-five years. They are supposed to be, right now, funding the retirement costs of people who don't even work for them yet. This is bonkers-- no other business or government agency functions this way. Not surprisingly, ever since the rule was passed by Congress, the USPS has been in "debt."

Third. But wait-- isn't the USPS failing to compete with private businesses that are also in the package delivery service?

No-- because UPS and FedEx and the rest are not competing in the same business. The USPS is in the business of providing mail delivery for every single resident of this country. FedEx, UPS and the rest are in the business of delivery mail and packages only where it is profitable to do so. But wait, you say-- the other carriers don't advertise that they'll only deliver to certain areas, and I know I FedExed a package to my Cousin Norbert in East Bumhack, Idaho. And it's true-- the other carriers will sell you delivery to every address in America. But what we residents of East Bumhack know is that other carriers will not deliver packages off the beaten (profitable) track themselves. They will hand those packages off, to be delivered by the United States Postal Service.

In other words, once again we see that the Free 9sic) Market does not want to serve every single customer-- just the profitable ones. Only those evil socialist government organizations will provide service to all US citizens.

This is the same deal offered by charter-choice-free market educators. They have no intention in serving every single customer out there. Just the profitable ones. Which means we can't talk about private or charter schools "competing" with public schools-- because they are not proposing to do the same thing.

It's only a competition if you're playing the same game. If your idea of "competition" is to change the game to something different that you feel you can win, that's not competition at all. Now, some other time, we can talk about how the "retail apocalypse" is not happening because cyberstores are chopping up the market, but because retailers like Sears and Toys R Us are having their assets stripped by bad managers who value grabbing profits over doing a good job. In the meantime, just remember that the free (sic) market is poorly equipped to deliver either the mail or quality public education.;
Posted by Peter Greene at Monday, January 01, 2018