Paul Emerich is a National Board Certified Educator and International Education Consultant, despite the fact that he's not been in the classroom for very long. He's also a blogger (InspirED: Inspiring Stories from the Classroom), and he's getting attention right now for his piece repudiating the Gospel of Personalized Learning. His rejection is important, because we're talking about someone who devoted several years to one of the most high-profile Personalized Learning schools out there, but his piece is also important because it, perhaps inadvertently, highlights the ignorance and hubris that helps pump up these projects in the first place.

I had gone into the school year with unrelenting energy, thrilled to be opening a brand new micro-school and to work on technology tools that were intended to personalize my students’ learning. The idea sounded exhilarating: I was set to work with real engineers on a technology platform for the classroom. It would allow me to send individualized “cards” to a child’s “playlist.” These cards would house activities tailored to each of my children so that they could, in theory, learn at their own pace and at their own level. It sounded like the greatest idea ever known to man. 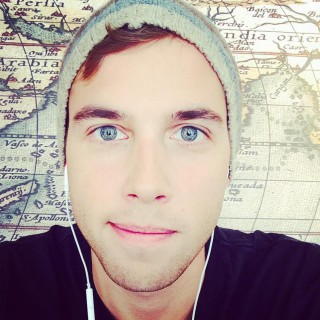 Though he doesn't name the school, both the description and his LinkedIN profile indicate that he's talking about AltSchool , a Silicon Valley wunderschool that was backed by big names like Zuckerberg, but which just shifted its mission from actually running schools to marketing personalized learning software.

Emerich started to notice that the approach was both unsustainable and the very opposite of personalized. "Isolated," "impersonal," "disembodied" and "disconnected" are all words he used. He wishes that he had known then what he knows now, which is perhaps one key to the secret of how damn fool things like AltSchool get started and financed and promoted in the first place.

"We were tasked with the never-before-done vision of individualizing every child’s education," he writes, and I'm thinking "never before?!" Nobody in education has ever pursued a vision of personalization before? Because I'm pretty sure I could introduce you to a few dozen teachers for whom personalization has been their North Star for their whole career. They just didn't try to run it by computer, or make investors happy with it.

And then there's this head-slapper:

When I began working in Silicon Valley, personalized learning was very new. No one really knew what it meant, and as a result, it led to us having unrealistic expectations for what we could really achieve in the classroom and what was actually best for kids.

No. No, it wasn't "very new" or even "sort of new." The only thing that was remotely new was the idea of harnessing it to a computer, but even that was not all that new. And lots of people knew exactly what it meant, but guys like AltSchool founder Max Ventilla and funder Zuckerberg and the whole raft of technocrat warriors back to David Frickin' Coleman don't want to do their homework, because-- I don't know-- they have to believe that their idea is fresh and new? They don't think anybody in the actual field of education knows anything? Dude, people were pointing out the unreality of the expectations every step of the way. You guys just didn't want to hear it.

Emerich cites some recent articles about the shortcomings of "personalized" learning, but he wants you to know that he's still the smartest guy in the room:

Interestingly enough, I noticed this within my first year, well before these resources were made available.

No, dude. Those particular recent articles weren't available back then, but a mountain of similar resources were totally available back then and also back when you were in college becoming a baby teacher. You got excited about this job, and you failed to do your damn homework.

I was so inspired by the company at the outset, excited to be in a private organization that truly valued teachers as 21st century knowledge workers. But as every month passed, my naïvete became resoundingly self-evident. This company I had joined was just that–a company. And their primary concern was not the children’s education: their primary concern was monetizing the tools. Their primary stakeholders were the investors who’d invested a great deal of money in this–albeit interesting–idea.

Again, I am glad that Emerich figured this out. Better late than never and all that, but damn-- this was all patently self-evident and plenty of people were saying so. But he wants to share with us all now. He has come to tell us, to tell us all.

I share this now publicly because I want teachers around the country to know that the vision for personalized learning that Silicon Valley preaches does not work. We proved it time and time again. Hyper-individualization does precisely what the emerging body of research says it does and more: it isolates children, it breeds competition, it assumes that children can learn entirely on their own, and it dehumanizes the learning environment, reducing the human experience of learning down to a mechanistic process, one where children become the objects of learning as opposed to the subjects of their own educational narrative.

I've been trying to understand why this piece, which confirms so much of what many of us have said, and does so from the perspective of someone who's been there-- why does this rub me the wrong way. The best explanation is this: Emerich calls himself naive, but I think he's letting himself off easy. I don't think he's so much naive as arrogant, and the same arrogance that was displayed in heading off to charter techno-teaching without doing any due diligence is the same arrogance that leads him to make this Momentous Announcement of things that he has personally discovered, as if a few thousand other folks hadn't already caught on years and years ago.

I appreciate his point of view, and his confirmation that charter school companies are businesses, not schools, and that personalized learning via computer is a sham and a fraud, and I'm happy that people are sharing this like crazy. But dammit-- if more of these tech folks would do their damn homework, we wouldn't have to keep learning the same old lessons over and over, and we wouldn't keep subjecting live human children to foolishness that we already know is foolishness. In the meantime, he's now the Academic Chair at the high-end private Latin School of Chicago. I guess time will tell what lessons he actually learned from his stay in Silicon Valley.