Remember when Betsy DeVos said that Common Core was awful "And at the U.S. Department of Education, Common Core is dead." (It was just last week on January 14). 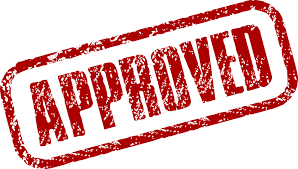 Turns out that even as she said those words, the Secretary or Education had already given the Core a little kiss of life. As reported at EdWeek, the Department of Education, in a letter dated on January 11, told Maryland that the PARCC test would be super-duper in meeting their federal requirements.

Imagine I tell you that our home has banned canned food. And then I tell you that the official approved Food Access Device will be a can opener. Or my state has banned cars that use leaded gas, and that all authorized gas stations will sell only leaded gas. Or I announce that the dress code for my school forbids jeans and t-shirts, and then I put up a picture of an officially approved outfit, and it's t-shirt and jeans.

That's the kind of mixed message we have here.

The PARCC test was created for one purpose, and one purpose only-- to see how well a state's schools had implemented the Common Core State [sic] Standards. That's it. That's what it is designed to do.

This is good news for the remaining PARCC users (Colorado, the District of Columbia, Illinois, New Jersey, and New Mexico) and that in turn is good news for PARCC, a test that has been dumped by sixteen states. Or as the head of the company that manages the testing product put it:

"This is really great news," said Arthur VanderVeen, the CEO of New Meridian, the company that manages the PARCC consortium. "We think this confirms that the states that administer the PARCC test, or [use] its test content, are administering the highest quality assessment that's available."

At least, that will make good PR copy. Meanwhile, let the record note that on January 14, when Betsy DeVos said that Common Core was dead at the department, the department had already given its seal of approval to a critical part of the Common Core program.
Posted by Peter Greene at Wednesday, January 24, 2018