A prominent reform voice now says that reform is off track.

There have always been members of the reformster movement who have been willing to call out their colleagues. Jay Greene (no relation) has questioned testing orthodoxy, and Rick Hess has often shown a willingness to put intellectual honesty ahead of hewing the party line. We even get the occasional display of full-on apostasy, like the Alt-School rebel from a few weeks ago, or Diane Ravitch herself, who famously defected from the NCLB camp. 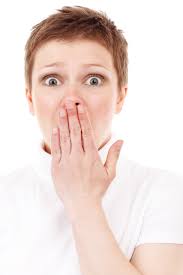 Kate Walsh (NCTQ) recently leveled a hard critique at reformsters which echoed a criticism from two years ago by Robert Pondiscio. In response, Pondiscio has written a piece for the Fordham blog that is probably going to earn him some cranky e-mails from his reformy colleagues. You may not be a regular Pondiscio reader, but you should read this.

"Education reform is off track. Here's how to fix it," is not a full-on dismissal of the faith, but it includes some hard words indeed.

After recapping Walsh's complaints, Pondiscio points out that the reality is even worse:

If shares in the education reform movement could be purchased in the stock market, neutral analysts would grade them “underperform” and probably “sell.” We’ve seen gains in student outcomes particularly among disadvantaged subgroups. But those gains have been mostly in math and almost entirely in the younger grades. The “historic” rate of high school graduation is frothy at best, fraudulent at worst. It is not possible to look at the big indicators of K–12 performance over the last few decades—NAEP, PISA, SAT, and ACT scores—and claim that ed reform at large has been a success. The payoff is simply not there.

I'm going to disagree about what the Big Indicators of K-12 performance are, but reformers staked their success on moving those needles and Pondiscio is correct-- those needles have not been moved.

He gives reform credit for the moral goal of making it Not Okay to hold students-- particularly non-white or non-wealthy ones-- to lower standards. But he says the glory days, the high water mark, of reform came twenty years ago, and the few gains achieved are all a decade in the past. "Ed reform peaked early and failed to live up to the hype." I could quibble about the peak, but the failure to live up to the hype is dead on. And he's not done.

Since then we have mostly overplayed our hand, overstated our expertise, and outspent our moral authority by a considerable margin as we morphed from idealism to policymaking. Education reform’s policy prerogatives have transformed schooling in ways that parents don’t much like—test-based accountability, in particular, focused on just two subjects—and without clear and lasting benefits to justify them.

Indeed, many reformster ideas have turned out to be hugely unpopular, in part precisely because they offer no benefits to students and their families. And I'm going to bold this next quote:

If you want the public’s permission to fundamentally alter the relationship between Americans and their schools, there has to be a clear, compelling, and demonstrable upside in time for people to see it. If the reform policy playbook was going to drive transformational, system-wide gains in American education, we’d have seen it by now.

This is almost all of the harshest of his criticism, and much of it I could have (and occasionally have) said myself. But it's worth noting what Pondiscio, one of the few reformsters to have actually worked in a classroom, sees as the fix for reform.

A conceptual failure lies at the heart of ed reform’s underperformance: the mistaken assumption that education policy, not classroom practice, is the most important lever to pull to drive enduring improvement. But educational failure is not a tale of unaccountable and union-protected layabouts refusing to do right by children. More often than not, it’s well-intended people trying hard and failing—and not despite their training, but because of it. In short, we have a product and practice failure more than a policy and process failure.

We're going to have long, contentious conversations about that "not despite their training, but because of it" part, but his basic critique is solid-- reform has focused on policies passed by state and federal level amateurs that have reshaped a bunch of government baloney, but which have deliberately and sometimes aggressively ignored the people who actually teach in classrooms. But there, in the classroom, is where education happens, and all attempts to affect education must be measured by what happens in the classroom. Ed reform has been cavalier in its dismissal of the classroom and of classroom teachers, often setting an explicit goal of making reform teacher-proof, or reducing the job to something that can't be affected by the person performing it. That goal is unattainable, but a great amount of damage has been done (and continues to be done) in trying to attain it (see also: Big Standardized Tests).

Pondiscio notes again the growing schism between the free market and lefty wings of reform, says that charters will never be more than "boutique" schools, and offers this blistering critique of school choice just in time for School Choice Week:

The inconvenient truth is that, even within the ed reform movement, school choice is regarded with suspicion. Choice generally means charter schools, not true educational pluralism, and our support is limited to schools that are willing to subject themselves to the oversight of an increasingly technocratic movement that lacks the record of accomplishment required to impose its prerogatives. Our movement may claim to care about low-income parents and people of color, but we don’t quite trust them to choose unless we strictly limit and monitor their choices. This is ed reform’s own moral failure: Our soft bigotry of low expectations hasn’t gone away. We just apply it to parents now.

In the How To Fix It portion, there is still much for the pro-traditional public school fan to disagree with. Pondiscio calls no excuse schools ( "which once meant there’s no excuse for adults to fail children") an unambiguous victory, and nods to the idea of sending poor black kids to college as the main point of the whole business. He says many nice things about Doug Lenov, and he name checks a variety of education practitioners each of whom is a debate-starter in their own right.

But his bottom line is solid-- if schools are going to be lifted up in this country, it will be because of focus on teaching practices, not government education policy. Of course that policy can either help or hinder what teachers do (well, I'd say mostly it can only help by getting out of the way and keeping other things out of the way as well, or maybe by helping with a fair, full, and equitable dispersal of resources).

Watch for response pieces from other reformsters, ranging from anger to politely veiled anger. If I had to predict the counter arguments, I would put my money on these:

"We just haven't done it right, yet". Common Core watchers will remember "it's the implementation," aka the Core are awesome, it's just that everybody is doing it wrong. This is the argument that the idea is sound, we just need to tweak how we do it.

"We were thwarted by those evil ____________" Insert your favorite villain, such as "teacher unions" or "sycophants of the status quo."

"What do you mean!! We had totally awesome success with _________" Insert your favorite bogus statistic or fake proof of concept result. The powers of denial are great, particularly when you are well paid to exercise them.

There will be more, along with some backchannel namecalling, I'll bet. This does not fit much of the reform orthodoxy. But, to recap, there are points here that I agree with:

If reform ideas were going to change the face of education for the better, we would be there by now, and we're not.

If you want to change the entire premise and function of public education, you'd better be able to offer compelling proof that it will pay off in useful ways. They haven't.

If we're talking about improving education, we have to talk about practices. That, admittedly, is a huge, huge complicated and contentious conversation, with few easy answers. But it's the conversation we should be having. Conversations about policy matter to the degree to which they affect practice.

Yes, there's not much here that some of us haven't been saying for years, but it matters that it's being said this time in the Fordham blog. And lord knows this would still leave a Grand Canyon's worth of space to argue about what better practice would look like. Read the whole piece. I may have been a bit harsh with Alt-School guy last week, but I must admit, it's always nice to see one more person get it and be honest about it. Yes, I suppose it's possible that this is another reform pivot, but the ideas Pondiscio expresses are consistent with what he's talked about for years. This time he just seems less... patient. Time will tell. In the meantime, grab some popcorn and enjoy those juicy pull quotes.