Yet Another Core Apologist

At this point, Common Core fans are kind of like those legendary Japanese soldiers who came stumbling out of Pacific island caves long after 1945, unaware that the war was over and they had already lost. Well, the analogy would work better if Pacific island caves were like clown cars, because not only Core fans clueless, but it seems as if there's always just one more.

This week it was Douglas Holtz-Eakin. Holtz-Eakin was an economic and budgetary advisor for Bush II, so of course he is (like all economists) highly qualified to discuss education policy. Holtz-Eakin was also economic advisor to the 2008 McCain campaign. He's from "suburban Pittsburgh" and half of his hyphenated name is the maiden name of his first wife. He was on the "Say no to Obamacare" circuit in 2010. If you want him to come talk to you, you can book him through Leading Authorities for just a cool five figures (depending on travel). And, of course, he is the head of a right-leaning thinky tank, American Action Network, as well as running a related superPAC.

This week, Holtz-Eakin was in US News arguing that there is "A Hidden Benefit to Common Core," which I suppose is the next logical argument to make, since there is no obvious or visible benefit. We'll jst keep rooting around our cave. There must be a benefit here somewhere that we just can't see.

He starts with the premise that the cost of college is a problem these days, though he cites some of his own thinky tank's research that suggests that it's college aid that is making college costs blow up. That seems like a tough bridge to build, but the research showing that college is now too expensive for too many people is certainly out there.

But we're breezing past that conversation so that we can land on the old favorite-- college remediation. Students are arriving at college and taking remedial courses. That's its own discussion; it's not entirely clear what remedial course enrollment tells us. Are colleges seriously loosening entrance requirements in order to fill seats and make bank? Are colleges jamming students into remedial courses to run up some more charges and raise revenue? Are placement tests crap? Holtz-Eakin doesn't want to have that conversation-- remedial classes equal inadequate readiness.

It's a bold argument to make, since the current crop of college freshmen are the students who have been Common Cored through their entire high school careers. So what's the benefit of the Core again?

Holtz-Eakin is going to make another bold move here, and use the NAEP (the Nation's Report Card) as a measure of student achievement. And he's going to drag in some research from his thinky tank that shows that if NAEP scores were higher, the economy would currently be awesome.

The American Action Forum finds that had average NAEP math scores been 10 percent higher in 2003, then by 2013 individuals would have benefited enormously. There would have been 14.6 million more adults with a high school degree and 10.3 million more with a bachelor's degree. It also translates into better economic performance, with 12.4 million additional jobs and $1.27 trillion in additional economic growth.

Also, if we could get people to eat more margarine, there would be fewer divorces in Maine. Don't believe me? Check the data:

If we follow the link to the American Action Forum research (released just the day before Holtz-Eakin's piece), we find not so much "research" as "claims." And we find, once more, Erik Hanushek. Hanushek has made a career for himself pushing the baseless baloney that good teachers will make students grow up to be richer; Hanushek is sort of a cheap Raj Chetty knockoff, stitching together a bunch of baseless correlations, weak suppositions, and unproven baloney. Rich kids do well on tests. Rich kids get well-paying jobs as adults. Therefor, good test scores lead to well-paying jobs. SMH. When AAF says that they based their analyses "on the methods employed" by Hanushek et. al, that's really all we need to know.

I could spend all day poking holes in the classic Hanushek claim that a better first grade teacher will result in more adult income, but let's just look at the assertion before us-- higher NAEP scores in 2003 would have resulted in a better economy in all fifty states in 2013. I don't know. Can anybody think of anything that happened between 2003 and 2013 that had a huge effect on the economy, personal earnings, employment and wealth, that had absolutely nothing to do with scores on a standardized test? Anybody? 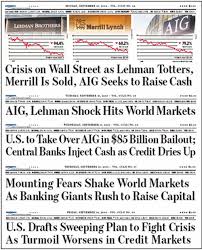 How To Tell An Economist from an Educator

Clearly, better educational achievement should be a priority.

The Baloney Gets Deeper

Holtz-Eakin will now demonstrate how many things he does not know.

The most effective way to improve achievement is to utilize educational standards.

Is there any proof that this is true? Any at all? No, there is not. (Also, one point off for using "utilize" which is a fancy doily of a word, unnecessary as long as we have the word "use" in the language).

In Holtz-Eakin's story, folks noticed that state test scores and NAEP scores didn't match up. I would suggest that's because America's Report Card makes a lousy benchmark, but  Holtz-Eakin smells declining rigor, and so...

A state-led effort, the Common Core standards were drafted by experts and teachers from across the country. They genuinely demanded that schools meet sensible metrics and provided parents and policymakers a way to check the quality of their schools against those in other states.

Only intense loyalty and a decade in a Pacific island cave could lead someone to declare that the standards were any of the above. Not state led. Not drafted by experts or teachers. No reason to think that being able to compare your child to a child a thousand miles away was important, necessary, or useful.

Holtz-Eakin also defines the Core as standards "that have been shown to be more rigorous and effective." That link he includes is a ballsy choice, because it leads to the Fordham Institute study of Core standards, paid for by Bill Gates, one of the Core's top sponsors. If Bill Gates hires a firm to compare Microsoft Windows and Apple OS, what result do you think we can expect? Particularly if the firm hired has more expertise in PR and marketing than in computers. And given all of that, look at the report and see that Fordham found some states actually already had better standards than the Core.

None of this is news. Only in a Pacific island cave would this have been news.

Holtz-Eakin wants us to know that rolling back the Core will be bad for the country and hurt us all economically. This would perhaps be more compelling if he could show one shred of evidence that the Core has been helping. But of course timing is not on his side as this week also saw the release of the lackluster-- actually, they were bad enough that we could call them suckluster-- results of the latest round of NAEP scores. Just look at this story about stagnant scores. Oops! Sorry-- that story is from 2014. Try this one about the drop in NAEP math scores. No, sorry. That's from 2015. Here we go. Here's the newest bad news. Carry on.

Lowering or eliminating standards will harm economic growth. It will reduce the attainment of educational degrees. But most harmful, it will exacerbate the trend toward under-prepared college students, lengthened time to completion and inflated tuition costs for families.

Did having the Core help economic growth? Did it increase attainment of educational degrees? Did it decrease the amount of remediation at college campuses? Because it seems like answering those questions would be a critical part of Holtz-Eakin's argument. But instead, Holtz-Eakin's argument rests on some "research" claiming that if test scores had been better in 2003, life would have been better in 2013. The proof of his argument rests in some alternate dimension, some parallel universe that can only be accessed by a portal in some mysterious location, like a cave on an island somewhere in the Pacific.

Posted by Peter Greene at Sunday, May 01, 2016
Email ThisBlogThis!Share to TwitterShare to FacebookShare to Pinterest