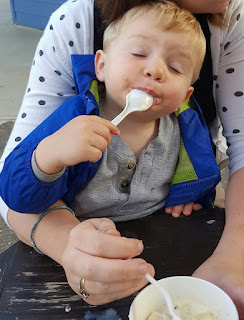 If I seem a little thin in on-line presence, it's because I've been spending a lot of time with this guy and his mother.

He is, at 18 months, a Man of Adventure. He knows many exciting activities, such as Putting One Thing Inside of Another Thing, or Stomping Vigorously Upon the Ground. He knows the word "dog" and is involved in an extensive survey of just how many dogs there are in the world, which also involves working out which survey items are dogs, and which are not. In the photo above, you can gauge his mastery of Spoon Technique as applied to Ice Cream. This is part of his extensive study on What Can Be Safely and Enjoyably Eaten.

While outdoors he devotes his time to Running Studies, by which I don't mean the management of studies, but the study of actual running. A popular game-- Walking Up To The Top of the Hill, followed by the sequel, Running to the Bottom of the Hill ("Hill" here defined as "Stretch of mildly tilted ground"). This dovetails with another one of his spirited experiments on the question of When Is It a Good Time To Applaud and Cheer? (The complete answer has not yet been compiled, but it clearly includes "after you have made it to the top of the hill" and "after you have run down.") 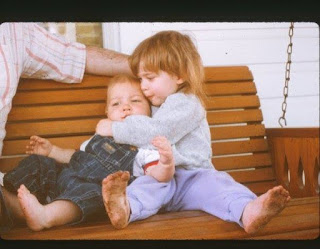 I have pretty good memories of when his uncle and his mother were also small. They also knew many fun games that included Rocking, Running, Chasing, Locating Whatever Three Gram Piece of Dirt Is Situated Anywhere At All Nearby Even If You Swear You'd Just Cleaned Everything, and their personal favorite, I Will Be Affectionate Whether You Like It Or Not. 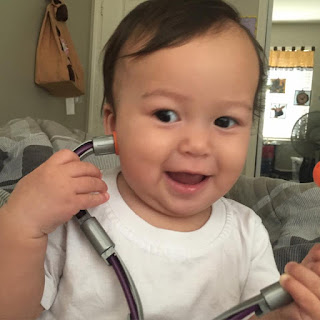 We are also excited in these parts because this future physician and her not-entirely-tattooed older brother will be relocating to the region. 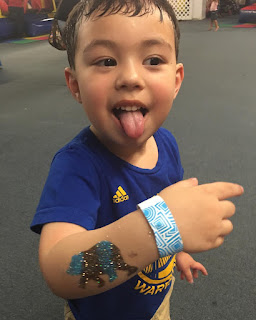 My niece and nephew have displayed extensive gifts for Making Ridiculous Faces and Telling Important Stories in both English and Gibberish (a language in which my grandson is also fluent.)


Everybody should have Tiny Humans around all the time (Okay, maybe not everybody-- but almost everybody). They are mostly cheerful, great singers if you are not particular about, say, tonal centers and tunes. And their capacity for exploration is exhausting delightful, an endless reminder that things like grass and snow and trees and bugs (and definitely dogs) are interesting if you haven't been walking past them for decades. If, like me, you work with teenagers, whose capacity to be bored by things is seemingly endless, it is a small kick in the head to spend a lot of time around Tiny Humans who are never bored by anything.

But my purpose here is not to test your ability to be bored. I just want to ask a question.

Who looks at these small children and thinks, "You know, we could do better. We could improve on this."

Who looks at a small child running up and down a hill over and over again and thinks, "What this kid really needs is to sit at a desk and do some worksheet and computer exercises so that we can produce some measurable instructional outcomes." Who does that?

Yes, yes. My children grew up in a quaint, safe small town free from any crushing grip of poverty, with parents who read to them every night and could afford a rich-ish environment for them to explore. All of the children in these photos have reasonably well-paid professionals for parents, so they grew up with enough food, toys, books, conversation, support, time to play, the works. What about the kids growing up far from that?

Children are wired to explore, to learn, to examine, to study-- and to do it all in such an energetic, engaged and joyous way that adults insist on calling it play. Who the hell thinks they can improve on that?