The University of Pennsylvania, working with Vanderbilt and the Higher Education Policy Center, has just released the 2016 College Affordability Diagnosis for the US, and the doctor thinks we'd all better sit down before she gives us the news.

Joni E. Finney, Practice Professor at Penn, says the picture is just not pretty. Here are some bullet points to shoot straight through your heart.


* College is less affordable than it was in 2008, even in the best-performing states.

* Most full-time students cannot work their way through college any more.

* Low- and middle-income families face significant obstacles to attending college, including the need to climb the highest peaks of Mount Debt.

If we look at states that have a "high concentration" of families making less than $30K, the picture is just ugly. In Louisiana, a public two-year school would take 46.9% of a family's annual income (that is after they have received state and federal financial aid). If we look at a public four-year non-doctoral school, the worst state is South Carolina, where school for an under $30K family will cost a whopping 73.3% of their annual income. Alabama and Mississippi follow close behind with above-70% numbers. And that is, again, after aid has been factored in.

We can crunch numbers other ways to get different, and yet still ugly, pictures. For instance, instead of looking at states arranged by low income, let's look at states with high college attendance. If we rank states that have at least 40% of students enrolled in public two-year schools, we find the bottom of the barrel is Minnesota, where the bottom income quartile will spend 61.5% of their annual income to pay for school. For families making between $75K and $110K, the percentage ranges from 17% down to 8.7%. In other words, for wealthy families, two year school is barely a blip in the family finances, while for poor families, school costs eat everything.

Public four year schools? Same thing. Among states with at least 25% four year college enrollment, New Jersey is the worst, with 76.3% of annual income required of the folks at the bottom. The best of the lot is Alaska, with a still-significant 38%.

Is there more? Is it bad? Yes, and yes. We've so far talked only about public schools. If we shift the attention to private schools, it's-- Wait! What? Damn!

If we're talking private four-year non-doctoral school, we have seven states in which school costs for the under $30K families amounts to over 100% of their annual income.

And the Rest of Their Lives...?

The researchers also looked at other expenses in peoples' lives. So, for instance, we can say that for the under $30K crowd, housing uses about 59% of annual income. And for those of you who want to be all scoldy, we can also note that those folks spend 1% of income on alcohol. 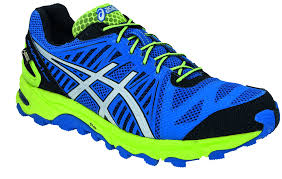 If college is supposed to be the gateway to social mobility, well, it's at the very least pretty rusty and at the very worst, rusted solid and padlocked as well. The report makes it clear that for middle and lower income folks, college for the kids will mean borrowing money out the wazoo. Getting a job and working your way through college is not a reasonable plan any more.

You may or may not be a fan of the Bernie Sanders Free Community* College For All plan, but somehow, we have to address the inaccessibility of college to a large chunk of the population. It's doubly necessary because our whole plan for Lifting Them Out Of Poverty is that we'll get them all college and career ready through K-12 and then they'll go to college and get really good jobs and-- voila!-- no more poverty. There are many problems with that plan, but this is the most obvious. Our plan right now is to get every kid a nice pair of running shoes so that they can run in a race that has a thousand dollar entrance fee-- but they've only got fifty bucks to their name. This is a dumb plan, a thoughtless plan, a plan that is self-evidently doomed to failure.

Time for a new plan.