Legislators write and pass laws. But the laws they create are sometimes vague and sometimes contradictory, a weird quilt of intentions and tissue. So it falls to other parts of the government to turn laws into regulations. And that's where we are now with the Every Student Succeeds Act (the latest version of the Big Bunch O'Federal Education Laws, the sequel to No Child Left Behind).

Many eyes (not all eyes, unfortunately-- it would be great if all eyes were paying attention, but eyes have been diverted by the dumpster fires that are our primary season, among other things) have been watching John King and the Department of Education, because it's at this stage of the game that King gets to "interpret" ESSA to suit his own ideas of what it ought to say.

This is what Arne Duncan was talking about last December when he told Politico that the USED lawyers were smarter than the members of Congress, and this is what Lamar Alexander has been talking about in his scorching calls to war against John King's USED. Alexander has been crystal clear-- if King tries to turn himself into America's School Superintendent, Alexander is going to come after the secretary with every garden tool in the Congressional woodshed.

The USED is trumpeting its move away from the narrow definition of school achievement based on a single Big Standardized Test, with a new "holistic" approach that allows for four factors:

the proposed regulations build on the statutory language by ensuring the use of multiple measures of school success based on academic outcomes, student progress, and school quality, reinforcing that all students deserve a well-rounded education that prepares them to succeed in college and careers. 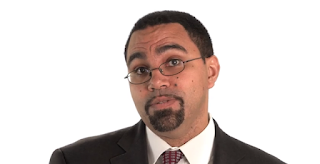 So it's in that context that USED released the draft version of the accountability rules under ESSA. And King is proving to be just as politically adept and  responsive to outside voices as he was a Education Chieftain in New York, which is to say "Not At All." There are, as we always knew there would be, many things not to like about the regulations. Here are some of the bad ideas that are enshrined in the proposed regulations.

Schools must be given a "summative rating," which is such a made-up baloney term; I just googled it and got only 209 returns, most of which had to do with financial services, and Google Ngram returns zero instances of the term.

The meaning is clear enough from the context. "Summative rating" means "grade." Every school has to be given a grade, and that grade has to be used to stack rank schools, because states must show the feds that they have a plan for dealing with the bottom-ranking schools. The regulations once again target the magical "bottom 5%," an arbitrary number that has never, ever been explained, but is just the go-to number for targeting the bottom of the stack. And of course, since we're stack ranking, there will always be a bottom 5%. If every school in the state is cranking out magna cum laude college graduates and 100% of the state's students are getting straight A's while acing the SAT and, in short, every single school is awesome, there will still be a bottom 5%.

Stack ranking guarantees that there will be losers, no matter what.

Congress sent a severely mixed message in ESSA by forcefully recognizing parents' right to opt their children out of taking the Big Standardized Test and by forcefully demanding that states have 95% participation in BS Testing.

King and the USED have resolved that conflict by simply ignoring the parental right portion.

The regulations say that "robust actions" must be taken against schools that don't get 95% participation. "Robust actions" is itself a little slice of meaningless word salad (should the superintendent stand outside the offending school, rip off his shirt, flex his muscles, and grunt strenuously?) but USED turns it into a multiple choice question, saying that the government-approved robust actions include lowering the school's grade, giving them the lowest score for academic strength, moving the school straight onto the naughty (needs improvement) list, or anything state-approved that would punish the school good and make its rate go up.

No word on whether or not this would include low participation because the test manufacturer completely botched their job.

At the end of the day, King's USED is more interested in making students take the test than in actually knowing how the students are doing.

ESSA comes loaded with lots of data reporting. Transparency! We are totally about transparency, and that's why the complete text including all questions and answers from the BS Tests will be released every year to students and parents. Ha! Just kidding. That stuff will still stay under lock and key. Transparency is okay for schools, but not valuable corporate interests (even though both are being paid with tax dollars).

Anyway, the USED has all sorts of things that must be reported now that "Ensures that families and stakeholders have clear, robust, and consistent information needed to engage meaningfully in their education systems."

School report cards must be made public before the end of each calendar year (also known as "roughly half way through the school year," so I'm not sure what help this is providing). The report card has to include financial recording, too, as well as post-secondary enrollment numbers. That sounds relatively innocuous, but I'm imagining a nineteen year old who gets a call or email from his old high school saying, "We want you to tell us what you're up to now" and who thinks-- correctly-- you are no longer the boss of me, and I don't have to tell you jack. Or who just writes down "clown school."

The Obama Administration has approached education oversight as a civil rights issue, and so they have depended on civil rights groups to give them backing and cover. Those groups are lukewarm in their response; roughly, "This stuff could be okay, probably, if anyone can figure out how to enforce it.

Congress is not excited. Alexander observed that Congress discussed some items for the law, decided not to include those items, and now the department has just gone ahead and put them back in. John Kline of the House Education and the Workforce Committee was equally unimpressed:

“I am deeply concerned that the department is trying to take us back to the days when Washington dictated national policy,” he said. “If this proposal results in a rule that does not reflect the letter and intent of the law, then we will use every available tool to ensure this bipartisan law is implemented as Congress intended.”

For the rest of us, ESSA continues to look pretty much like it has always looked-- probably marginally better than NCLB and RTTT-Waiverpallooza, but that's not saying a lot, is it? Probably better to be stabbed with a clean, sharp knife that a rusty shovel, but could we please see some other options? The school grades are maybe better than NCLB's pass-fail for schools. Multiple measures will be better than just BS Test scores, but the test scores are still in the mix, and they are still crap. There's a whole bunch of noise about shuffling subgroups about; I'm sure that's going to be awesome.

The Unexpected Benefit of ESSA

There is one interesting new feature of ESSA-- an open, contentious split between the department and Congress. Under Race to the Top/Waiverpalooza, Congress just kind of sat on its hands doing nothing because it couldn't get its act together and was not, for a while, sure how it collectively felt about the whole mess. When the Obama administration wadded up NCLB and wiped their nose with it, there wasn't much to say-- they could only get away with that because Congress hadn't done its job and the alternative was to deal with the mess of every single state in the nation standing in violation of what was technically still the law.

But things are different now.

Congress did their job. Maybe not great, but they did it, and they did it with a level of bi-partisanship that we haven't seen in quite a while. That, and they actually took power away from a federal department-- another unprecedented feat.

They were pretty proud of their work. Lamar Alexander is no choir boy or education hero, but he's made it quite clear that he'll be damned if he's going to stand by when the administration tries to wad up ESSA and blow their noses on it. All the signs point to a protracted battle about what the law is actually going to say and what kind of maneuvers might be used to interfere with it.

In other words, Mom and Dad are having a big fight over curfew and room cleaning and which chores we do or don't have to do. And as every kid knows, when Mom and Dad are wrapped up in fights about house rules, there's no telling what golden opportunities you'll have to do what you want. For those of us who can find some brave and tough champions for education on the state level, these could be interesting times.


Posted by Peter Greene at Saturday, May 28, 2016
Email ThisBlogThis!Share to TwitterShare to FacebookShare to Pinterest