TheThird Way (To Make a Bundle in Education)

What is the Third Way? Well, whatever it is, it launches tomorrow (May 31) in Boston with featured guest appearances by Secretary of Education John King and Massachusetts Secretary of Education James Peyser (formerly honcho of New Schools Venture Fund). So maybe we'd better dig a little and see if we can figure out exactly what we're talking about.

The event is touted as The Emerging Third Way: Blazing an Optimistic Path Ahead in K-12 Education, and the blurb on the registration site starts with this little history lesson:

Since 1635, Massachusetts has been known for its district public schools- the “first way”. Since 1993, Massachusetts’ charter schools have led the nation in pioneering a “second way”. It is time to recognize a Third Way – an emerging set of strategies that combine school-level autonomies and energetic innovation with a commitment to universal service and local voice. The Third Way does not obviate the need and demand for either of the other ways but it does hold out a promising path for cooperative change that could raise student success, especially among disadvantaged students, on a large scale. 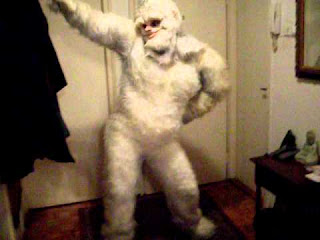 I'm just going to skip over the first part of the history lesson because arguing about whether or not Massachusett's charter schools have been nation-leading pioneers since 1993 is like getting in argument about whether or not a trio of alopeciac yeti infiltrated the Radio City Music Hall Rockettes during the eighties. It makes a damn good story, but not a very good evidence-based paper. So there goes our Common Core based writing score.

But can we close read a path to understanding the Third Way? Well, "emerging set of strategies" means roughly "we're still working on punching up the rough draft." Next, "autonomies and energetic innovation" are supposed to be the virtues of charter schools, while "universal service and local voice" are concerns of the public ed supporting crowd. So, can we keep the freedom from oversight and regulation for charters but still make sure that all students are still served and some sort of local control continues (I skipped over "innovation" because charter school innovation is tucked away in the dressing room of one of those yetis).

Furthermore, the Third Way doesn't throw out either public schools or charters, but it does-- and this is important-- connect back to student achievement for poor kids on a large scale. That part of the pitch is straight out of the Charter School Messaging Notebook, an honest-to-god real marketing guide ordered up by the National Alliance of Public Charter Schools to help charter operators choose the right language for marketing. The advice is very specific. talk about partnerships. Talk about student achievement, particularly for poor kids.

I will confess that talk of charter "partnership" always rubs me the wrong way. Imagine you're a surgeon with all the training and experience that goes with that. In the middle of an important operation, a guy walks into the operating theater, elbows you to one side, grabs some scalpels, and inserts himself directly in your light. "Excuse me," you say (or something similar). "What the hell are you doing here? Are you a visiting surgeon? Are you supposed to be in here?"

"Well," he replies. "I'm actually not a surgeon at all. I'm a banker. But I have a lot of important friends, and I care very much about health and surgery. Also, I'm getting half your fee for this operation. What are you getting so angry about. I really think you and I ought to co-operate."

But maybe I'm excessively and unnecessarily touchy here. Let's dig a little more and maybe I'll see I'm all worked up about nothing.

Turns out that The Third Way is the brainchild of one outfit-- Empower Schools.

We've run across these guys before in Massachusetts, where they commandeered  three school districts, with both mixed efforts and mixed results. Other reformy outfits think they're just awesome. Jennifer Berkshire (Edushyster) has visited, and found a district that was eschewing some techniques from the charter reformster playbook, but instead followed public ed rules (like, say, backfilling)-- while still leaning hard into old favorites like test-centered schools. Berkshire also found a district hemorrhaging teachers and leaders-- specifically the local, home-grown type, opening ES to the criticism of being one more group of educational carpetbaggers. As she quoted one departing teacher, "When you’re emotionally invested in the future of a place, you have a different measure of what success means."

But looking at the list of players at Empower Schools gives you a pretty good sense of what type of group we're dealing with. Let's take a look:

Brett Alessi (Co-founder and Managing Partner) Previously with Massachusetts 2020, a reformy group focused on after-school programming (they call it "expanded learning time). Also worked with Educational Pioneers, a sort of Broad Academy approach to developing school leaders. It appears that he actually taught at some point, at "public and private" schools.

Matt Matera (Program Director) An Education Pioneers alum. He was Teach for America material, and he taught at a charter school where he now serves on the board. And he was also "the Director of Human Capital Investments at New Schools for New Orleans and the Director of Innovation and Talent for Lawrence Public Schools in Massachusetts." B.A. in English and J.D. from Yale.

Kate Anderson (Director of Empowerment Zones) First of all, awesome title. She was previously at the New Profit Inc venture philanthropy firm. Before that, teacher and curriculum developer in a charter school. B.A. in biology and Asian studies from Williams.

Sarah Robb (Program manager) She comes from TNTP, infamous purveyors of "The Widget Effect" and straight out of the reformster stable. She taught biology in Chicago, at a charter school, as a TFA product.

Empower Schools also partners with other organizations, including Teach for America, TNTP, Relay/GSE and some charter management outfits. They have gotten Gates Foundation money; here's a 2014 grant of over $600K  "to support a set of pilot activities designed to increase the number of high-quality school seats in Massachusetts by leveraging flexibilities with Common Core instruction." And they also get money from the Boston Foundation, a group that never tires of pushing charter schools.


And Empower Schools is part of Boston:Forward, an astro-turfy coalition of charter schools, charter chains, and charter advocates whose motto is "The Fast Track to Great Schools for Boston."

So I'm wondering-- as all these thought leaders and policy advocates and high-powered groups sat around the table developing this vision of how public and charter schools could come together for a Third Way, exactly who was representing the needs, the concerns, or the point of view of public schools? Is it just me, or do public school voices seem as hard to locate in this crowd as alopeciac dancing yeti?

Because this certainly looks like a gathering of wolves deciding how best the sheep can co-operate with them. This certainly looks like a convocation of foxes deciding on the best security system for the hen house. "Does anyone object if we just leave this opening without a guard, an alarm, or a door? Nobody? Good. Then I think we've found a co-operative solution to our issues."

Yes, they're inviting alleged officials of the public school sector to their party, but given John King's record in New York and Jim Peyser's previous work writing (literally) the book on how to gut public schools, I'm not comforted. This is an old charter trick, borrowed from generations of salesmen-- assume the sale. Start the discussion with the assumption that, of course, charters are important, never going away, and have equal standing with the public schools, so obviously we must learn to work together, as long as by "together" you mean "according to the terms dictated by charter advocates."

As always, I will observe that I am not opposed to charters in principle, and can in fact imagine conditions under which I welcome and applaud them.

But those conditions do not include a bunch of people with no actual experience or expertise in public education pushing into a market and claiming a piece of it based on nothing more than political connections, chutzpah, and a desire to make a buck. Jennifer Berkshire will be in attendance, and I look forward to her report (as should we all), but until I hear otherwise, I'm strongly suspecting that the Third Way is just one more layer of PR massaging to better ease the transfer of a whole bunch of public tax dollars to private pockets. And despite what you may have heard, you can put a really nice dress on a hairless yeti, but it won't make her a Rockette.


Posted by Peter Greene at Monday, May 30, 2016
Email ThisBlogThis!Share to TwitterShare to FacebookShare to Pinterest