PA: Erie and The End of Public School

In Pennsylvania, we have focused on developing one of the most dysfunctional funding systems in the country. We have a huge gap between rich and poor schools. We have a charter system that allows charter schools to bleed public school systems dry (in one spectacular case, a district actually got negative subsidy from the state because their charter bill is so huge).

On top of that, the legislature messed up the pension system so badly that districts are now making massive balloon payments on their pension obligations.

And the cherry on top of this is our state government's inability to do the whole budget thing. Last year's budget was a full ten months late and several dollars short, leaving districts both to do their own budget decisions in the dark while also holding up any payment from the state at all and triggering massive cash flow problems. Everybody lost, but nobody in Harrisburg learned a damn thing, so we're already right on track to create an equally ugly mess for next year.

How bad is it, really?

Here's how bad. Erie, Pennsylvania-- not exactly a teeming metropolis, but not exactly a one horse town, either-- is considering closing all of its high schools. Yes, at a meeting this afternoon, the leaders of the Erie School District will meet to decide if it might be more doable to just send all of Erie's teenagers to neighboring school districts.

The district is looking at a $4.3 million gap, and like many districts in PA, it has no possible response except to cut, "including eliminating sports, extracurricular activities, art and music programs, district libraries, and the district's police department." Plus cutting various administrative positions out the wazoo.

PA Auditor General Eugene DePasquale has taken a look at Erie finances and determined that the crappy state funding formula and the loss of money to charters are a huge part of the problem. DePasquale has actually been saying this a great deal, all over the state, because from Erie to Philadelphia,  bad funding and a terrible charter law are guttting school finance.

It is, of course, the same death spiral visible across the country. If Erie does hang in there, how well can the public schools compete with the charters if the public schools must cut all sorts of services? This is one of the most baloney-stuffed parts of the Free Market Competition Mantra-- competition will spur Erie schools to become greater and more competitive by stripping them of the resources they need just to function. Is that how it's supposed to work?

Erie Superintendent Jay Badams has been trying his damndest to be heard in Harrisburg, and he's been known to fling some rhetoric before (back in February, he was predicting that Erie schools would go bankrupt), so it's possible that he's hyperbolizing a tad for effect, in the vain hope of getting someone in our dysfunctional state capital to a) pay attention and b) care.

But even if he's leaning on the panic button, he's not making this stuff up. Particularly in the long term, closing down the high schools and farming out the students qualifies as a viable solution. It also qualifies as a breakdown of the public education system. If the schools shut down (a process that would take over a year), what happens to the students? While there would be public and charter schools that could, maybe, take those students, there's no guarantee that there would be enough capacity to absorb those students and more importantly, none of those schools would have an obligation to absorb the Erie students (and Erie's only remaining obligation would be to pay tuition-- it would actually be to their benefit if a student is not placed anywhere). Whether the student is expensive to teach or a behavior problem or can't get transportation or the receiving schools are just out of desks and don't want to hurt their own programs through overcrowding, there will be students that nobody takes responsibility for. 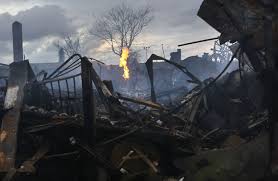 The charter and finances induced death spiral, the disaster capitalism approach to gutting public schools, puts us that much closer to a world where we could meet grown adults who say, "Yeah, I wanted to finish high school, but I couldn't find a place that would take me." Instead of drop-outs, we will have push-outs, students who didn't just fall through the cracks, but who were deliberately pushed through them.

The bulldozing of public schools in order to make room for the free market presumes that the free market has the chops to absorb what the public system turns loose. What if we burn down the public school to make room for a shiny charter, and all we end up with is a vacant lot? The biggest danger of a botched conversion to a charter choice system is not that we'd end up with a bad charter choice system, but that a city could end up with no system at all.


Posted by Peter Greene at Wednesday, May 18, 2016
Email ThisBlogThis!Share to TwitterShare to FacebookShare to Pinterest