You must read this post from Mercedes Schneider, if you have not already, showing the many connections between Education Post, the administration, and the usual gang of reformsters.

This is not news, exactly. We've seen it before. The Center for American Progress was founded by John Podesta after he left the Clinton White House and before he left CAP to run the current Clinton campaign (catch him in Connecticut, trying to distance the Clinton campaign form the same policies that CAP pushed). Go back and watch Food, Inc for just one layout of the revolving door between companies like Monsanto and the government agencies that set food policy. Go all the way back to Eisenhower and the military-industrial complex.

Oddly enough, this type of government, this way of running a group of organizations, is readily recognizable to anyone who lives in a small town. It's not about "How can we find the best person to handle this?" It's about "I know a guy."

Boy, I wish we could find somebody to get this policy pushed through. "Hey, I know a guy."

Man, if only we could get some groups started to build some support for this policy. "Hey, I know a guy."

We need somebody with the expertise and connections to run this operation. "Hey, I know a guy."

We really need to get somebody in that office who shares our vision. "Hey, I know a guy who's be perfect."

This is not meritocracy. This is betterocracy. This is operating a whole system of organizations through your personal connections with The Right Kind of People, and it doesn't matter whether the organization is a business or an advocacy group or a lobbying outfit or an agency of the US government. What matters is getting the Right Kind of People in there, people we know, people we already have connections to and who know how to get the right things done in the way that we agree with.

This is where the GOP and Democrats agree-- they may disagree about what exact policies should be followed, but they both agree that the way you get things done is by getting the Right People in the Right Positions. Letting people vote? Well, sometimes that's a tool you have to spend money to harness, but it's also great if you can work around it. Democracy has no value in and of itself. In fact, it can be downright dangerous because sometimes those crazy voters will go rogue and refuse to put the Right People in office.

And what is the charter school movement except an attempt to extend this same operating system to the education business. Isn't it simply our bettercrats looking at public education and saying, "Well, this is stupid. have to get elected? Have to get special qualifications? Have to negotiate with the help? Have to be plugged into the whole system that is NOT run by the Right People just so I can open a school? That's no good. When I want to open a school, I should just be able to call a guy I know. And if I'm looking to get some schools opened in my area, I should be able to just make some calls. And all of this should be under the management of the Right Kind of People." 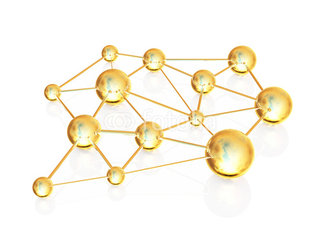 The networking is the tip off. In sectors of a small town, there are only so many qualified and interested people, so everything in certain sectors is run by the same group of people. They move around between jobs (Right now, Chris, you can help most by running this non-profit, and we'll move Pat into the City Hall job. Maybe next year y'all will trade back), but it's always basically the same group of folks. In a small town nobody may kick because nobody else cares how things are run. Or someone may kick and you get a spectacular power struggle.

In the big time, the network idea still works, but now admission to the network is tougher because you have to have the right connections, prove you have the right stuff, be able to flash the right stack of money and show of power. And of course you can still run into spectacular problems, like when some demented narcissist or cranky old guy get in the way of the people whose turn it was to get the Big Job.

But the point doesn't change. The charter school movement is about the takeover of public education by the network of Betters, the people who would like to be able to operate schools without having to deal with government and elections and rules and unions. What are operations like the Broad Academy and Teach for America except a way to formalize the injection of Right People with the Right Connections into the system? When Detroit needed a superintendent, somebody said "I know a guy" and called Eli Broad who said "I know a guy" and made a call and--whoosh!-- John Covington left one job to take another.

Sure, there are people who get into the charter biz to make money. But I'm increasingly convinced that the movement as a whole is mainly by extending the system of Government by the Right People by Way of Their Connections with Other Right People to our education system. They would like to operate schools with the same system they use to operate Ed Post and CAP and the Broad Academy. I know a guy. I'll make some calls. We need to get the Right Person working on that. Charter schools are just the logical extension of that system into the world of education. For those of us who don't know the Right People-- well, that's just proof we aren't the Right People ourselves.