Why My Children Are Not Scholars

"Why does calling children scholars make me cringe?" Rosemary Jensen

That's a Facebook post that crossed my feed today, and reminded me that I also find that labeling, a popular feature among the charter crowd, a bit gag-inducing.

Why exactly? It's hard to pin down. After all, it's a relatively harmless term. One who attends school or studies, or an especially learned or erudite person, particularly one who in expert in a particular area. Why not use language that conveys to young humans that we aspire for them to achieve great things?

And yet, I'm still kind of cringy. 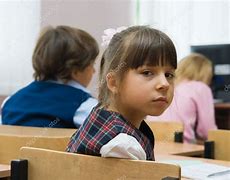 Maybe it's that it's a sign of the school trying to pump itself up ("other schools may have mere students, but we teach scholars"). Or maybe it's the attempt to verbally turn young humans into grown-ups with a rhetorical flourish. Why do that? Why try to adultify children before their time? And does that adultification serve, in part, to absolve us of having to meet their more child-appropriate needs?

But I think it might be more than that. "Scholar" sounds like a job. It sounds like a function, and as such, it verbally reduces the breadth and depth of a child's life. "You are not here to live your life," it says. "You are not here to play or socialize or to work out the dailiness of personal relationships. You are here to learn things. That's it."

There is a lot of this running through reformy ideas, the notion that children have a job to do, and that is to Learn Stuff so that they can Produce Test Scores. It is certainly at the heart of No Excuses schools, predicated on the notion that all the things that distract students from learning are "excuses" and must be stripped away by a laser-like focus on Getting the Job Done.

This suggestion that students--children--have only one function that matters runs counter to what I believe about education--that it's the business of becoming more fully yourself while learning to be more fully human in the world.

None of this means I think students and teachers should sit around all day hanging out and talking about their feelings. In the classroom, I was focused on the work, and I expected my students to be as well. But I didn't imagine that the work of my class should be the all-consuming focus of their lives. Some of them may well have grown up to be scholars, but most young humans are still learning too such about themselves and the world to become specialists with a singular focus.

This may all be overthought hairsplitting. But my ambition for my children and grandchildren is not for them to be pre-teen scholars. Humans, first. Children, second. Students, third and when in school. Scholars some day if that's what they decide they want to do.

Posted by Peter Greene at Tuesday, June 01, 2021
Email ThisBlogThis!Share to TwitterShare to FacebookShare to Pinterest